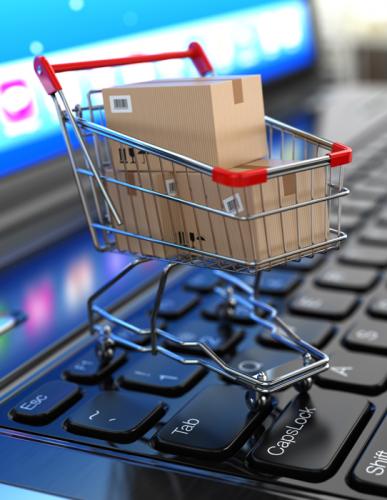 A recent report by Forrester Research Inc. predicts that business-to-consumer online retail sales (e-commerce) in the Asia-Pacific region’s five largest markets will soon surpass sales in North America and Europe combined.
Most notably, e-commerce in China and India is expected to grow rapidly between 2014 and 2018.
Forrester Research, an independent technology and market research company, projects that online retail sales in China, India, Japan, South Korea and Australia will grow from US$398 billion in 2013 to US$858 billion in 2018 at a compound annual growth rate (CAGR) of 16.61 percent.
China Continues to Grow Rapidly
E-commerce in China is expected to grow the most rapidly at a rate of 18 percent, from US$294 billion in 2013 to over US$672 billion in 2018. Western retailers, however, are expected to have a difficult time breaking into the Chinese online marketplace without assistance from professional services firms.
Currently, the Chinese e-commerce market is dominated by the Alibaba Group which owns Taobao and its smaller sister site Tmall, and ranks No. 1 in the Internet Retailer Asia 500 rankings. These two sites together, owned by the Alibaba Group, account for more than half of Chinese consumers’ online purchases.
Tmall, which operates as an online marketplace for bigger brands, and Taobao, which features smaller Chinese companies selling products in a bazaar-like setting, are often the first place Chinese consumers begin their online shopping trips. Rather than go to China’s main search engine, Baidu, online shopping portals such as Alibaba are usually the first and only place Chinese consumers visit.
China’s e-Commerce Dominated by Two Players
Because of Taobao and Tmall’s domination of the Chinese market, however, brands looking to launch online retail offerings in China must recognize the extreme market conditions that they must operate in.
While a number of larger retailers would like to market their products on their own branded sites, Tmall and Taobao’s domination of the market makes directing Chinese shoppers to company-run sites difficult.
Where Chinese e-commerce competition remains fierce is in the improvement of delivery systems which are currently a weakness of e-commerce in China. Investments in these systems can help foreign investors differentiate themselves from Taobao and Tmall, and improve their prospects for competing in China.
India Expected to Catch Up
India, by far the least developed e-commerce market of the five, is expected to grow extremely rapidly at a rate of more than 50 percent per year. According to Forrester’s projections, online retail will go from US$2 billion in 2013 to over US$16 billion in 2018.
Strict restrictions on foreign investment in e-commerce, however, have kept major retailers like Amazon and Walmart from entering the market with their standard online business models.
Instead, international computer and consumer electronics brands have been the first to enter India’s e-commerce market followed closely by the apparel and beauty brands.
Despite this, future loosening of FDI caps in India could allow the country’s e-commerce market to become a boon for foreign investors.
Optimistic Outlook
While Forrester’s projections may appear lofty, future changes in China or India’s regulatory frameworks that loosen government restrictions on FDI and e-commerce protocols could allow foreign investors to win even bigger than previously thought.
About the Author
Dezan Shira & Associates is a specialist foreign direct investment practice that provides advisory services to multinationals investing in emerging Asia. This article was first published in Asia Briefing and was re-edited for clarity and conciseness. For further details or to contact the firm, please visit www.dezshira.com.
Photo credit: Shutterstock
Read more on
digital transformation