Being Green: How Copenhagen Will Alter the CFO's Job 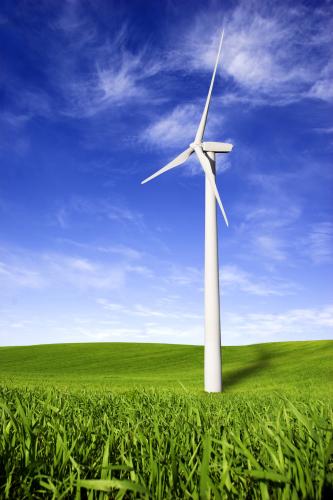 CPA Australia, a 120,000-strong professional accounting body with chapters across Asia and the rest of the world, recently issued its first sustainability report. “We understand we’re the first finance professional body to produce one,” says CEO Alex Malley. “Before we tell people what they should do, we believe we should do it first.”

Aside from carbon footprint, is there any other measurement of sustainability?

At the moment if you add other new measures you might complicate things. Let’s start with something that everyone is starting to understand.
EMISSIONS TRADING
What about the cap-and-trade scheme for carbon emissions? The Australian Senate has rejected the government proposal, but I imagine some kind of deal will be hammered out going forward.
We’re trying to get a sense of how this is going to work. Is it going to be an incentive to produce less or is it going to be a penalty to producing more [carbon]? What’s the philosophy behind this trading system? What we are advising the community and our members and organisation is that we need to start preparing. We need to start preparing for expertise in this area, we need to start due diligence on what other markets are doing.
At the moment, [the proposed Australian scheme covers] about 700 of the top emitters in the country. We’re encouraging that this should be a more broader reach, because we believe that limiting this behaviour to just one segment is losing an opportunity to really broaden the cultural change. But we believe [broadening the coverage] is going to require more incentives and perhaps some tax breaks. We don’t want to add a burden to small and medium enterprises.
Do you think this should be an Australia-only trading system or should companies in Australia be allowed to buy carbon credits outside the country to offset carbon emissions in Australia?
Our view is that for it to be relevant, [an emissions trading program] needs to have international perspective. If an enterprise from Asia comes to Australia, there’s got to be incentives for them to be able to trade between what they’re doing in Asia with what they’re doing in Australia.
The trouble is, you can’t semi-control a free market. That’s when it gets complicated. So if you’re creating a market in a global economy, it’s somewhat implausible to have a finite market within a global market. So you need to have international capabilities.
We’re very concerned to make sure that no Australian business is penalised from competing internationally because the trading system is only in Australia. We’re equally concerned that companies from around the world are comfortable to come to Australia because they can offset their emissions with other organisations. If I am looking at Australia but need to pay a high price for doing business there, I don’t want to go.
Are there any lessons from prototype emissions trading in Europe and Japan?
I think one of the lessons is that effectively emissions trading creates normal business behaviour. That means that people look for ways to cut costs. In the case of emissions trading they look for ways to cut emissions. It’s creating the behaviour that we want.
Those companies that can reduce emissions quite dramatically because of the nature of their business are in a position to make money out of emissions trading. Other companies that can’t cut as much as quickly are going to go over the limit [prescribed by governments]. That’s going to cost them money [in terms of penalties], so they’re going to try to buy [carbon offsets from other companies], and that’s creating a market.
Is that good or bad?
The good thing is, with emissions trading, the cost is not so much the dollars; the cost is the environment and [emissions trading] is trying to minimise that. So that’s a positive.
But companies also have responsibilities to their shareholders to maximise investments. How does that square with minimising the cost to the environment?
You have two major responsibilities to the shareholders. One is proper results. The second one, which few are talking about at the moment, is to prove to them that you’re going to be still in business in ten years’ time.
I believe that in the future, as this market becomes more defined, you’re going to have to, perhaps every five years, buy a license from the government to continue your business. That’s where I see this going. Because resources are so limited, if you can’t prove minimum sustainability performance, I’m talking 10 to 20 years away, then you’re going to have to, every five years, re-sign a license to continue. And that’s going to be a very different world.
Read more on
ESG reporting