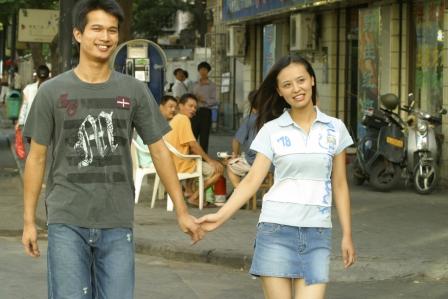 Chinese policymakers are considering changes to the country’s hukou (household residence permit) system, but numerous obstacles and differing opinions suggest that change will be slow.

The system has been criticised for essentially creating two classes of citizens. In a sign of growing public frustration, a group of local newspapers published editorials calling for reform in the lead up to the annual National People’s Congress meeting that started on March 3. Government officials have been acknowledging the system’s limitations for at least a decade.
Hukou laws came into being in the late 1950s, partly as a way to segregate urban and rural citizens and to regulate movement between regions. As China’s economy developed, different cities created different welfare programs, with wealthier cities creating more generous social security systems.
Cities also regulate on the basis of hukou. Beijing’s hukou is one of the most sought after in China; employment opportunities such as the ability to operate a taxi in the city depend on having a local hukou.
There are certain steps that can switch a citizen’s hukou; these requirements can change and depend on the city. Marriage to a ‘local’ is a typical step. Purchasing a property led to hukou in Beijing and Shanghai for a time; this route has since been closed.
A college education helps, which is part of the reason parents emphasise this for their child. Employment in some businesses can also lead to a local hukou, giving a hiring edge to big, typically state enterprises in the coastal cities at the expense of smaller or inland ones.
The central government historically maintained some internal travel restrictions based on a citizen’s hukou status out of concern that uncontrolled migration from rural areas to wealthier coastal cities would create slums, hurt social stability and deprive inland areas of able workers, but the restrictions have generally fallen into disuse.
However, the hukou system still creates some disincentive to internal migration. Children take the hukou status of their parents rather than where they were born, and migrant families do not receive the subsidised healthcare, housing, education and other benefits that locals in wealthier cities can get. There are also other hassles for migrants such as when applying for passports or registering marriages.
Despite official recognition that the system is in need of reform (Premier Wen Jiabao pledged reform in 2004), change has been minimal. The biggest obstacle to reform is that welfare benefits in China are administered and funded at the local level. Creating a uniform, nationwide system would require benefits to rise to Beijing and Shanghai’s level (because residents there would not want benefits cut). This is too costly for the poorer cities and even for the central government, if it were to pick up the tab.
Economic development in the western regions could help by easing migration to the coastal areas and reducing the gap in incomes and welfare benefits. An aging population means that cities could eventually even result in competition to attract migrants, which seems to be the direction that Shanghai is moving to.
About the Author
Alaistair Chan is an associate economist in the Sydney office of Moody's Economy.com.
Read more on
credit management China