Avoiding the Taint of Corruption 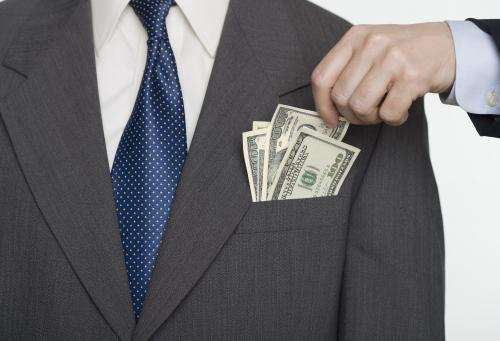 The Foreign Corrupt Practices Act (FCPA) is a United States act, but it applies to any organisation with operations in or transacting business through the U.S. It is being strictly enforced and liability for acts in contravention of the law now covers not only corporations and executives in charge of operations, but also investors.

The U.S. is leading the way with respect to enforcement and prosecution of bribery and corruption, but other countries that are signatories to the OECD Anti-Bribery Convention are also focusing on regulatory efforts to meet the standards they committed to under the convention. (The 38 countries that have ratified the convention include Australia, Japan, Korea, New Zealand and the European Union states).The increased focus on enforcement globally along with a trend to hold individuals liable, either criminally or civilly (as was the case where executives settled with the U.S. Securities and Exchange commission under a theory of Control Person Liability with respect to a foreign operations’ books and records), has focused investors’ minds.
In addition to the trend of prosecuting individuals for violations of bribery and corruption laws, penalties and fines being assessed against individuals and organisations are now commonly reaching into the tens of millions of U.S. dollars, and in some cases even more.
Organisations that incur penalties and fines for non-compliance with the FCPA may also find that they suffer from a loss of investor confidence, loss of revenue based on illegal conduct that U.S.-owned companies cannot condone, and, in some instances, indictments or convictions that put the acquirer at risk of being barred from doing business with federal governments.
FCPA Issues in Due Diligence
In the context of M&A, acquirers need to assess the existence and awareness of systems and controls over the following areas:
Based on the information learned through due diligence, a company may decide that the corruption and/or liability risk is tolerable. However, it may decide that the risk is so high that the value of the relationship is significantly reduced. In many instances, the company can then address corruption risks through appropriate contractual rights and contingencies with the counterparty. In other instances, it may need to undertake further due diligence (or an investigation) and to seek assurances from the US Department of Justice regarding possible successor liability.
In some cases, an acquirer may conclude that it is simply too costly (or impossible) to change the target’s embedded culture of corruption.

Assessing FCPA- related risks is an important step, but one that should not be conducted in isolation from more conventional financial and tax due diligence procedures. Much like these other steps, the findings can play an important part in determining successor liability, revenue estimates and value attributed to goodwill. Fully assessing FCPA risks can require the involvement of legal counsel and forensic accounting resources, alongside conventional Transactional Advisory support.
Planning is important because it may make sense to adopt a phased approach to FCPA due diligence that includes, among other key steps, risk assessment interviews and identification and validation of red flags. Initial findings may create a case for further due diligence focusing in particular areas, for example relating to specific geographies, third party relationships, and commission, incentive and compensation structures.
Certain divisions of a business may offer particularly strong opportunities for corruption, particularly if they are cash-intensive business lines or operations involving licenses or contracts with governments, government agencies, or state-owned enterprises. Acquisition targets with complex organisational structures, multiple reporting lines and overseas business units exercising a degree of autonomy may also imply that an investor has to deal with multiple cultures and an increased likelihood of the occurrence of corruption and bribery, and financial frauds.
The FCPA makes clear that a company is not only prohibited from offering or making payment directly or indirectly to a foreign official; it is also liable for payments made on its behalf by agents or distributors. Red flags would therefore include excessive reliance by the target company on agents as a means of obtaining work, a lack of agent contract terms and monitoring, unusual payment terms and unnecessary third parties performing services (for example, a losing bidder subsequently being hired as a subcontractor).
Routine financial due diligence should be complementary, as a review of the target company’s financial records should help in determining whether such books, records and accounts accurately and fairly reflect all transactions and expenditures that have occurred and can provide the basis or foundation for further investigations and analysis.
Time to Look Again
In light of the many FCPA fines that have been imposed on multinationals in the past two years, any company with a U.S. nexus should consider the need to evaluate their FCPA compliance efforts.
The FCPA is a particular concern for companies considering mergers or acquisitions. For those acquiring a company with a portfolio of assets and interests across different emerging markets, the risks are magnified and the value of professionals familiar with local market conditions cannot be underestimated.
It is crucial for acquirers, especially those involved in deals that have high-risk characteristics, to include a forensic FCPA component in their due diligence process. Early discovery will enable the target and acquirer to adequately address the legal and business issues before a deal is completed.
Forensic due diligence such as this should be seriously considered when acquiring not only a distressed asset but also an entity that appears to be performing strongly. Apparently strong financial performance may mask fraudulent activities, and in an environment of change the likelihood of relationships unravelling or presenting legal and operational risks increases.
Bribery and corruption have traditionally been considered as an inherent risk or feature of business in many parts of Asia Pacific. But increasing interest in corporate governance and transparency within the region, and the more pervasive reach of legislation such as the FCPA, means that companies can no longer take this issue lightly.

Why the FCPA Matters