Attracting Accountants: Bring Back the Enticement 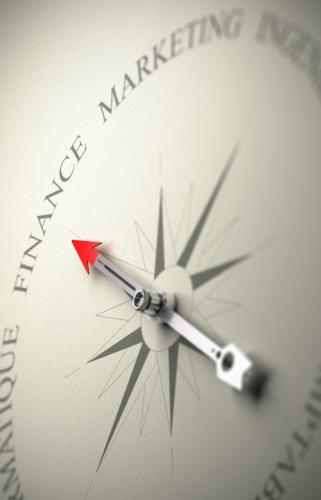 CFOs are corporate stewards and gatekeepers of an organization’s coffers. They are held accountable for the company’s financial well-being and work to ensure all is in order compliance wise.
Although many in the profession carry out such functions in the background, leaving other members of the C-suite to take the spotlight, incidents such as the Enron scandal have attracted public scrutiny to the auditor and CFO roles and the quality of reports produced by the profession.
“Enron is the best thing to have happened to the profession,” said Ravi Arumugam, chief executive and managing partner at public accounting firm RT LLP.
“Good things happened as people started to recognize who auditors were and looked at them as the ones to be blamed for scandals of such magnitude. Institutes all over the world woke up and started paying attention to the quality of financial statements.”
Arumugam was speaking at a panel discussion organized by the ICAEW.
The Enron case and other like scandals may have brought to light the importance of the CFO role, but while it used to be the norm for CFOs to have a chartered accountancy background, the situation appears to be slightly different today.
“While many CFOs are chartered accountants, this isn’t a hard and fast rule, particularly in the United States,” pointed out a member of the floor who added that many CFOs in Singapore are instead MBA holders.
“The MBA is eating into the CFO turf; people assume chartered accountants are respected, but there are only two areas reserved for accountants in Singapore – in audit and liquidation.”
This somewhat depressing pronouncement was followed by a debate on how the chartered accounting profession could be revitalized and revamped.
Perceptions
The demand for quality financial accounting continues, is perhaps more rampant that ever due to groundbreaking events such as the global financial crisis, but the profession is facing challenges with attracting talent in many parts of the world, said panelists.
Several reasons were put forward for this dismal state of affairs, with the primary fact being the lack of recognition the public has of the profession.
“None of the Ivy League universities in the United States offer an accountancy degree, so the profession is theoretically unable to fish from the best talent pool,” said Michael Izza, chief executive at ICAEW.
“Few would be able to conceive why anyone would choose to pursue accountancy over a law degree.”
CFO for City Developments Ltd Ann Nee Goh also questioned if accountancy was viewed as an unexciting profession. “There are television serials about doctors, lawyers and policemen but I know of none that feature accountants. Are we being seen as boring?” asked Goh.
Izza contrasted this state of affairs to that of the United Kingdom, where chartered accountancy is viewed as a premier professional choice, partly due to the fact that the profession pays well. “That’s where Singapore should be headed.”
Progression and Retention
Panelists agreed attracting top talent was the way forward and several potential solutions were discussed, including the monetary aspect.
“The branding of the chartered accountant needs to be looked at creatively,” said Arumugam, who added Singapore’s low audit fees compared to Hong Kong and China likely resulted from the lack of recognition of the value of such services.
“Graduates in Singapore can call themselves CPAs after three years of practice, and it’s absurd,” Arumugam continued. “This will destroy the profession. The launch of QP was a good thing, as it adds value to the profession.”
In addition to remuneration, panelists also discussed the chartered accountant’s career progression path. “Some candidates aspire to be board members while others are content to perform bookkeeping functions,” said Izza.
“We have to make it known that being a CPA is a platform for one to do many other things beyond the straight finance role.”
Izza’s point was echoed by Goh, who recalled a recent encounter with two American students from Ivy League colleges aspiring to work in UN humanitarian programs. Interestingly, the job required candidates have backgrounds in finance or accounting.
“They [the students] told me they never thought of pursuing accountancy,” said Goh. “What many don’t realize is that you can pursue a chartered accountancy degree but your career could change in the years after.”
Chartered accountants bring prized qualities to many jobs, Goh continued. “We are trained to bring a balanced approach to the table and ours is a profession that advocates communication.”
Fresh Insight
Inviting more candidates from outside of the accounting profession to get chartered accountant certification could be a feasible way of easing industry shortage, said panelists. Izza himself trained as a chartered accountant after getting his law degree.
Uantchern Loh, chief executive of the Singapore Accountancy Commission (SAC), said, “QP in Singapore is 100 years behind the UK and 14 years behind Hong Kong. Singapore needs to catch up, especially due to the industry shortage. The UK already has candidates from other professions training to be accountants.”
Chief executive of ISACA Fook Chew Lee agreed, adding that having a CPA whose background lies outside of accountancy could provide other members of the company with fresh insight that could benefit the organization.
Lee’s point is reflective of an earlier statement by Brian Tsui, a research director at advisory firm CEB, who said that having a member of the finance team that could speak both IT and finance languages could help bridge the perennial gap between the finance and IT departments, particularly when both work together on IT projects.
Arumugam, whose work experience includes stints in the United States, the United Kingdom and Singapore, was wholeheartedly supportive of welcoming new and diverse blood into the profession.
“In London, we had architects, lawyers and docs all training as CPAs and they made fantastic accountants,” said Arumugam.
“Most fresh accountancy graduates get hired by banks and larger firms, so this would be a great step forward for Singapore.”
About the Author
Melissa Chua is a Contributing Editor at CFO Innovation.
Photo credit: Shutterstock
Read more on
accountancy human capital management