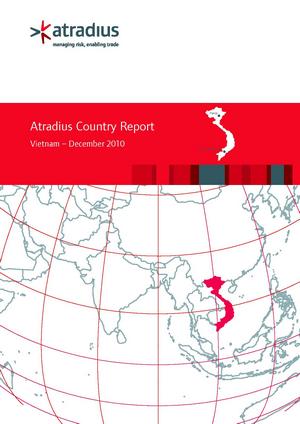 Overall, a 6.4% GDP growth is expected in 2010, based on increased private investment, consumption and non-oil exports. Due to the massive stimulus package, the budget deficit increased to 8.9% of GDP in 2009.

Vietnam’s high inflation (above 8%) is the result of the government’s expansionary fiscal and monetary policy in order to boost economic growth ahead of an important Communist Party congress in January 2011. Both the increase in loans and the Dong devaluation (devaluated three times since November 2009 to support exports and to narrow the trade deficit) endanger price stability. Rising inflation, in turn, increases the downward pressure on the Vietnamese currency. The Central Bank finally shifted its policy to combat inflation in early November 2010, and raised the base interest rate to 9%. Although the government has indicated that it would refrain from further currency depreciations, the Dong will remain under downward pressure.

Growth is expected to increase to nearly 7% next year. Inflation is expected to remain high in the coming months and reach 9.1%. The government needs to continue to convey an unambiguous commitment to combating inflation and an assurance that it can avoid a further widening of the trade deficit. The budget deficit will remain persistently high at 6.7% of GDP.