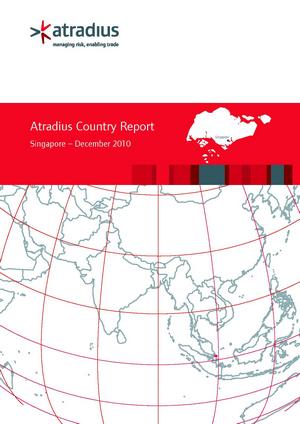 As a result of the global crisis, Singapore slipped into its worst recession since independence, due to a dramatic decline in transhipment, tourism and the export of electronics. As global demand picked up again and the Asia-Pacific region showed robust growth rates, Singapore’s former weakness became its strength again. The recovery in 2010 has been impressive, with year-on-year growth rates of 16.9% and 19.5% in Q1 and Q2.

Despite massive stimulus measures during the crisis the 2009 and 2010 fiscal deficits are modest: at 1.0% and 0.7% of GDP respectively. Singapore’s fiscal discipline is excellent, and over the long term the budget is balanced.

After an exceptionally high growth rate of more than 12% this year, GDP growth will moderate to about 4.0-4.5%, as decreasing global growth will reduce export demand. However, growth in Asia-Pacific region is forecast to remain robust, with strong domestic demand and driving intra-regional trade.