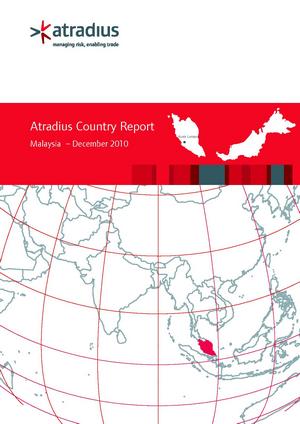 After a strong rebound in the first half of 2010, the economic slowdown registered in the third quarter of 2010 will continue into 2011. GDP will grow by 4.3% next year, sustained by household consumption and private and government investments, while exports (electronics) will decline.

As any improvement of Malaysia’s credit rating and to more long-term investment is constrained by the weak fiscal position, the government has committed itself to reducing the budget deficit to below 3% by 2015, by widening the tax base and cutting subsidies. A reduction of subsidies for food and gasoline this year will help to bring the deficit down to 5.6% of GDP. However, at 5.5% of GDP, the budget deficit will decrease only modestly in 2011, while inflation is expected to increase to 2.7% due to continued growth in domestic demand and as some more subsidies are cut.

In order to maintain high growth rates and attract more foreign direct investment, more structural reforms are necessary. This encompasses the cleaning-up of the large number of Government Linked Companies by selling stakes, reducing red tape, and further reforms of the affirmative action policy, thus moving towards a liberalization of rules and quotas.