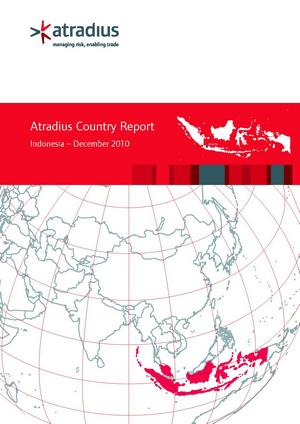 The economy grew 6.2% year-on-year in the second quarter of 2010 and 5.8% in the third quarter, thanks to continued strong domestic consumption, investments and a rebound of exports. After a substantial decline in 2009 exports have improved strongly in 2010. For the whole of 2010, the GDP growth forecast has been revised upwards from 5.6% to 5.8

Authorities have become increasingly worried about the massive inflow of speculative capital, which is driving further appreciation of the rupiah and could harm the economy if foreign investors were to decide to pull out quickly. As a safeguard, Bank Indonesia introduced capital controls in July 2010.

In 2011 GDP growth is expected to increase slightly to 6.0% after a 5.9% growth rate this year, led by domestic private sector demand. Indonesia’s relatively low reliance on external demand means that it should be largely unaffected by a possible slowdown in global growth. As inflation is expected to gradually increase, Indonesia’s central bank may raise interest rates in the coming months. The country will keep its good solvency, comfortable liquidity and positive current account in 2010 and 2011. In order to secure long-term growth, more long-term foreign direct investment is needed to compensate for the shortage of domestic capital.