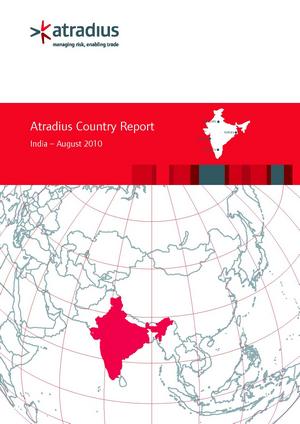 Currently the Indian economy seems to be overheated, with high growth and inflation rates. Real GDP growth increased 8.6% in Q1 of 2010 and is forecast 8.0% this year, driven by the booming services and manufacturing sectors and private consumption. Overall inflation was 13.7% in June 2010 and is expected to average 11.4% this year, and wages as well as prices for capital goods, shares and real estate tend to rise rapidly.

Most sectors which faced difficulties in 2009 (principally steel, automotive and real estate) have recovered, and the automotive industry is even booming again. Domestic car sales grew very strongly in the first half of 2010, reflecting the increased purchasing power of the Indian middle class. The rebound in the automotive sector is positively impacting other sectors such as steel. In the ICT sector prospects are quite good due to increased levels of disposable income and relatively low levels of PC penetration in India.

Real GDP growth is forecast to remain high in 2011 with 8.1%, and inflation is expected to slow down. While government spending on badly needed infrastructure projects will further boost domestic demand, this also means that the administration will continue to run large budget deficits.