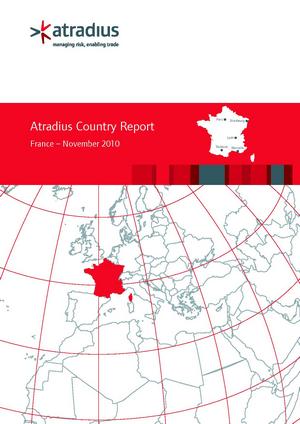 Real GDP growth improved again in Q2 of 2010, by 0.7% year-on-year (Q1of 2010: 0.2%) and by 2.6% on the previous quarter (see chart below). This increase in growth can be attributed primarily to higher production and household consumption. Total domestic demand (excluding inventory changes) increased 0.4%, after its 0.2% fall in the first quarter.

Private consumption rose by 0.3% on the previous quarter in Q2 of 2010, contributing positively to GDP growth. Household consumption of manufactured goods increased by 1.5% in volume in September after a 1.6% decrease in July. However, the recovery of French industry has recently shown some signs of weakness. In contrast to export-driven economies like Germany, French businesses profit less from the strong demand of some emerging economies. Real private fixed investment remains subdued.

The International Monetary Fund (IMF) expects the French economy to grow by a modest 1.6% year-on-year in 2010 and 2011, with private consumption hampered by high unemployment and the expiry of the government’s stimulus measures.