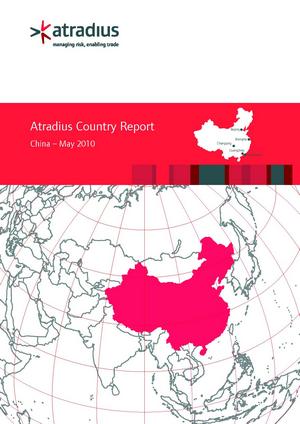 In Q1 of 2010, economic growth increased to 11.9% from 10.7% in Q4 of 2009. High investment spending (especially in construction and real estate) has been the main contributor. However, there are concerns about overheating and the sustainability of the high growth rates because of increasing asset price bubbles in the real estate sector (especially in the large cities) and the stock markets. At the same time, some industries still face production and operation difficulties due to overcapacities and lower external demand. The banking sector risk will increase in the medium-term, as the (politically motivated) strong increase in lending in past year will result in deteriorating assets and higher non-performing loans (NPL).

The high bilateral trade surplus and the exchange rate continue to cause friction between Washington and Beijing. Rising trade protectionism and anti-dumping measures by the US and the EU threaten to impact exports by increasing costs and reducing demand in several sectors, such as tyres, steels, etc, which could slow down export recovery.

After a GDP contraction of 2.6% last year, The Hong Kong economy will rebound by 4.6% this year, driven by a recovery of exports and investments. Especially the strong demand from mainland China will support exports and services. A potential risk is the possibility of a property bubble, as prices have risen sharply over the last year.