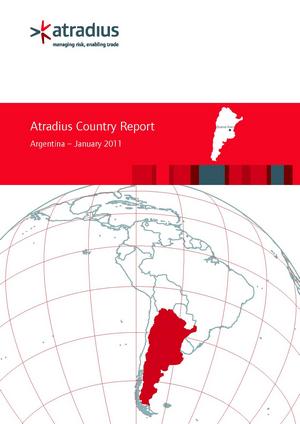 With China playing a major role in Argentina's imports and exports (6.6% and 12.4% respectively), companies should note that the economic upswing has triggered a growth in imports, exceeding the, also growing, exports of 2010/11, and causing lower trade/current account surpluses.

In 2010, the economy recovered strongly, with GDP growth of 8.3%, thanks to benign external conditions, record grain harvests and expansionary macroeconomic policies. Strong demand for commodities from the booming markets of Brazil and China has propelled Argentine exports.

Economic figures point to a moderation of GDP growth in 2011 - to 5.1% - and high inflation. Economic policy is too expansive in view of the real inflation figures of 15-20% and the rising budget deficits. . Despite the prospect of a final debt settlement with the Paris Club, the credit default swap (CDS) spreads on Argentina are still the highest in South America, and continue to bar its access to the global financial markets.