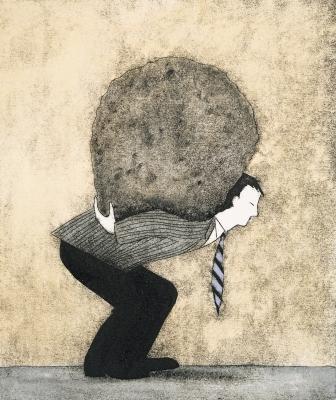 If you are a rising Asian business leader, and as a CFO you surely are, there is a one-in-two chance that you are thinking of leaving your job.

That is the conclusion of a new study carried out by the Corporate Executive Board (CEB), an industry group that counts more than 5,300 companies in 50 countries as members. “Well over one-half of surveyed leaders in Asia have been in touch with a recruiter or headhunter in recent months, as compared to one in four outside Asia,” says the report, Closing the Leadership Gap in Asia.
Why? In Asia, the reason appears to be a combination of stress, disempowerment and the sheer number of job opportunities. “I find [job switching in Asia] happening after about a year,” CEB Global Chief Researcher Conrad Schmidt told CFO Innovation. “Everything is a little bit in hyper-drive in Asia compared to what I have seen in the States.” In the US, where he is based, people are most likely to move on after about three years with their organisation.
Asia’s business leaders are also younger. The average age of corporate leaders in Asia, including CFOs, is 38 years. In the US and Europe, it is 43 years. The average work experience of the region’s corporate leaders is 16 years – versus 22 years in Western developed markets. The average tenure with the current employer is eight years, compared with ten years in the West.
“When you start talking about a younger labour force, you are naturally going to have issues of experience and skills development,” Schmidt observes. Combine that with the many opportunities in the world’s most dynamic and fast-growing economies and you have an environment where people tend “to move frequently from career to career, from job to job, from company to company.”
The outcome is what Schmidt calls a “leadership gap” in Asia – a situation in which there are too few senior leaders with the experience and skills to help their company navigate the competitive waters of a steadily globalising business world.
Disempowered, Stressed
The finding that is mostly likely to find resonance among the region’s CFOs is probably the one about disempowerment and stress. The CEB study finds that more than one in four of the 300 leaders surveyed mostly in China, India and Southeast Asia (the global sample is 3,000 senior executives) feel significantly disempowered, “leading them to question their effectiveness with their current employer.”
According to the report, “leaders in MNCs are particularly vulnerable to being left ‘out of the loop’ on decisions made in distant headquarters, while many rising leaders in local firms find themselves on the outside looking in on strategic decisions made by family-dominated boards, close-knit advisors to the founder, or government stakeholders.”
Click on chart to enlarge
ONE IN FOUR LEADERS IN ASIA ARE NOT ALLOWED TO LEAD

This disempowerment combines with stress – 50% of Asian leaders say they endure extreme pressures compared with 38% in the West – and an abundance of job opportunities to encourage job switching. Fifty two percent of Asia’s current business leaders have been proactively contacted by a headhunter or recruiter from another organisation in the past three months, compared with only 28% who said the same in the US and Europe.
An even higher proportion, 56%, of Asia’s future leaders – HIPOs (high-potential employees), in CEB-speak – have also been contacted by recruiters in the past three months. The CEB conducted a separate survey of 60,000 Asian entry-level managers and ‘individual contributors’ – meaning accountants, engineers, HR practitioners and other professionals.
Asian leaders of MNCs appear to be more vulnerable to stress than their counterparts in local companies. Many of them extend their workdays to coordinate with stakeholders on the other side of the world, says the report. “They will continue to so until the moment they burn out or abandon their company for another organization that promises less stress or greater rewards.”
The study finds that 25% of senior leaders in Asia and 33% of high-potential employees have looked for a job with another company over the past year. Not all of them actually left, but the numbers are sufficiently high enough to stoke worries about abrupt departures disrupting teams and derailing projects.
Quality of Leadership
The report also paints a disquieting picture of next-generation leaders – and even of the current business leadership.
“Among Asia’s rising leaders (senior and middle management), just 26% believe their successors are ready to move to executive roles, as compared to 43% in the rest of the world,” the CEB reports. “Traditional management systems that take for granted an expansive, well-prepared leadership team will likely fail in this environment.”
Click on chart to enlarge
FEWER RISING LEADERS ARE READY TO LEAD

In their turn, those same rising leaders do not impress their subordinates much. Asked to rate the effectiveness of their bosses on people management, influence and relationships, process management and business and strategy, the 60,000 employees surveyed “rate leaders in Asia lower than their peers from the rest of the world in all skills except one – business acumen,” according to the report.
“Leaders in Asia know the business basics of their market better than outsiders, but they don’t know how to best mobilize and organisation to succeed in it,” the report concludes. Leaders in Asia score poorly on the top-five most important competencies (yellow bars in the chart below) – team building, communication skills, problem solving, enterprise vision, and strategic thinking.
Click on chart to enlarge
LESS EFFECTIVE AT CORE LEADERSHIP SKILLS

Perils of Youth
Don’t get us wrong, says Schmidt. Asia’s leaders are “very technically competent, especially if they are in a technical field like engineering. We also find them to be highly competent in basic business as well; they’re well-trained in financial methodologies and can create a balance sheet.”
However, the survey results are telling him, and this is confirmed by his own interactions with CEOs, CFOs and other senior executives, that “what Asia’s rising leaders struggle with are more the big-picture skills as well as the connective skills that help them lead organisations.”
Schmidt traces this state of affairs to the leaders’ relative youth and rapid advancement as they ride the wave of Asia’s frenetic economic and business growth. Many had been rushed into transitioning from operational to leadership responsibility.
You need time to “understand the long term strategic impact of the business and translate that down into specific roles and activities that [leaders and their team] need to engage in,” Schmidt says. Without the luxury of time, “you don’t get the opportunity to actually experience the job long term, to have success and failure at the same time, to learn from those successes and failures.”
“And obviously if you haven’t spent enough time in the company and in one job, it’s really hard to do all that,” he adds. “You don’t have enough time to learn the culture, learn the company, learn the market. Part of being a leader is being able to identify resources, align them with both the near and longer term set of strategic and operational objectives, which I think these folks are struggling with.”
Cultural mores may also play a role. “I think,” says Schmidt, “it’s really tough for an Asian rising leader to admit or recognise that sometimes one of the best ways to develop is to try and fail.”
What Companies Can Do
The CEB recommends three courses of action:
“I think the frequent movement of people within jobs and location is important, but I don’t want to overstate it,” says Schmidt referring to schemes such as the 2x2x2 programmes of a number of MNCs, which require high potential talent to have experience working in two business sectors, two countries and two different functions. “There’s a tendency to create unrealistic career paths. We frequently find some of the Western multinationals moving people too quickly.”
What works better is creating “credible career paths that chart a trajectory to personally fulfilling jobs and leadership roles,” says the CEB report. However, these plans “need to be managed with frequent, consistent communications that involves both the leader and management successfully proving an engaging career path.”
Under this recommended approach, MNCs are urged to “identify your best leaders in Asia and keep them in the market – suspend their movement to slower growth markets, avoiding questionable developmental rotations.”
MNCs should also move their highest performing and experienced global leaders to Asia, “not just those who meet the basic requirements or are most willing to relocate.” But these leaders should not simply take over. Asian leadership must be gradually localised by building “robust, deep succession plans and individual leader career plans.”
Headquarters should also entrust their Asian offices with greater autonomy in operational planning and resource allocation, the CEB urges. According to its report, “in the near term, institutionalised off-cycle mechanisms used to reassess targets and budgets help leaders balance the need to improvise with analytical rigour.”
“In the long term, regional leaders perform best when they trust the corporate centre to hold to its commitments, especially with regard to longer payoff activities, such as product development.”
Off-cycle reassessment of targets and budgets should also help relieve Asian executive stress. The CEB reports that the Asia business is expected, on average, to deliver growth that is five percentage points above the rate of regional economic growth – “a target that can only be reached by capturing significant market share from the competition.”
Importance of Failure
The CEB’s main focus is on MNCs, but its findings and recommendations are applicable to local enterprises as well.
Schmidt emphasises the importance of allowing Asian leaders and HIPOs to fail, which is the probably the best learning tool there is. This will require giving them sufficient responsibility in “stretch roles” that will test and build leadership as well as broaden their management skills, particularly team building, communication skills, problem solving, enterprise vision, and strategic thinking.
But a support system must also be made available, such as mentoring, performance monitoring and feedback mechanisms.
“Many new leaders believe they have to prove their worth by achieving big, quick wins in their new roles,” says the report. This is important in winning the confidence of superiors, but being overly driven is most likely to lead to failure.
Companies can avoid this ‘quick wins paradox’ by helping new leaders identify the quick wins “for, and with, their teams and organisations.” An expansive peer-support network is a big help, along with “requiring transitioning leaders to focus on team success rather than individual success.”
Above all, executives in stretch roles must be protected from the negative impact of failure, especially on future career opportunity. So long as they demonstrate they have learned from their mistakes, they must be allowed to continue on the engaging career path they and the company have mapped out.
About the Author
Cesar Bacani is Editor-in-Chief of CFO Innovation.
Read more on
human capital management communication skills strategy setting