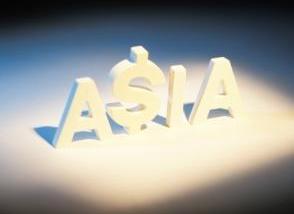 The region is expanding, with normal growth resuming following the financial crisis. Entering 2010, the pattern of global growth resembles the turn of the last decade, with most economies being driven by China. Last year and so far in 2010, surging Chinese demand has powered the region’s export recovery, making China the largest trading partner for a growing number of countries. Yet thanks largely to accommodative fiscal and monetary policies, domestic demand is also strengthening, putting the region on a self-sustained expansion path this year and beyond.
Employment
Strong employment growth underpins improvement in domestic demand. The region has some of the world’s healthiest labour markets, which in turn are fuelling payrolls, confidence and consumer spending. Most unemployment rates in the Asia-Pacific region are falling and are at half the levels witnessed in the U.S. and Europe. Even more impressive, most business surveys, except for Japan, show households upbeat about employment and income prospects, which should drive stronger private consumption this year.
Australia’s labour market appears to be the most buoyant, creating a whopping 215,000 jobs since September and pushing the unemployment rate down to 5.3%. Skill shortages have emerged, suggesting the unemployment rate could fall further. Jobs are also being added in Taiwan, thanks to surging external demand for manufactured goods, and boosting retail sales. Taiwan authorities are optimistic that the island’s unemployment rate will move below 5% by year end.
The picture is less rosy in South Korea, where a jobless recovery appears under way and consumer spending has been hampered by a decade-high unemployment rate. Meanwhile, improvement in Japan's unemployment rate has largely resulted from a shrinking labour force and not job creation. New Zealand's labour force is expanding as the outlook improves, but the country’s slow emergence from recession is weighing on jobs growth.
Along with employment, consumer demand should also receive a boost from stronger property markets. House prices are galloping in China and Australia, buoying wealth and household willingness to spend, the polar opposite of the picture in the U.S. and U.K.
Investment
Much of the positive jobs outlook stems from improvement in private investment. Foreign direct investment flooded back following the financial crisis, notably to China, but also to Southeast Asia, lifting construction and capital spending in new factories, machinery and equipment.
Rising investment boosts future productive capacity and creates jobs, which should also support policymakers' efforts to rebalance economies toward domestic demand-driven growth. Even China has initiated policies designed to lure foreign direct investment. Following a subdued couple of months at the start of the year, inflows to China in March totalled US$9.4 billion, up more than 12% from a year ago.
China’s investment surge has driven demand for raw materials and capital goods, drawing imports from all over the region. Japan has been a major beneficiary, with surging shipments to China offsetting weak domestic demand and an appreciating yen. China’s ongoing industrialization will make it a significant source of demand for commodities for years to come.
Iron ore and coal from Australia, base metals from Indonesia, and dairy products from New Zealand are all boosting exporters' incomes. The Chinese economy is expected to grow strongly during 2010, which will have positive flow-through benefits for the region’s exporters over the rest of the year.

Yuan appreciation may help in this regard; if China revalues its currency as expected in the third quarter, its importers will see their purchasing power rise.
Withdrawing monetary stimulus
Central bankers are growing convinced the recovery is on firm footing and most are now withdrawing the monetary stimulus. As output reaches potential, monetary policy needs to shift.
In Singapore, stronger than expected GDP growth in the first quarter prompted the central bank to revalue the city-state's currency upward 1.1% against the U.S. dollar. The monetary authority will allow gradual appreciation against a trade-weighted currency basket to temper inflation pressures.
The rapid pace of Chinese growth also supports monetary tightening to manage inflation and keep a lid on burgeoning house prices in the mainland. Chinese consumer prices moderated in March, but producer prices rose faster than expected. Allowing appreciation of the yuan would help contain imported inflation, but raising interest rates could constrain loan demand, investment, and household purchasing power.
Inflation
Inflation is rising in most economies, with much of the pressure coming from higher global commodity prices. Rising food prices due to poor monsoon rains last year are pushing up supply-side inflation in India. The Reserve Bank of India hiked interest rates in March and April, but this was in response to strengthening domestic demand and excess liquidity in the financial system, rather than to rising consumer prices.
Meanwhile, the Reserve Bank of Australia is clearly concerned about demand-side price pressures. Inflation hit the top of the central bank’s target range in the first quarter, indicating policymakers will hike the policy rate again in May.
The threat of inflation in South Korea means its policymakers would like to hike, but a decade-high unemployment rate will stay their hands a bit longer.
Despite subdued inflation, forward-looking central banks such as Malaysia have begun tightening monetary policy, concerned about financial imbalances arising from asset bubbles and spiraling prices.
Thailand wants to follow suit but is being held back by political turmoil. If and when protests end, the Bank of Thailand is set to begin normalising the policy rate. Similarly, the Indonesian central bank is expected to hike rates this year, despite a comfortable current inflation rate.

In contrast, deflation is firmly entrenched in Japan. Wages are falling and the economy is not yet strong enough to add jobs, which constrains domestic demand. The Bank of Japan is hamstrung and is expected to keep the policy rate at its lower bound for the foreseeable future.

Meanwhile, soft inflation readings in New Zealand over the last two quarters could cause policymakers to delay a first hike until after midyear.
Accelerating growth
The contours of the Moody’s Economy.com outlook for the Asia-Pacific region have not changed, with most countries enjoying expansion this year. For now, continued rapid growth in China and a stronger than expected U.S. recovery are lifting activity across the region. The region’s growth is forecast to accelerate in 2011 and 2012 as the global recovery evolves into a self-sustaining expansion.
On the domestic front, private investment and foreign direct investment inflows will recover amid rising business sentiment and higher capacity utilisation. Stronger labour markets will bolster payrolls, drive confidence, and boost consumer spending. Strengthening domestic demand will see imports accelerate sharply and exceed export growth, causing trade deficits.
Government spending should continue to contribute to growth as fiscal stimulus policies play out, but reining in large budget deficits will be most governments' main priority. Problems in Greece provide ample warning to fiscal policymakers to reduce spending and improve revenues.
The region remains heavily dependent on export growth, however, and the outlook beyond this year is intrinsically tied to export destinations China and the U.S. Continued strong Chinese demand and a fast improving U.S. economy augur well for export growth in 2011 and 2012. Exports would be even stronger if Europe's recovery gains traction. Efforts to help bail out heavily indebted European governments may help in that regard.
Downside risks
Major downside risks to growth are inflation and asset price bubbles. Inflation is tame thus far, but as economies expand and output exceeds potential, price pressures could accelerate. If commodity prices continue to rise and domestic demand boils over, sharper monetary tightening will be needed, restraining the upturn.
Soaring house price gains witnessed across the region could also stoke inflation and encourage debt-fuelled consumption. Policymakers will want to keep real estate activity strong as it boosts confidence, wealth and investment, but will also try to engineer a moderate slowdown, rather than risk repeating the boom-bust experience of some developed economies over the last decade.
About the Author
Matthew Circosta is an economist in the Sydney office of Moody's Economy.com.
Read more on
economic outlook