Asia and the Reinvention of the Multinational 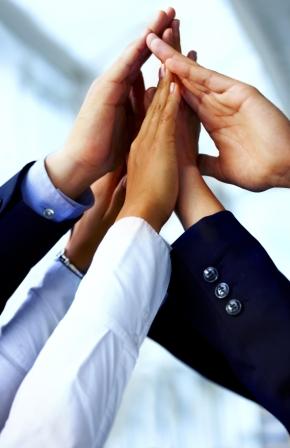 This article first appeared in KPMG Agenda, Issue 5, March/April 2010.
Karl Marx was right in a way. A spectre is haunting capitalism – just not the one he imagined. Instead of a proletarian uprising, managers of the world’s largest corporations are wrestling with a different kind of revolution: the fact that the vast majority of their employees, sales and facilities are outside their home country. In a global economy that has recently given violent, conclusive proof of its volatility, their ability to manage their sprawling organizations is under threat.
Call it the next fundamental evolution of the multinational. Once the quintessential U.S. corporate, IBM now employs about two thirds of its 400,000 staff outside the U.S. and generates about two thirds of its sales overseas. IBM headquarters in Armonk, New York, cannot make every decision in a company that operates 24/7 around the globe. In a rethink of its management structure, IBM lumped all its business in emerging markets (Latin America, Eastern Europe and Asia) into one organization headquartered in Shanghai in 2008.
“We’re trying to lower our center of gravity,” says Michael Markovits, IBM vice president of business and technical leadership. That is IBM-speak for devolving decision-making from head office. “We’re saying, ‘Let’s try to get decisions made as close to the customer as we possibly can.’ We’re trying to shift our culture from command and control from New York to empowering local leaders to make decisions.”
Wrenching shift
Multinationals have operated in many countries for decades, with varying degrees of decentralization. But surging sales in geographically distant (from headquarters) and culturally distinct countries such as China and India pose a far more complex challenge. When overseas markets account for 80% of sales, as is the case for Coca-Cola, a company’s center of gravity can undergo a wrenching shift.
Established multinationals also face a tough new breed of competitor: companies based in India, Brazil and China that aim to dominate their home markets and expand globally. China’s Haier is now the world’s fourth largest manufacturer of white goods, while Brazil’s Embraer – once a regional manufacturing powerhouse – derives 93% of its US$3.8 billion annual aerospace sales from outside Brazil.
“In some markets – like fast moving consumer goods – the worry isn’t that companies from China and India will make inroads into Europe and North America,” says Martin Scott, Partner, Transaction Services, KPMG in the UK. “I can’t see, for example, an Indian food company suddenly taking over the U.S. soup market.”
“What multinationals do need to worry about is that if their markets are saturated and static in Europe and North America, and their five- or 10-year growth plan sees them growing strongly in India, Brazil or China, they need to make sure they structure themselves to be successful in those countries. They will be competing head-to-head for sales and growth against very strong local players in those enormous markets. If your thinking is driven by Europe and North America, will that work in emerging economies?”
Geoff Colvin, Fortune writer and author of The Upside of the Downturn, says the challenge is especially acute for businesses with powerful brands: “Brand owners typically collect most of the profit in an industry. Until now, developing economies have been happy to cash in on their labor cost advantage. Now companies like Haier and Lenovo are going after the enormously larger sums that are flowing to the brand owners.”
Back to the core
Remaking organizational charts, as IBM did, is only part of the response to this new era. The way organizations are structured will need to be reconsidered, corporate cultures and HR policies need to be revolutionized and CEOs need to reflect on how the emerging economies will affect their core business.
In good times, Colvin suggests, businesses often forget what their core is. It can take a downturn or a market-redefining competitive threat to focus leaders. Japanese audio and electronics group Pioneer has already redefined its core. It has left the flat-screen TV market, where low-cost competition from China is fierce, allowing it to run its DVD business with Sharp and focus on audio.

As firms restructure, they need to place the corporation’s assets where its business is, and redefine its boundaries. Focusing on core competencies and making shrewd use of outsourcing, leaders are examining their value chains to see where they have competitive advantage and where they do not.

“Being vertically integrated through a value chain probably isn’t the best way to run your business,” says Scott. “It’s very hard to make stuff, distribute it and sell it all at once. You might say, ‘other people are better at transactional finance, so let them do it’.” For example, Advanced Micro Devices has taken the radical step of spinning off its semiconductor manufacturing arm into a separate unit, Globalfounders, which it now has a minority stake in and runs as a joint venture with an Abu Dhabi investor.
The rationale behind outsourcing is changing. As KPMG’s Scott says: “An outsourced unit in India makes sense when it’s dirt cheap to do something there. But there’s a growth in wage expectations in these countries – the economy rises and wages rise. Also, once everybody’s done it, you lose your advantage, particularly when everyone’s done it in a country where you’re investing and growing. If you’re expanding in India, there’s now no real advantage to outsourcing your finance function there.”
Out of control?
Decades ago, global companies created largely self-sustaining subsidiaries in different countries. Country managers wielded enormous power. As offshore sales boomed, multinationals created regional management structures to move ideas and people around a region, while making all the big decisions at headquarters.
Strategy and execution were often driven by managers trained in the U.S. business style, with limited insight into global markets. The recurring tendency for product names and slogans to translate bizarrely into other languages suggests that many heads of overseas sales reluctantly decide it is easier to ignore the market than take on head office.
The shift in global sales puts centralized decision-making under pressure. In IBM’s case, its emerging markets HQ in Shanghai (run by a Latin American) helps various divisions – services, software and hardware – combine to win sales in emerging markets. “We want key sellers for software, services and hardware to come together locally – and decide locally,” says Markovits. Shanghai handles smaller deals, larger transactions percolate up to Armonk.
IBMers team up across the world to win deals. This diversified decision-making relies on an internal computerized system that lists employees with key skills. An IBM engineer in Bangalore can find a colleague in Sydney who has the exact right knowledge. This approach cuts across traditional demarcations, hierarchies and ‘command and control’ management styles, so companies need new kinds of leaders and, in some cases, new models of organization to succeed.
“To be comfortable delegating decisions, we have to do a good job of developing leaders in those locations,” Markovits says. “You don’t want to delegate haphazardly to people who can’t handle the authority they’re being given.”
The new talent war
This realization is changing the face of the multinational. Companies like Colgate-Palmolive are devising systems to nurture far more local talent – and develop that talent by moving it to headquarters. Firms such as Alcoa, Coca-Cola and Pepsi are hiring non-Americans as CEOs, believing they will have a deeper grasp of global markets.
A survey by the Association of Executive Search Consultants (AESC) found that only 12% of headhunters in China, India, Brazil, the Middle East and Russia feel expatriates account for the greatest supply of talent, compared with 56% a decade ago. “We’re seeing huge, explosive growth in demand for executive talent from local and multinational firms in emerging markets,” says AESC president Peter Felix.

Companies are scouring the globe for high-flying Chinese, Indians and Russians who have trained and worked abroad and want to return home. Felix says the ability to hire the best managers may decide who prevails in the multinational business wars.

If managements become truly globalized and 80% of sales are outside their ‘home’ country, will this affect the very identity of the company? KPMG’s Scott suggests that global corporations should examine the fundamentals of where they are located. “The model of having a regional headquarters in North America, one in Europe, and one in Asia – a typical arrangement, no matter where the ultimate corporate brain is located – isn’t necessarily the only way. If I’m growing like crazy in South America, shouldn’t I be relocating there?” he asks.
Do we need to reconsider the question of a traditional head office? Should, for example, sales be located in major markets, R&D near relevant research bodies and the CEO/CFO next to a key financial hub? There is speculation that some major Western companies may shift head office to China or India.
The challenge goes beyond personnel and location, cutting across the structure of the organization, its systems, its people and its boundaries. The question is, who will flourish in this new global corporate landscape? It may not quite be a Marxist revolution, but the CEOs of these multinationals are inventing the future.
About the Author
William Holstein is a journalist and author who has covered the stateless corporation for Business Week (see www.williamjholstein.com).
Read more on
human capital management