The Art of Cutting Travel Expenses 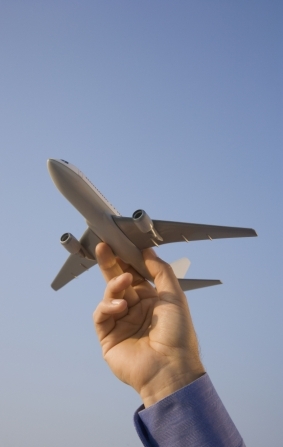 There was a time when business travel meant you didn’t have to sweat the small stuff. Hired cars to the airport, lavish meals, and free booze with premium business-class seats on flights were part of the package for business trips.

That was BGFC – Before the Global Financial Crisis.
Post-crisis, the mindset of justifying every dollar spent on travel is still with us, which is probably a good thing. But with business activity back up in Asia, companies have no choice but to let people to travel again.
Business class and other expensive perks are still mostly out of the picture, and savings are maxed out from leveraged discounts with preferred suppliers. So where else can the finance department rein in costs when it comes to T&E?
Back to the Plane
It’s a question that’s increasingly being asked in CFO circles these days as the pace of business travel intensifies for many organisations.
According to a new American Express Business Spending survey of senior finance chiefs worldwide, 57% will maintain or increase travel spending in 2010 compared to 2009. Nearly three out of ten plan to loosen restrictions on trips to meet with new clients or for business development. And the number of CFOs who will place limits on trips for staff meetings or internal business is down to 34% -- from 81% last year.
Travel to conferences and events will also resume, with only 35% saying their business will place limits in this area. Last year, eight out of ten said they would restrict attendance to conferences and meetings.
This resurgence is coming at an inopportune time cost-wise. Another Amex survey, the 2010 Global Business Travel Forecast, estimates that an increase of as much as 15% can be expected for the total trip cost for air, hotel and ground transport elements alone, largely due to unbundled and ancillary fees.
Ancillary fees are especially piling up for travel in and to the U.S. and Europe. Passengers being charged for checked luggage, pillows, preferred seating, and guaranteed early boarding priority. It’s estimated that ancillary fees alone have brought in a windfall US$8 billion for U.S. airlines in 2009. Ancillary charges, says the U.S. National Business Travel Association’s 2010 forecast, may increase the cost of an airline ticket by 30% or more.
You can bet that a lot of those extra bucks are coming from business travellers, who have no qualms about paying for convenience when they expect to be reimbursed by their company.
Oddly, only 24% of the travel managers in the National Business Travel survey say they negotiate or plan to negotiate airlines’ ancillary fees. Nearly four out of ten say they don’t bother, partly because they think it’s a waste of time. Companies that do venture to bargain have reported free breakfasts and free Internet access at about half of their preferred hotels.

But then accommodation costs are not expected to surge as much as flight expenses. “Hotels are still vying for business at low rates, hoping to secure whatever is possible,” notes John Gardner, general manager of the independent hotel Caravelle in Ho Chi Min City, Vietnam. “It’s very easy to drop rates, but very difficult to raise them. It’s still very much a buyer’s market.”

Targeting Spending Behaviour
So how can companies keep a lid on rising T&E costs? Solutions include applying internal policies, such as advanced booking (many companies are enforcing the two-week rule, which a Carlson Wagonlit study found can trim as much as 50% off the ticket price), using low-cost carriers where possible, booking stop-over flights, and restricting bookings to airlines where corporate discounts are already in place.
The second T&E concern for companies, says the NBTA 2010 forecast, is finding ways to keep staff from going off and doing whatever they want when it comes to T&E expenses.
To ensure that corporate travel policy becomes a mandate and not merely a suggestion, some companies are using more draconian methods to change or limit business-travel spending behaviour.
As every good finance manager knows, it is cheaper to contain costs before they are charged than to deal with it afterward, even if the accounting department will ultimately reject extraneous claims. T&E management software, offered by providers like Rearden Commerce or Concur can help keep spending in line.
Online travel booking systems that are combined with T&E software can inform employees of cheaper options for their travel plans. They can also show alerts for carriers and flights that are in-policy, versus “unapproved” choices.
If visual guilt doesn’t goad employees into doing the “right thing”, the programmable system can limit rebels by requiring senior approval for booking options that are out of policy, or even send alerts to managers. Blocking bookings are an option, and one company even cancels transgressive bookings and sends an email to the offending employee, highlighting the overspend.
Savings can also be wrangled through deals with airlines and hotels. The data captured through online-booking-cum-T&E systems is valuable proof that companies are regular patrons of an airline or hotel, which provides leverage when it comes to striking a VIP or bulk discount. The systems can also provide data comparing the costs of flying the same route with different airlines.
Even if a company is unable to score big discounts, smaller concessions can help save in the long run. “Let’s say that you go to a hotel where it costs you HK$1,000, and the Internet access fee is about HK$100. So that’s about one-tenth of the fee,” says BoonThai Hoh, business development manager at Concur, provider of on-demand employee spend management services. “Just going in there and saying, ‘I demand free Internet’ will basically cut down your hotel cost by 10%.”

According to Concur, companies are not fully leveraging travel spend data to gain discounts with vendors or airlines. “You need to know how much you’re spending in order to figure out budgeting or trend analysis,” Hoh explains. “The reality is that organisations out there aren’t doing enough.”
Concur’s software is delivered as Software-as-a-Service, so fees are based on usage. Hoh declines to even give a price range, but claims that ROI can be expected in about a year. “I would say [there’s] a potential five, ten percent of cost saving on travel right there, at no real cost to your company,” he says.
Increased visibility in spending trends can help a company monitor a variety of expense metrics, such as credit-card delinquencies and errant charges. Reports can be produced, highlighting the gaps between company-approved price ranges and prohibited upgrades, or between the trip as planned and the actual spending that took place.
Trends can be spotted in suspect spending patterns, allowing management to seek explanations from employees as soon as they are booked. The system’s online booking function also helps make filing expense claims easier, as it is able to capture most of the information as soon as the booking is made.
But there are caveats. Ancillary fees are so varied among airlines that they don’t allow accurate comparisons of the total cost of air travel from one airline to another at the time of booking warns Paris-based business travel management Carlson Wagonlit. It’s also difficult to track total ancillary fees, making it virtually impossible to paint a picture of complete airline spend during negotiations with airlines.
The Non-Travel Solution
For businesses that find the costs are outweighing the gains from travel, videoconferencing technology can be a godsend. It acts as a replacement for one-day trips, internal meetings, and meetings with clients from well-established accounts.
According to Alex Connors, Head of International Product Management at Cable&Wireless Worldwide, his company’s conversion of face-to-face meetings to telepresence, as videoconferencing is known, saved the firm £2.2 million last year.
The cost of a telepresence system from Cable&Wireless could run from US$120,000 to US$500,000, although there is a cheaper option for US$20,000 to US$60,000. For its part, BT Global Services quotes a ballpark range of US$250,000 to $500,000. Of course, these prices all depend on the size of the meeting room and the network’s special requirements.
The demand for the technology is increasing, says Tony Melloy, general manager for Deal Structuring & Professional Services, Asia Pacific at BT Global Services. He forecasts that business will double in the next year.

“We have seen 40 different multinational corporations deploying this [in February alone],” says Melloy, attributing the growing popularity of the technology to the savings it provides. He told the story of a customer who was looking for five telepresence sites in offices across the Asia Pacific, to be amortised on OPEX basis over three years. The OPEX cost was the equivalent of two business-class seats per month from Singapore to London.

“CFOs are smart enough, once they see it and they see the quality,” says Melloy. “It just becomes a numbers game to go and work on how [complex a system] they can afford and how quickly they can get it done. That’s why we’re seeing so much growth.”
What About Face Time?
But isn’t face time still highly valued, especially in Asia? Citing himself as an example, Melloy admits that his own role in running the structures for all of BT’s major deals in the region does require him to have direct interaction with customers.
“But I don’t travel now to do one-to-ones with my staff or internal meetings. We just go on telepresence and that’s just as good,” he explains. “My travel has come down about 40% in the last two years.”
For fashion house Tommy Hilfiger, which recently deployed the technology in various global offices through BT and Tandberg, the use of telepresence now enables whole departments to sit in on meetings, versus five key people who would travel to such meeting every six months.
How else can companies optimise their investment in travel costs? They can be bolder in asking their staff to show ROI before approving business trips. Several years ago, Morgan Stanley instituted an unusual approach: if brokers want to wine and dine wealthy clients, they need to bring in a minimum amount of new business to help foot the T&E bill. For US$250,000 to $400,000 in new business, the broker will receive US$1,000 for T&E.
Performance-based T&E may be the way of the future for more and more companies.
About the Author
Angie Mak is online editor at CFO Innovation.
Read more on
travel & expense management