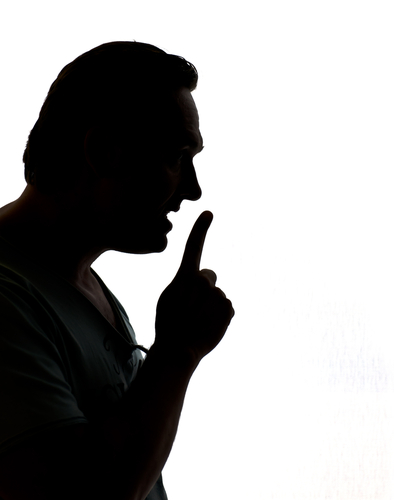 Because there can be privacy concerns when investigating companies or individuals, this is probably best left to experts in the field who can navigate their way through national laws. Recently China made available a national data base of companies and individuals that have been convicted of bribery. It is not particularly user friendly and you have to apply in person, but it is a useful tool.

Educate Your Employees. Your peoplecan be your greatest asset in monitoring what is happening in your company. At your level, you cannot know everything that is going on but your employees do. So train them on your expectations – train them early and train them often.
The value of this type of effort was clearly demonstrated earlier the year in the Garth Peterson/Morgan Stanley decision.  Garth Peterson was the MD of Morgan Stanley Real Estate investment division in Shanghai.  He has pleaded guilty to bribing Chinese officials to gain business for Morgan Stanley and also to personally enrich himself.
Morgan Stanley avoided prosecution because they were able to show that that they had trained Mr. Peterson regarding his duties under the FCPA seven times and had reminded him of his obligations at least 37 times. In addition, the SEC took into account the fact that Morgan Stanley had procedures in place to vet third parties and made a voluntary disclosure.
Note that there is no requirement for companies to voluntarily disclose under the FCPA. The decision whether to disclose or not requires careful consideration.
Create Good Communication Channels. Make it easy for employees to raise any concerns they may have. Remember the Dodd-Frank whistleblower scheme? The SEC says that the vast majority of whistleblowers contacted their companies before contacting the SEC. Further, they say there has only been one meaningful lead where the company was not the first point of contact. So employees only blow the whistle on a company when they feel that their concerns are being ignored by the company.
Set up ways for employees to raise their concerns – phone lines, e-mail addresses (which are the preferred method for Asians). My own company uses an independent company to provide e-mail, phone and internet access to employees, customers, vendors and any other concerned party to raise concerns. This can be useful especially if the individual feels comfortable enough to identify themselves. Sadly anonymous trips are difficult to follow up on.
However the ideal way is to have a company culture where employees feel comfortable approaching their manager or their manager’s managers. This means you need to train managers in how to respond when approached by an employee.
They must take the employees concerns seriously, they must know the right channels within your company to follow up on these concerns and most importantly they must ensure that the employee is informed of actions the company is taking to address their concerns.
Some response should be made to the employee within three to five working days and then regular feedback should be given as the investigation proceeds. Do not allow the employee to believe they are being ignored.
They have come to the company because they believe in you, they want the company to behave ethically – in short they are your supporters. If they feel that the company does not care, they may well become to believe that all you have told them about your company’s ethics is a lie. Then they will be tempted to contact the SEC – after all it could make them rich.
Parting Words
There is much more I could cover on this topic. In closing, I want to say this: Do not worry about compliance because it reduces risk of prosecution under the ever increasing legislation. Do not worry about compliance because the penalties are high.
Worry about compliance because it makes good business sense. In the business world we all strive for sustainable profitable growth – can business built on bribes ever be sustainable?
People and organizations change; the person you are bribing today may be gone tomorrow.  Often the payment of bribes is just a lazy way of avoiding the work needed to clearly communicate your value proposition.
Companies want to do business with suppliers they feel are ethical. In the six years I have been doing business in China, I have seen more and more local companies focusing on their suppliers’ ethical position.  Do business in the right way, for the right reasons and it will be sustainable and it will be profitable.
About the Author

Jeremy Gray is the Regional CFO of a major US multinational. The views presented are those of the author, not his company. This article is adapted from a keynote presentation, “Strategies for Proactive Risk Management and Strengthened Internal Control,” he delivered at the 2013 CFO Innovation Shanghai Forum.