Ahead of the Game: A Peek Into the Office of Finance of the Future 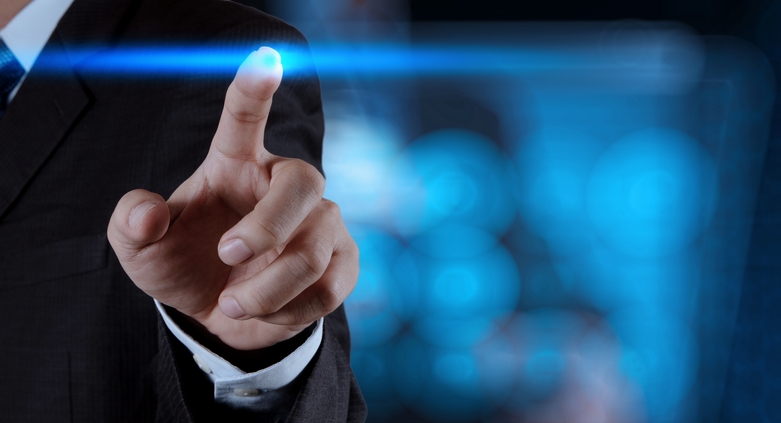 No one bothers with PowerPoint presentations and board packs when the board of directors meet at German technology multinational SAP. Instead, directors gather round interactive touch screens and tap on the KPIs shown there to drill into performance issues down to the granular level.

“What’s really powerful is there are various models and the outcomes of whatever decisions or scenarios they can choose to model,” says Richard McLean, CFO for Asia Pacific and Japan. “They can say, ‘If we pick Decision A, then what’s the impact going to be?’”

“We’re the fastest closing company on the German stock exchange,” he adds. “We can close our books annually after eight working days.” And the company’s planning and budgeting cycles are “quite easy” – people don’t spend a lot of time questioning the data.

CFOs have a real challenge. On the one hand, they’re being asked to play a much broader, more influential role in their business. But they have to do that in an increasingly volatile and global digital world

Welcome to the future Office of Finance. But while SAP is well ahead of most other companies, McLean says there is still a way to go.

He spoke to CFO Innovation’s Cesar Bacani about the rise of the digital economy, the impact on business in general and the finance function in particular, and other issues. Edited excerpts:

You have said that digitalization and the rise of the digital economy mean that companies must also become digital businesses.

The digital economy is going to transform the way we live and the way we work probably faster than any other major economic transformation in history.

Increasing connectivity between people and things has led to what we’re calling the hyper-connected world and the rise of this new thing called digital economy . . . I read recently that there will be something like 50 billion connected devices in Asia by the year 2020, which kind of blows your mind.

Facebook is a very recognizable example of what people mean when they talk about a digital business. There is instantaneous capture and storing of data, instant visibility in the sharing of it across the network, real time automated notification system by email, the ability to comment and communicate and to be very interactive and instantaneous in how you use that data.

What is the impact on the CFO and the office of finance?

We should see digital innovation, technology, as a huge source of optimism. For the first time, finance is going to have the tools and technologies they need to provide the data-driven insights necessary to deliver on these requirements to increase business value.

But it also represents a lot more risk, especially for established businesses. You’re heavily burdened with what we may call legacy systems and complex processes, which can make you slow- moving and at risk from new and more agile competitors.

There’s no question that the world is getting smarter, but it’s also not getting easier. Companies really need to simplify. I think that’s a real call to action for finance leaders.

CFOs have a real challenge. On the one hand, they’re being asked to play a much broader, more influential role in their business. But they have to do that in an increasingly volatile and global digital world, which results in an ever changing financial business.

At the same time, they’re being continually squeezed for productivity and efficiency gains in the finance organization, which is frankly still struggling, in the main, with doing the core operational tasks, let alone play the expanded role.

I’ve traveled around the region, and every CFO that I talk to gets the need for finance to transform.

I think our responsibility is to ensure that data integrity, being seen as an unbiased source of truth, still remains as core to what we do . . . But we have to find ways of doing it faster.

We have technology in our digital core that captures and stores data in-memory, which significantly reduces and simplifies the size and complexity of our data layer. Secondly, it interfaces to the connected world in a way that our old systems didn’t do

Does this mean that finance at SAP Asia Pacific and Japan is focused on digitalization, robotics process automation, data-driven insights and so on?

Digital technology can certainly enable transformation, but there has to be a concerted effort to change the way you think and the way you work in the organization.

We have a mandate from the top to make that happen. Our vision was to create a finance culture of what we call operational excellence and customer-centricity, where our people develop an entrepreneurial flair and a mindset and to be true business partners.

Ultimately our goal is to become something we’re calling transformation agents within our business.

You have to fix basic finance operations first, though.

We’ve been not only leveraging the digital technology that’s been evolving through that time and within our company, but also creating an organizational platform centered on the concept of shared services and centers of expertise, and creating real global end-to-end, and most importantly, scalable finance operations.

That’s the operational excellence piece. When I think of customer-centricity, we are also making some great strides there. We have redeployed a lot of people and resources to focus purely on financial planning and analysis and on commercial finance activities. We were previously under-invested in that area.

These roles are positioned much closer to our internal and external customers, delivering actionable insights to ensure business growth is compliant and is profitable and sustainable.

There continues to be a deliberate and concerted effort to focus on change management. We have to support our people into putting new ways of working into the digital age, which obviously involves technology.

Compile the processes that you currently manage, kick out redundancies, kick out waste, automate what you can, simplify what you can, and put them back together and do them in a much faster way.

The great thing is that we have technology in our digital core that manages to help us in several key ways. First thing it does is it captures and stores data in-memory. This significantly reduces and simplifies the size and complexity of our data layer and enables us to manage our ever larger data at much faster speed.

Secondly, it interfaces to the connected world, linking to our customers, our suppliers and our networks and our workforce in a way that our old systems didn’t do. What that results in is much more streamlined, real-time end-to-end finance processes that are much more automated and have much reduced numbers and duplication.

For example, the concept of running overnight batch processing, which has been an inherent aspect of traditional ERP, that disappears. So also does the need to store data in multiple places and then essentially performing data-reconciliation processes across different data sets of what is ultimately the same information.

That then enables us to leverage and enhance user interface so that the entire workforce, not just finance, benefit from an intuitive and mobile-friendly design. It also helps with being proactive decision makers, in bringing information to life and increasing transparency.

We’re not closed on the 31st of the month or the 1st of the month. . .  But I will tell you we’re the fastest closing company on the German stock exchange. We can close our books annually after eight working days

All this makes usage and adoption of our reporting and our information much more standard and intuitive across the business.

Collectively, we’re calling all of that Live Business at SAP. It certainly generates significant opportunities in finance and finance operations, particularly around processes like order-to-invoice, procure-to-pay and record-to-report.

So in terms of monthly closing, for example, 5 pm on July 31, it’s already closed?

(Laughs). We have something called a latest estimate process, where regional CFOs around the world meet. It’s called latest estimate because you put down where your revenue numbers are going to finish. We start that up to two days before the quarter ends.

You’re sitting on a call and you’re looking at a live screen that shows what revenue has come in, what still has to come in, which deals are still pending. It’s a two-hour call, you have to go round the world and everybody talks about their numbers.

The numbers are changing, as deals reflected in our CRM system flow into the revenue. It’s live data. That’s the best example I can give you with what our month end and quarterly end processes look like.

But I will tell you we’re the fastest closing company on the German stock exchange. We can close our books annually after eight working days . . . Our auditors come in very early in the New Year after we close our books. Then depending on what process they run and how long it takes them to be comfortable [with the numbers], we can then communicate externally.

There’s very little effort in getting the core data. It’s more how do you produce what you need to produce in order to file in a compliant way around the world. I would love to think that it won’t be long in this new digital world before we’re filing everything digitally and there’s no paper.

We’re not there yet, but that’s part of the vision too.

In terms of planning, budgeting and forecasting, that’s a lot faster and easier because there’s little effort required to get the core data?

Yes, that’s right. I would say our planning and budgeting cycles are quite easy. We don’t spend a lot of time questioning the data. We spend a lot of time simulating a decision and on go-to-market planning. Those still take time, but the process from the data perspective is facilitated quite well.

We recently deployed in our headquarters [in Germany] something called Digital Boardroom, which leverages our Cloud for Analytics application running on the HANA cloud platform. What this does is it gives a group of decision-makers, in our case the board of the company, real-time views of multiple KPIs across the entire global company.

So when they meet on their monthly board meeting, we don’t have PowerPoints and we don’t have board packs. We have this big television with interactive touch screen. You can picture the board gathered around this interactive screen and they are able to do drill-down analysis behind whatever KPI they are tracking.

They tap on all the numbers and drill down and very quickly understand where particular problems and performance issues exist in the business, and they can do this during the meeting.

If you look back over the last four to five years, SAP has a track record of delivering what it said it would deliver. We have a lot of credibility within the market

This is all enabled by the digital framework that sits below that and which provides Big Data management, real time insight, analytical power, all the things you need to do that.

If you think about that as the top-level part of our business, you could do that at every level. You could replicate that process.

You can do this in Asia?

We just received the hardware in Singapore, actually. We can use that to demo as part of the sales process. The functionality behind that has not been connected, but that’s something that’s coming to us later this year.

So how do the actuals compare with the forecasts and the scenario planning?

I think we’re pretty predictable as a company. We generate results every quarter and we publish those. If you look back over the last four to five years, SAP has a track record of delivering what it said it would deliver. We have a lot of credibility within the market.