After Jack Welch: Inside the Post-Crisis GE 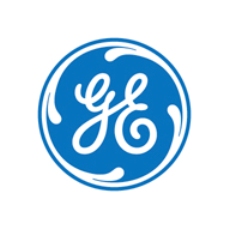 It has been almost a decade since Jack Welch retired as GE’s chairman and CEO, but the legacy and methods of one of the biggest names in corporate America is still widely talked about, even revered. Welch, arguably one of the most recognisable modern day management chieftains, was instrumental in propelling GE’s product lines, including aircraft engines and medical equipment, to market leaders in their respective sectors. Welch achieved the practically unparalleled feat of growing the conglomerate’s profit by nearly 30 times during his two-decade reign.

But while Welch’s unorthodox methods were hailed as game-changing, not everyone was fond of his approach. For one, the ‘rank-and-yank’ system of firing employees who were given the lowest grading in regular reviews has gained notoriety far and wide. Under Jeff Immelt, Welch’s hand-picked successor, who took over as chairman and CEO in 2001, some things like how GE manages and grooms its employees have changed.
Yet, others, like certain core performance parameters and qualities embodying the GE way of running businesses, have not. At a recent Wee Kim Wee Centre CEO talk held at Singapore Management University, Ed Ng, president and CEO of GE Capital South East Asia, the company’s financing unit, shared insights on some of these changes, as well as on GE’s human capital development culture.
“I’m sure many of you now would pause before you consider working for a leader like Jack because he has such a tough reputation. But under Jeff Immelt’s open leadership, you would consider, right? Because that’s the way things are now. We have evolved,” he said.
The changes, according to Ng, included his own management style too. “In a large matrix organisation like GE where I have many stakeholders and people below me have many stakeholder responsibilities, you have to manage the ‘winds’ and get to your objective like a sailboat. I used to be like a bulldozer, but the military’s command-and-control way just results in unnecessary casualties.”
‘I don’t know’
Before making his mark in the corporate world, Ng practiced the art of leadership in a decidedly different environment. Awarded a scholarship by the Singapore Armed Forces, he was a soldier for 15 years, rising to the rank of a lieutenant-colonel and the position of a brigade commander.
After he put away his uniform, Ng earned his MBA from Harvard, and joined GE for the first time in 1993, where he rose to become president and country manager of GE Capital Philippines and Singapore.
He rejoined GE in 2007, with Immelt already at the helm. For the seven years in-between, Ng was president of Reed Exhibitions, organiser of high-profile international events, like the Asian Aerospace. Ng was also a top-level executive with CapitaLand, one of the largest developers in the region, where he helped drive asset securitisation strategy.
Having experienced both Welch’s and Immelt’s leadership styles, Ng said that GE’s culture has evolved to become more open. For instance, the younger generation of employees, in particular, will more readily share with their bosses what they think are problems and integrity violations within the company. This, in turn, has somewhat affected the attitude at the top. “Gone are the days of leaders who know it all. Gone also are the days of the dismissive and confrontational leadership styles.”
New company leaders are also more open and inclusive. “Recently, at an employee event in Singapore, our Chairman, Jeff Immelt, when asked what was one of the greatest lessons he had learnt from the recent global crisis, replied he was more prepared to say ‘I don’t know’ more often. As such, I think it is okay for leaders to say ‘I am not certain’ and I appreciate a manager who can come up to me and admit ‘I don’t know’,” said Ng.

But while there have been changes in the company’s culture, certain aspects like the emphasis on values of integrity remains. According to Ng, “if you have a person who delivers strong financial results but lacks the values, the integrity, it’s a very easy decision – we remove that person as easily as one who has low performance and is low on values.”
If an employee is still settling down into his or her job, or still trying to achieve what Ng calls “performance momentum,” the company is prepared to give that employee a second chance. At the end, it takes more than just hard-charging capabilities and business-savvy to fit in well in today’s GE, he said. “We want people who are big enough to admit their mistakes, smart enough to know them, and strong enough to correct them.”
Second chances, yes, but iron rice bowls, no. The employee who makes the same mistake twice will be given the boot. Performance and evaluation remains transparent and tough in the GE pressure cooker, year after year. “We don’t really punish failures because we always believe in second chances. But if you show a lack of business acumen in that you don’t grab business opportunities, then you are nothing more than a manager,” Ng added.
Praise for appraisal system
GE is known for the way it turns leadership development and talent management into a science, more than an art. For example, in each and every position, there has to be an identified successor, from within or from external sources. To adhere to this practice, the hunt to uncover “talent behaviours” is a continuous, ongoing process.
Integral to this talent management system is GE’s company-wide reward and recognition programme, which allows any manager to go online and recognise employees by way of cash or non-cash rewards. Every employee uses the Employee Management System annually to assess himself or herself; colleagues and managers do the same.
What makes this system somewhat different from any other staff appraisal systems is that it requires a detailed list of accomplishments and scores the employee against specific GE growth values (read: the leadership potential scale), including the employee’s external focus. Employees are rated on their ability to look at the business and their function from the customer standpoint; the ability to see clear solutions amid complex problems; the imagination for out-of-the-box solutions; inclusiveness and teamwork; and finally, technical competence in the position. These are traits expected of every leader in GE.
Word of caution: some boxes in this score sheet carry much more weight than others. For one, if the box next to 'integrity' is left unchecked, this will have the effect of cancelling out all other parameters, however positive. “The difference between GE and other companies is that we believe that if you don’t have a core set of values that anchor your belief of what is ethical behaviour, you’re going to run into problems. Without unyielding integrity, you’re basically an empty shell,” said Ng.
To tighten the requirements even further, integrity is only deemed honest when seen through the eyes of others. “Very rarely will you find a particular employee who is mentioned as weak, or as a developmental leader in that he falls behind in an area of performance or measured value, and other employees don’t agree; or a manager thinks that an employee is a strong role model but others don’t agree. It’s an embracing process to prove you will make things happen and always, with unyielding integrity. There are second chances given for some weaknesses, except for integrity or compliance failures,” said Ng.
Inventing leaders
In a sense, what shaped the GE of today was the bruising experience of the recent financial crisis. While GE can trace its roots more than 130 years ago to Thomas Edison’s light bulb and subsequent expansion into new business areas, mainly in engineering and infrastructure, what drove a big chunk of GE’s business in recent years has been the financial services division which Ng is with: GE Capital.

Partly because of the company’s heavy borrowing and lending from the markets leading up to the crisis, the subsequent exposure took quite a bit of shine off GE’s otherwise fabled track record of delivering earnings growth that consistently beat market expectations. “The last financial crisis taught us we can never always be sure. We expanded our financial services too quickly and we were too dependent on commercial papers to fund our financial services. Never in our wildest dreams did we think that something worth trillions of dollars in US would collapse,” said Ng.

The recent downturn, which has shaken many big companies to their core, has stimulated some deep, hard thoughts. The way forward is for business leaders to know what kind of risks to take when trying to capture new growth opportunities, and what kind of changes – however major – to make. “In business today, if you’re looking at your past through the rear-view mirror, you can’t anticipate changes. The new leaders must be willing to experiment, never give up, and be effective communicators. One of our strengths in the last crisis was that we were able to re-set the entire GE,” he added.
Before the financial crisis, GE Capital accounted for as much as 60% of the company’s business, with the remainder made up of traditional businesses like energy, aircraft engines, medical equipment, media, and so on. “GE, an industrial company by nature, was not a true industrial company. It was a finance company. We decided that henceforth, GE Capital will make up only 40% or less of the company,” he said.
Rather than scanning the market aimlessly, wondering which new business areas it should go into, GE took a good look at itself, and the ready answer was found within: its technological advantages in infrastructure and energy systems and solutions. “We want to invest more R&D dollars in these, in anticipation of the next leg of growth for GE in the world. As a leader, you have to have this clear vision and business acumen,” said Ng.
Clearly, while GE’s leaders will change, along with their style, for the company, the on-going task of grooming future leaders never stops. Paraphrasing Edison, Ng said: “We are constantly seeking new ways to develop leaders. If the world now needs a new kind of leader, GE will invent it.”
About the Author
[email protected] is an online resource that offers regularly updated business insights, information and research from a variety of sources, including interviews with industry leaders and Singapore Management University faculty. The resource can be accessed at http://knowledge.smu.edu.sg.
Read more on
human capital management