After the Earthquake: Will Global Growth Stall? 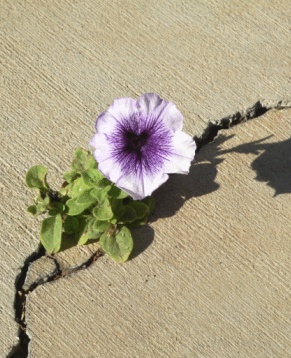 The full toll of Japan’s 9.0-magnitude earthquake and tsunami, among the largest in that nation’s recorded history, will not be known for some time. In the near term, damage to Japan’s nuclear power plants, transport system, and infrastructure will disrupt energy, water, and other production inputs, crippling activity across both the industrial and service sectors. As a result, the world’s third largest economy will contract in the quarter ending June 30.
Reconstruction boost
But the economic situation in Japan will improve in the third quarter, when reconstruction efforts financed by emergency public spending will have helped lift growth.
The ultimate size of the fiscal response has yet to be announced. If we take the 1995 Hanshin earthquake that devastated the city of Kobe as a guide, Japanese government consumption and public investment can be expected to add about 1 percentage point to growth in the next 12 months.
The destruction wrought by the earthquake, tsunami, and subsequent nuclear plant explosions will depress household and business sentiment. Yet consumers will not hold back from reconstruction-related spending; this will add to economic activity later in the year.
For all its problems, Japan is still a wealthy country, and Japanese households have resources with which to rebuild.
Global ramifications
The world economy will feel the effects of Japan’s disaster mainly through adjustments in financial markets, but the impact on global growth will be small. Japan is responsible for approximately 7% of global output, but its contribution to global growth is far smaller than that. A near-term contraction in the Japanese economy thus will subtract little from global GDP growth.
(Click chart to enlarge)

The Japanese disaster is already causing ructions in global financial markets, sending equity prices lower. Japan’s benchmark Nikkei225 index shed almost 20% in the first two trading days following the earthquake. Nuclear-related technology stocks and uranium mining shares have been hit hard as investors reassess the risks of nuclear power.
Beyond Japan itself, markets are falling mainly because of investor fears and rising risk aversion, rather than for fundamental structural reasons. Global corporate profits remain healthy and growth prospects robust.
Emerging market investment
Financial markets could suffer additional losses from spikes in investor risk aversion. These could trigger portfolio outflows from fast-growing emerging markets, causing problems for nations that are heavily dependent on foreign capital.
Yet many emerging regions still offer investors attractive fundamentals. Any capital flight should thus be short-lived. Monetary policymakers in many emerging markets have been raising interest rates lately. This trend is not expected to be reversed, and higher rates are likely to keep these markets attractive to short-term investors.
Longer term, foreign direct investment flows could change as Japanese investors delay or unwind investment abroad. This is likely to be most acute in Southeast Asia, where Japanese foreign direct investment (FDI) represents a large proportion of total investment.
For most regions, however, FDI from Japan represents only a small share of total flows, with the U.S. and Europe being the main suppliers of capital. As long as the U.S. continues to recover and Europe’s sovereign debt issues do not worsen, investment flows to emerging markets should not be significantly diminished.
Higher energy prices, stronger yen
The disaster will also lead to higher energy prices and a stronger yen. The shutdown of nuclear reactors at the Fukushima power station represents an 8% loss of Japan’s electricity generation capacity, which will likely be offset by increased imports of coal, liquefied natural gas, and oil – driving up prices for these commodities.
This will benefit Japan’s major suppliers of hydrocarbon resources, including Saudi Arabia, the United Arab Emirates, Kuwait, Russia, Indonesia, Malaysia, Australia, and Brunei.
The escalating problems with the Fukushima nuclear power plant will hurt investment in the nuclear energy sector and the uranium mining industry. Already, a number of countries are reassessing plans to add or expand nuclear energy facilities.
Near term, Japan’s trade surplus will shrink because of higher energy imports, higher imports of items related to disaster relief, and weaker exports as problems with rolling blackouts and other supply constraints curtail production for export.
Nevertheless, there will be upward pressure on the yen as public and private investors liquidate foreign assets and repatriate funds to help pay for the reconstruction effort. Persistent volatility in financial markets could exacerbate this trend, as anxious Japanese investors repatriate their foreign-invested funds during this period of heightened uncertainty.
Minimal trade disruptions
A slowdown in Japanese economic activity in the near term will be accompanied by a decline in imports. This could temporarily sap momentum in global trade. As major trading partners, countries in the Asia-Pacific region will be most affected.
In time, however, their construction and steel industries will gain from an increase in demand for materials needed to support reconstruction.
(Click chart to enlarge)

Japan’s export sector will suffer comparatively more, as port closures, infrastructure damage and lost production reduce outbound shipments. Japan is a large exporter of machinery and automotive and electronic products; these industries are likely to suffer considerably more in the short term.
But the reduction in outbound shipments will be partly offset as producers in other countries ramp up production of components such as display panels, memory chips and semiconductors, expanding their own market shares.
This could merely hasten the already-evident trend of Japanese firms shifting production to countries with lower costs such as Thailand and China. As Japan’s share of global trade has fallen, output from China, South Korea, Taiwan and Southeast Asia has grown, lessening the disruption to global trade flows from the recent disaster.
Upward price pressures may nevertheless result, as seen already in a sharp increase in memory-chip prices since the earthquake struck on Friday.
(Click chart to enlarge)

A downside risk for neighbouring economies is that some of Asia’s major industries depend on highly specialized Japanese-made parts, components and basic chemicals for their own output.
For example, industrial parts from Japan account for a quarter of South Korea’s imports, so long delays in shipments from Japan could weigh on Korea’s own production capabilities.
In Latin America, the Japanese disaster will be felt indirectly, through its broader effect on world recovery. Latin America’s trade linkages with Japan are relatively modest, particularly since China has been increasing its presence in the region. Exports to Japan represent only 2.5% of Latin America’s total, and the region receives only around 5% of its imports from Japan.
Natural disasters often trigger a powerful economic response, as private and public resources are mobilized to rebuild. Government fiscal efforts are usually accompanied by accommodative monetary policies, to support the reconstruction process and stabilize financial markets.
The deployment of domestic resources and international aid often results in accelerated rates of measured economic growth within months of the destruction. Japan’s economy is expected to show signs of such a growth rebound as reconstruction begins in earnest during the second half of 2011.
The stronger import demand for a wide range of inputs will create some spillover into global economic growth, especially among producers of raw materials and other commodities.
While nothing can make up for the thousands of lives lost and disrupted by the disaster, the negative short-term effects on the global economy will likely be offset to a significant degree by the Japanese economy’s eventual rebound.
About the Authors
Alfredo Coutino is Director and Tu Packard is Senior Economist at Moody’s Analytics in the U.S. Matt Robinson is Senior Economist and Ruth Stroppiana is Chief International Economist at Moody’s Analytics in Australia.
Read more on
trade finance economic outlook