After Cost-Cutting: How to Attract and Retain Talent 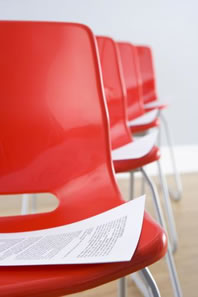 The CFO Innovation Asia Business Outlook Survey for the first quarter of 2010 has a surprise finding. Attracting and retaining employees is now a top internal issue among Asia’s CFOs.

The 205 respondents were asked to identify and rank the top three internal challenges their company faces. Two issues topped the list: ability to cut costs and reduce supplier spend (ranked first, second or third by 54%) and attracting and retaining qualified employees (48%). Only 30% of the executives surveyed had flagged employee hiring and retention as a top concern in our previous survey last year.
Yet cost-cutting and attracting and retaining qualified talent are antithetical in many ways. Thus this conundrum during these unsettled economic times: How can companies attract and retain talent without spending too much and thus sabotaging cost-cutting initiatives?
Demoralised Workers
A mid-2009 global survey by McKinsey found that staff morale had fallen steeply among all the companies polled. That’s not surprising. The degree of uncertainty stalking the world’s workers in the past year approaches that of the Great Depression. Almost everyone is understandably tense, fragile, worried, and likely to be overworked.
Companies remain under pressure to cut costs and the fastest way of achieving that is by firing people. But as economic stabilisation takes hold and businesses anticipate growth, particularly in Asia, organisations are looking to high performers to help lead them out of the storm and onto the winning side.
The problem is compounded in emerging markets because qualified people, among them finance professionals, are still in short supply. The economic crisis may have eased the shortage a little, but with Asia seemingly back on the growth path, finding and keeping the right talent may become difficult again – and many companies may not yet have the deep pockets to pay top dollar.
Non-cash Motivators
Fortunately, today’s workforce is looking beyond the uninspiring lure of the usual, proverbial carrot — cash-based incentives and stock options. In some instances, they want jobs that challenge, work that stimulates, leadership that motivates, and a better work-life balance.
Numerous studies conclude that for people with satisfactory salaries, certain nonfinancial motivators outweigh the value of extra cash in building long-term employee engagement. This is because many financial rewards are only successful in generating spurts of short-term motivation.
McKinsey’s global survey reveals that the top three non-cash motivators for staff are praise from immediate managers, leadership attention (such as one-on-one discussions) and an opportunity to lead projects or task forces. These incentives are key in making employees feel that their company values them, are concerned about their well-being, and put forth efforts to create career growth opportunities.

“One-on-one meetings between staff and leaders are hugely motivational,” says an HR director from a mining and basic-materials company. That’s because “they make people feel valued during these difficult times.” Similarly, involvement in special projects makes people feel like they are a part of the company’s future.

Yet the majority of companies are not very intuitive about the rewards that actually drive their staff’s performance, says the study. Two-thirds of the executives surveyed made changes to their reward-and-motivation programs during 2009 merely to reduce costs, 27% adjusted changes to increase employee motivation, and only 9% did so to attract new talent.
Furthermore, the use of the top three non-financial incentives decreased in 2009. In times when cash is tight, why do organisations fail to take advantage of cost-free motivators?
One factor may be the hesitation of executives to counter traditional managerial wisdom: the perception that money is what really counts. “Managers see motivation in terms of the size of the compensation,” explains an HR director from the financial-services industry.
Another likely reason is that non-financial methods of motivation actually require more time and commitment from senior managers. The habit of “hiding” in the office rather than engaging with employees actually creates a lack of interaction between managers and their people, which is counter-productive.
Training and Development
Staff development not only maintains workplace morale and increases long-term productivity; it also provides employees with the skills necessary to carry out job roles redefined by a reduced workforce or tighter budgets.
Tuition reimbursement programs, virtual learning environments, and in-house training seminars are some of the flexible options available to today’s companies. During the last recession, one company’s senior leaders took matters into their own hands. Instead of hiring external trainers, they continued to offer classes at the company’s leadership institute by replacing the external facilitators with themselves.
Not only did American paper and packaging company International Paper save money. It also leveraged on a unique position: by designing and carrying out the training themselves, the senior leaders were able to address the company’s needs directly, and tie in the program’s content with decisions and skills affecting the company’s current performance.
The benefit of training is that it builds up a workforce you already have. It is always more expensive to train a new member of staff from scratch than to upgrade a current one. In the U.S., the American Management Association reports that the cost of hiring and training a new employee can range between 25% to 200% of that person’s annual compensation.

A good way to identify learning needs is to survey the staff and allow them to evaluate the current skill levels of their peers. Next, let them estimate the skill level their group must reach in order to be successful. This increases the employees’ awareness of their learning needs and helps reduce any resistance to learning new skills.
Often, blindness to the true skill gaps in a company’s workforce may exist amongst upper management, while the staff themselves, who are required daily to deal with issues firsthand, may already be painfully aware of where the needs lie.
“When people are in positions of power,” explains Stanford management professor Robert Sutton, author of The Knowing-Doing Gap: How Smart Companies Turn Knowledge into Action, “for better or worse, they often become sort of oblivious to the needs and actions of the people who have less power than them.”
And, says Sutton, bosses often assume that because they hold the central position, they automatically know everything necessary to exercise effective leadership.
A 2008 survey by the Economist Intelligence Unit reveals that only 17% of the employees polled feel that their organisations have enough employees with the necessary skills and training to work independently.
Left untreated, this can be a serious morale buster — not only for the employees who could stand to benefit from being groomed for their posts through staff development, but also for the colleagues and supervisors who must bear the burden of working with, around or in spite of untrained individuals.
Management staff in organisations would do well to accurately pinpoint skill gaps by dividing the needs according geographic regions or offices, rather than by tiers. This would avoid casting too wide a net with training sessions that hope to blanket the range of needs voiced by one group, but which may not be shared by another of the same tier, in another geographic location.
Generation Y
In the next three years, the largest proportion of new recruits in organisations will be young professionals with three or four years’ work experience, and in India’s case, graduates with little or no experience at all. In the whole of Asia, this cohort will constitute 15% of the region’s population. Those born between the mid-1970s and early 2000s are known as Generation Y.

This large, new generation of employees is characterised by their having more trust in business compared with their older counterparts, but they also have higher expectations for career development and greater mobility than previous generations.

As workers, they are also expected to have higher attrition rates. “It’s a genuine problem, because they’re more likely to leave if [their careers are] not being developed,” says Mary Fontaine, senior consultant at global human resources consultancy Hay Group.
“[Businesses] have also figured out that this generation will not stay just because they have a good job and are being paid,” says Fontaine, “they want something more.” That something more include higher salaries, better benefits, flextime (flexible working hours), and expectations to be moved or promoted rapidly. Generation Y is considerably less reluctant to relocate away from their families.
Companies that can provide them with challenging job roles that are constantly expanding or being redefined, as well as good prospects for global career development, will benefit the most from Generation Y’s innovation and dynamic energy.
Another attraction for the next generation of employees is work-life balance. Companies that can rethink how work is performed and delivered — known as flexible work arrangements (FWAs): compressed workweeks, flextime, telecommuting — will likely encourage increased productivity, company loyalty, and employee job satisfaction. Rather than counting tangible hours or face time, employers may find themselves measuring their workforce by results.
But simply designing a one-size-fits-all policy for flexible working is not enough. By contrast, the baby boomer generation may prefer having fixed office hours, but ones that are non-traditional and more retirement-friendly. Companies that want to meet the needs of all their staff, not just Gen Y’s cohorts, should provide flexible workplace options that benefit as much of the staff as possible.
Finders, Keepers
As the global economy recovers, business leaders will have to move quickly to position their companies to emerge stronger, and that means ensuring they will have the right staff on board. Talent management is no longer handled as a human-resource focused issue — many companies are now treating it as part of their core business strategy. And given the challenges of recruiting and retaining qualified employees, companies should now realize that cutting costs equally across the board is no longer a viable solution.
Neither can they afford to lose staff. A study by the Institute for Research on Labor and Employment at the University of California, Berkeley in the U.S. has found that the average turnover costs for a manager is about 150% of his/her salary. This includes the tangible costs of hiring new workers and relocation, and intangible costs, such as the new worker's inefficiency and lost productivity while the job is vacant. (A formula for calculating the cost of employee turnover is available here.)
Figures from human resources consulting agency Hewitt Associates show that the average staff turnover rates for China, Hong Kong and India in 2009 are all in double digits, with better external opportunities cited as the major reason for voluntary attrition.
No wonder attracting and retaining talent has become a key concern in CFO Innovation’s latest business outlook survey.
About the Author
Angie Mak is online editor at CFO Innovation
Read more on
human capital management