After the Cash Crunch, What's Next for China? 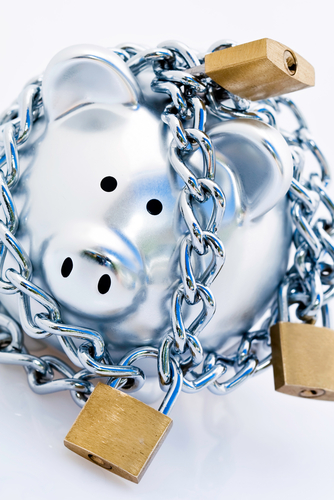 The liquidity squeeze in China’s interbank market in June came unexpectedly, and intensified market concerns on the economic outlook. The stress was caused by imbalanced demand and supply in the interbank market.
The high demand was well-anticipated for quarter-end reasons (including tax payment, regulatory requirements and maturity of wealth management products). The surprise came from the supply side.
The crackdown on the fake-export phenomenon – some exporters were filing fake trade invoices to circumvent capital controls – led to a sharp decline in capital inflow. Tightened regulation on interbank bond repo transactions also cut off an important channel for banks to finance the funding gap toward quarter-end.
Most importantly, the People’s Bank of China’s tough-line attitude and refusal to inject liquidity caused market panic.
On June 20, overnight interbank rate rose to an unprecedented level of 30% during intraday transactions. The market started to calm down after the central bank provided liquidity to some financial institutions. It also made a commitment to maintaining stable liquidity in the banking system and damping market volatility.
Balancing act
The motivations behind the PBOC’s tough actions are two-fold. First, the central bank wanted to cool market expectations on further monetary and credit easing. The reluctance to ease monetary policy (despite easing inflation pressure) is related to the observation that the credit transmission mechanism is no longer as effective as in the past.
Second, the PBOC wanted to force banks to manage their risks properly, by containing speculative financial activities in the market.
We expect the interbank stress to calm down in the coming weeks. However, the impact of interbank stress is not over, and market concerns about monetary policy tightening remain.
Risks may come from two channels: via slowdown in credit growth or via pass-over of higher funding cost to ultimate borrowers (i.e. higher lending rates). If a de facto monetary tightening occurs, it could force deleveraging and add downward pressure on economic activity.
The monetary tightening scenarios are not consistent with the PBOC’s prudent (neutral) monetary policy stance. The PBOC has policy room to correct for possible tightening bias. For example, it can ensure stable liquidity condition via open market operations, reduce the banks’ reserve requirement ratio (RRR) or cut policy rates if necessary, which could be combined with further increases in the floating range of deposit and lending rates.
Nonetheless, the interbank stress episode last month suggests that finding the right balance is not an easy task for policymakers.
Continued weakness
The latest macro data and the weakening in the J.P. Morgan Research Analyst Sentiment Index (JSI) continue to suggest a weak economy and easing inflation. On the policy front, the authorities have clearly signaled that there will be no near term monetary easing.
Industrial production growth picked up modestly in May to 0.6% month-on-month, seasonally adjusted, compared with 0.4% in April. But fixed investment growth eased to 20.4% over-a-year-ago, year-to-date, driven by continued weakness in manufacturing investment despite the solid growth in infrastructure investment.
Export growth fell 3.9% in May, in part due to the crackdown on the export over-invoicing phenomenon.
The bright spots are the pickup in retail sale growth (averaging 1.1% in April-May vs. 0.6% in the first quarter), and the improvement in industrial profits. Nonetheless, the Markit flash manufacturing Purchasing Managers’ Index (PMI) dropped to 48.2 in June, the lowest reading since last October. The National Bureau of Statistics of China’s PMI also fell to a four-month low at 50.1.
Shaken sentiment
Sentiment has also been shaken, with the JSI falling to 35.7 in June from 46.9 in May, recording the lowest level since the series began in August 2012 (see chart below). The notable weakening in the June JSI was led by the sharp decline in sentiments on industry earning-per-share (EPS) outlook, in addition worsening reading on output volume/sales, order book and gross margin.
Click image to enlarge
J.P. Morgan Sentiment Index By Sector

JSI and the macro picture.  The major challenge remains the continuous softening in manufacturing investment, which is related to overcapacity and a declining rate of return on investment. Despite the soft economic data, the new political leaders have no intention to introduce near term stimulus measures; they are, rather, focusing on structural reforms.
While this would be constructive for the economy's medium term rebalancing, it poses downside risks to near-term economic activity – and to our forecast of 7.6% growth for 2013.
JSI and other PMIs. The latest JSI readings came along with the weaker-than-expected flash June Markit PMI, suggesting that the near-term economic activity may continue on the weak side.
Sectoral dispersion and trends. On a trend basis, sentiment for index-heavy sectors (oil & gas, banking, property), consumption (hardware, auto, machinery) remains weak. Buy-sentiment for defensives (independent power producers, gas, telecom and healthcare) is on the uplift.
Slowing bank loans
In May, M2 growth moderated slightly to 15.8% over-year-ago, from 16.1% in April. But this is still much higher than this year’s target of 13%. New loan creation slowed down in May to RMB667 billion, compared to RMB793 billion in April.
In the first ten days of June, it is said that banks issued more than RMB1 trillion in loans, putting pressure on the PBOC to ease loan quotas. However, the policy actions of PBOC during the interbank stress sent a clear message that this will not happen. We expect bank loans to have shrunk in the remainder of June and new loan creation to total RMB850 billion.
China money supply and loan growth

The easing in CNY appreciation pressure is related to the crackdown on the fake export phenomenon since May. Also, the PBOC kept the mid-price relatively stable in June.
If this trend continues, i.e. relative stable exchange rate plus the gradual convergence between daily spots and fixing, we expect the PBOC will soon widen the trading band, an important step for the exchange rate reform and the ultimate target of currency convertibility.
In addition, in a recent speech, the PBOC governor stated that China will speed up capital account liberalization.
About the Author

This article is excerpted from the J.P. Morgan report “China Monthly Data Outlook,” which was published on 4 July 2013. It was re-edited for clarity and conciseness.