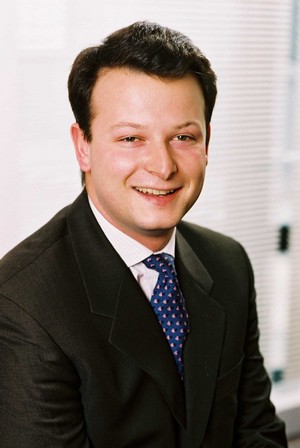 International Financial Reporting Standards (IFRS) is already in use in Hong Kong and Singapore. India will start phasing it in for listed companies between 2012 and 2014. Technically, China has not adopted IFRS, although it says that its new Accounting Standards for Business Enterprises (ASBE) covers all major areas of IFRS literature.

Pascal Jauffret, partner and Head of Asia Pacific IFRS desk at Mazars, categorises Asia’s into three groups: those that have implemented IFRS, those that are in the process of doing so, and those that have not adopted it. He sat down with CFO Innovation’s Angie Mak to discuss the road ahead for companies, given Asia’s unique IFRS situation.
What are the first things that CFOs need to know about IFRS?
What is critical for them is to know where IFRS is used and where it is not, so far. Depending on their own environment, IFRS may be mandatory for them.
As an example, [if a company] from London is applying IFRS, all their subsidiaries globally have to use the same reporting method, even if locally, they are using a different [financial reporting] language for regulatory purposes. If that company wants to invest and consolidate, or carry out an M&A deal, they have to convert this target into their own language. They have to absorb it.
If you have your headquarters in one of the 120 countries around the world that already apply IFRS, that’s something you’re already doing, [but] IFRS will also [continue to] affect you because there are new standards coming in.
What’s the situation in Asia?
Asia is quite unique, because you have three different areas: jurisdictions that already use IFRS, such as Hong Kong, Singapore and Australia; the countries on the way [to implementing it], such as Korea, Japan and Thailand, Malaysia, India, Indonesia; and the third area that hasn’t set anything, such as Vietnam and China.
Suppose you are in the third group. You would say, I’m not concerned with IFRS. But if you do any transactions overseas, the [involved parties] would like to understand [your financials]. For a company in Indonesia, for instance — even though Indonesia has not yet adopted IFRS — if the investors are based in Hong Kong, Singapore, or London, what they know is this [IFRS reporting] language. When we work with [an Indonesian entity] in setting a new bond, a new M&A deal or a new structure, we are moving away from the local regulatory environment. It’s as if [the company] were already applying IFRS.
Whether it is for mandatory purpose or whether it’s for the investors, the companies have to work in the IFRS environment.
Before I came to Asia, I was in Europe, advising banks and lawyers. When they pitched M&A deals, I told them they’d better have in mind that the CFO now has to get into the picture not only for cash flow or legal regulations. The CFO has to be prepared for the way all these deals will be presented in the financials.
If you don’t take this into the picture when you design the deal, you may have the best lawyers, but the presentation of the financials may not be the one you decided at the very beginning.
Previously, everybody considered that what counts [in a deal] would be the just the end results. But now, people are very sensitive to the volatility, to the EBITDA.

What are biggest hurdles for companies that are going to have to implement IFRS?
It’s the timing, because it takes awhile. First, it’s quite different from what you did before, so it’s very hard to do it right the first time. The second thing is the training. From one country to another, the quality of your accounting or finance staff may be fairly different. When you have staff that have been trained in very good countries, like Australia, then you feel very confident, because they have been trained to [deal with] IFRS since they were young, as students.
But when it comes to other places, where the staff had no access to that kind of training, then the way to go is much longer. On top of that, you have cultural issues. In some countries, people don’t want to say they don’t know [how to do something]. They don’t want to say they would be more confident if someone would help them. Whereas in other countries, people would feel comfortable saying they need support or a taskforce to do that. So the CFO should be a maestro, and should foresee these problems.
My fear is that in emerging countries, they think that [the rollout deadline of] 2012 or 2013 is quite far away, so they have time to consider that later. What we’re suggesting to our clients is that moving to IFRS can be split into two phases.
The first one would be doing a diagnosis right now. It doesn’t involve your staff much, so they can be focused on their regular [duties]. But get somebody from the outside to give you the flavour of what would be the big hurdles for you. As a manager, you can decide whether you can dedicate some resources early on for this issue. And then you can probably postpone the conversion [to IFRS]. Whereas if you didn’t do this, you would have to consider this by the time [the deadline] comes, and you’ll have to rush into it.
The language, the way you present it, may impact the way you want to design [an M&A] deal. Europe has been using IFRS since 2003. Quite often now, [companies in Europe] will not sign a deal before they get an overview of how it will be reported in their financials.
[Mazars encourages] the process of having the bankers, the lawyers, and the auditors working all together before the deal is even closed. This is a shift in the way CFOs should consider their process of acquiring companies and consolidating.
There’s a difference in IFRS reporting between private and the public entities. For private entities, are the considerations for designing a deal similar to that of a public entity?
As far as consolidation, it will be the same. In the telecom industry, due to the capex requirement, a lot of them are either public or will go public. It’s going to be difficult for them to participate in the consolidation process without having access to public funds.
You may have some exceptions, but the debt ratio will be under scrutiny. If you want to consolidate, how are you going to consolidate without going even more public?
SMEs and private entities will probably have a much more comfortable accounting environment. Even though Indonesia and India are moving towards IFRS for SMEs, this is still a shift compared to what they do today. As far as consolidation is concerned, the M&A standard will affect them too.

Private entities are not required to make public reports in the way listed companies do. Would IFRS still affect the way they structure a deal?
It will still affect them. [The reporting standard for] financial instruments will be much simpler, as long as they do not issue exotic products. M&A is more or less the same standard. It is not as though as long as you are not listed, you have no accountability.
For instance, as long as you are not listed in Japan [which has yet to fully adopt IFRS], you do not need to get an auditor. The figures that you present to the banker do not need to be verified, whereas in other countries — whether you are listed or not — you still have to be audited. So the level of communication that you have to a banker would be different from one country to the other, and would be based on the local regulations.
Non-listed companies are perceived as getting away with a lower level of transparency. Will this change due to IFRS?
It’s a bit of chicken and egg. Is transparency equal to telling investors everything?
My view, as an auditor, is that we have entered a period when transparency is [equated with] being too detailed, spelling out everything because companies don’t want to have risk of any kind. Because companies want to say to their investors: “I put everything [in my company’s financial reports].”
As a result, we get reports that are 500 pages long. Who can stand to read four or five hundred pages? [The reports have] very detailed calculations, but nobody cares about that. They explain why [the company is] using EBITDA of this amount, but probably only 5% of the people reading the financials are able to understand this. This is five pages out of five hundred, and people miss the global picture.
Even us, as auditors, we are even more financial analysts now, than just accountants. We’re trying to understand what are the future cash flows, what are the market’s expectations.
Every year, I request more funds from my clients because I need to implement this and that, I need to adjust the financials for these reasons. Even the CFO doesn’t understand. They ask, what is this for? So I have to justify why the IASB [International Accounting Standards Board, which is based in London] has issued this. People blame me because they think this my standard.
So I ask: Is it really what the investors need — five hundred pages [of financial reports]? Do they need all this for value calculation?
Is the only question we’re looking at just the cash flow? If it’s just based on the cash flow, then I don’t need all the rest [of the financial information], and the report can be much smaller.

Vietnam and China have yet to formally adopt IFRS. How much is this going to influence companies when they are considering M&A or when investors want to buy stock in companies there?

It will affect them because they will require that their service provider — whether a bank, a law firm, or an accounting firm — will apply the same standards used outside of Vietnam and China. That’s the [frame of] reference that everyone has in mind. What Mazars is doing [in those two countries] is that we are training our auditors in the same way we are training them outside Vietnam and China. We are able to say: We provide the same services.
In those countries, local companies need local standards; that’s enough for them. But as long as you are investing in companies that have connections outside of these countries, investors or shareholders [will require that companies] that report to [international] parent companies apply these international standards.
TIME AND MONEY
How much extra time will a company need to convert to IFRS?
I would say, probably 10 to 15% extra time. It’s not a very big deal in terms of time. It’s a bit more in terms of fees, probably because it involves [more] people understanding both standards [and who] are able to convert this.
It [also] depends on the level of detail. In IFRS, there are the figures in itself, and then there are the disclosures.
So the increased expense would be in fees?
Probably a 15% increase in the accounting fees.
Read more on
IFRS 16 professional development