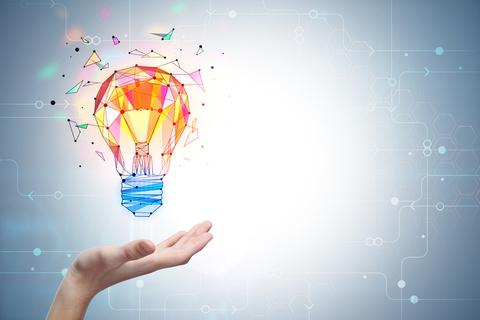 Last week, we recapped developments in the auditing scene in 2018 and looked at what might be in store this year for the Big Four auditors which increasingly rely on non-audit businesses for further growth.

The Big Four had the highest combined revenue growth in the past decade, though each of them almost faced a breakup of their audit and non-audit businesses in the UK because of past audit failure and their much criticized market dominance.

This week, two of the Big Four firms—PwC and EY—share with us their efforts in innovating themselves in areas such as services and talent management. While Deloitte declined CFO Innovation’s interview request, KPMG hasn’t come back to us with answers to the interview questions.

To take a look of the first part of this feature (World’s No. 1 Auditor: Big Four after Escaping Breakup & Highest Growth in a Decade), click here.

It’s highly likely that the Big Four firms will have to work with smaller auditing companies in the UK in the near future though they escaped the hotly debated breakup proposal by regulators.

While their businesses in Asia Pacific are not impacted by last year’s incidents because they are networks of companies operating as independent entities in different jurisdictions, the development last year in the UK would raise awareness of the need of tighter scrutiny elsewhere.

To maintain business growth and turnaround their image, these companies are expected to improve audit and add value by innovating their non-audit services.

The Big Four on average had two-third of their revenues from non-audit services while revenue growth from non-audit businesses was much faster than that from audit services in 2018, meaning a trend of dwindling reliance on the traditional business of auditing. In 2017, these companies had a similar experience in terms of the growth of these business lines.

Improving audit with investment in technology

Both PwC and EY said they are investing in technology to drive improvements not only in non-audit businesses but also in audit service as well.

“Assurance (audit) is still by far the largest part of PwC’s operations and provides more than 40% of revenues globally,” said Raymund Chao, PwC Asia Pacific and Greater China Chairman. “We are investing heavily in new technology to drive continuous improvement in the capabilities and effectiveness of our audits along with all our other businesses.

Audit’s contribution to EY’s revenues was also the highest in FY 2018, though the business line’s growth was the lowest at 4.4%.

EY’s Asia-pacific Accounts Leader Alice Chan said that audit continues to be the backbone of the firm’s offerings and as a multidisciplinary professional services organization.

EY’s bots for productivity and accuracy

According to her, the company has adopted technologies to transform and strengthen both traditional and new service offerings including labor-intensive manual processes and innovations, with the use of blockchain, AI, and robotic process automation (RPA).

“EY teams are using more than 2,000 bots across our businesses and client services,” she observed. “Of these, the 700 bots supporting EY internally have saved more than 2.1 million people hours and brought higher accuracy to manual processes.”

EY Assurance is also running a pilot of blockchain audit technologies known as EY Blockchain Analyzer that enhances the ability to perform in-depth reviews of cryptocurrency business transactions, she said.

“This will lay the foundation for automated audit tests of smart contracts and blockchain assets,” Chan noted.

Technologies aside, all Big Four firms have established and expanded their networks of experience and innovation facilities for clients to use and attract potential clients.

In Asia Pacific, KPMG set up its Digital Village in Singapore in 2016, now having 11 such facilities globally to provide access to disruptive technologies and expertise.

PwC launched its Experience Centers in late 2015 and now has more than 30 similar facilities.

According to him, PwC is thinking about opening another five to eight such facilities in the next two years in cities including Bangkok, Ho Chi Minh, Seoul, Jakarta, and Kuala Lumpur.

“Unlike other Big Four firms, we’re not trying to run a separate agency or data center,” said Parsonage. “Our facilities are integrated to the wider consulting practice.”

EY teams are using more than 2,000 bots across the firm's businesses and client services

“Our Experience Centre combines the diverse skills and experience of a business consulting with the creative capabilities of a digital agency to effectively design experiences to help clients solve problems,” he added.

EY also has its network of 19 wavespace centers globally. Four of these facilities—opened last year—are in Asia Pacific cities including Hong Kong, Singapore, Shanghai, and Sydney.

According to EY’s Chan, the firm plans to open wavespace in six more Asia Pacific locations in 2019 to help clients envisage and launch services in areas such as mobility, customer experience, and data analytics.

“EY wavespace offers a collaborative environment where clients can work with our people to co-develop practical approaches to real world problems,” Chan noted. “Supported by new technology and connectivity, EY wavespace can support new and better ways of thinking and working.”

The EY wavespace is part of the firm’s US$1 billion investment announced in August 2018 in new technology solutions, client services, innovation and the EY ecosystem over the next two financial years.

EY’s technology spending reaches more than US$1 billion a year and part of the investment will be used to fund acquisitions, the company said.

While technologies and facilities are important, talent is also key to enhance business edge in the fast changing audit and advisory markets.

Chan said EY is transforming the approach to talent development with the introduction of LEAD and giving more employees the opportunity to develop ‘hot’ skills such as those related to data analytics, robotics, and AI.

According to her, LEAD—without the use of numeric ratings in the performance management process—uses technology and innovative digital platforms and encourages real-time feedback across 260,000 EY people worldwide.

“LEAD will allow people to gain the insights they need to develop, grow their individual careers and prepare for the future of work,” she said.

EY has also introduced a new program called EY Badges that will support employees earn digital credentials in skills that differentiate them in the market, according to Chan.

These skills include data analytics, AI, data transformation, and information strategy, she added.

Individuals will earn EY Badges based on a consistent standard around the world, according to EY.

PwC's Clarkson: We will be focused on engaging our people by helping them to re-imagine their lives at PwC throughout 2019

Badges are earned through learning, fulfilling required experiences and contributing to the broader community—such as coaching colleagues, presenting to clients or publishing an article that educates others about an acquired skill, EY said.

There will be four levels of distinction—bronze, silver, gold and platinum, with defined criteria to be met in learning, experiences and contribution to earn each badge. Prior experiences will also be considered for badging as talented people join EY, the company noted.

At PwC, the company in Hong Kong and China is focused on creating a more digital, meaningful and connected workplace experience for all employees when it comes to retention and engagement, said PwC Hong Kong’s Ewan Clarkson, Partner, Human Capital.

“Our strategies reflect what our people have told us is important to them: to live a happier,  more engaged, and more creative life,” Clarkson noted.

According to him, PwC throughout 2019 will be focused on engaging our people by helping them to re-imagine their lives at PwC through a drive to:

To nurture creativity and innovation among its staff, the firm has taken steps to foster what it calls a culture ‘intrapreneurship’.

PwC launched its HK$150 million (US$19.1 million) Intrapreneurship Fund in 2017 to invest in game-changing ideas that come from its employees. Last April, the firm also launched the HK$50 million (US$6.3 million) Game Changer Awards to recognize and reward people whose game changing efforts and behaviors embody the spirit of intrapreneurship and are making a difference.

We’ll see if those efforts in innovating service lines and talent management by these two Big Four firms will result in less drama in the audit industry and higher growth in 2019, which is expected to be tougher than 2018 as the global economy is slowing and uncertainties coming from trade tensions might stay for a longer time.

As reported last week, there’d be a public consultation on the proposals of changes for the audit sector in the UK starting this month.

CFO Innovation will follow up on the upcoming changes, which—though might not leave an immediate impact on the Big Four here in Asia Pacific—will raise the awareness of how the audit industry could improve in other regions.

To take a look of the first part of this feature (World’s No. 1 Auditor: Big Four after Escaping Breakup & Highest Growth in a Decade), click here.