World’s No. 1 Auditor: Big Four after Escaping Breakup & Highest Growth in a Decade 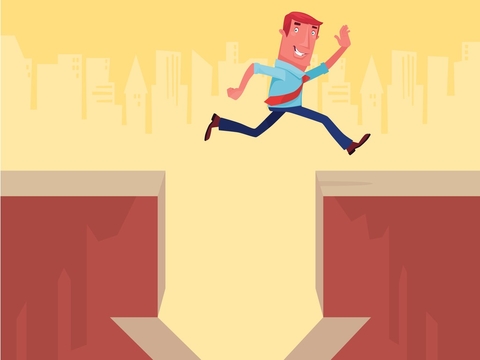 Editor’s note: It’s a bumpy ride for the Big Four in 2018 despite their great revenue growth. Let’s recap developments in the auditing scene last year and look at what might be in store this year for these auditors which increasingly rely on non-audit businesses for further growth.

The second part of this feature on how two of the Big Four firms are trying to innovate themselves in areas such as services and talent management has also been published. Please click here to take a look.

Deloitte—the number one in both 2016 and 2017—once again emerged as the largest Big Four accounting firm with revenues of US$43.2 billion in FY 2018.

In terms of revenue growth, 2018 was a great year for the rest of the Big Four as well.

Their individual revenue growth ranged from 9.55% to 11.34%—the highest in a decade for Deloitte, EY, KPMG and the highest for PwC since 2012.

Not an easy year despite high growth

However, the Big Four didn’t have an easy year in 2018, given they came very close to the brink of a breakup of each individual company.

This was sparked by the Carillion case that drew more fire to their market dominance and audit quality (see background story below).

Be prepared for a new regulator and more scrutiny

Last month, two reports in the UK proposed huge changes—already debated in the past year—to the audit market.

In a report commissioned by the business ministry, John Kingman, chairperson of insurer Legal & General, said the Financial Reporting Council (FRC)—the current audit market regulator—needs to be replaced by a new one.

One of the reasons for that is the FRC has been perceived to be too close to the Big Four firms that check the books of the top 350 listed firms in the UK.

The Carillion case was definitely not the first showing the FRC’s “being too close” to these auditors.

The watchdog cleared KPMG in 2017 for its audit of HBOS, which was deemed to be in good financial health just months before the bank’s collapse and government bailout.

It also cleared PwC almost five years ago over the Tesco accounting scandal, which saw the supermarket overstate profits by hundreds of millions of pounds.

The new regulator—which Kingman tentatively named Audit, Reporting and Governance Authority—would have new power to pursue any company director for wrongdoings and be funded by a mandatory levy on accounting firms.

The new regulator is also supposed to bring an end to industry self-regulation through professional bodies like the ICAEW.

Meanwhile, FRC’s chief executive Stephen Haddrill said he would step down this year.

Breakup escaped: Expect to work with smaller firms in audit

The Competition and Markets Authority (CMA) also published in December interim findings of its audit market review, proposing that FTSE350 audit should be carried out jointly by two firms while at least one of which should come from a non-Big Four company.

The subsidiaries of a company would be divided up among the two auditors, with both approving the consolidated accounts.

An alternative would be to award some major audit deals only to non-Big Four firms if joint audits wouldn’t work.

Despite the pressure to split up the Big Four firms, the CMA stopped short of doing that. Instead it proposed putting their audit and advisory business lines into separate operating entities.

To ensure that the separated audit businesses would focus on quality book keeping, the CMA proposed that they would each have its own board, staff, and profit pool for bonuses.

The CMA recommendations are open for public consultation until mid-January.

While the business ministry welcomes the proposals, it has to conduct a public consultation on the issue.

The formation of the new regulatory body is expected to see delay as the parliament would be busy with Brexit for some more time.

Regardless of the public consultation results, the audit landscape is expected to see huge change after a new regulator emerges and heavier scrutiny given the past audit failure.

Minimal impact in other regions

Despite the crisis in the UK’s audit market, the impact on the Big Four’s businesses in Asia Pacific is minimal because they are networks of companies operating as independent entities in different jurisdictions.

However, the development last year in the UK would raise awareness of the need of tighter scrutiny elsewhere.

To maintain business growth and turnaround their image, these companies are expected to improve audit and add value by innovating their non-audit services.

To take a look at how two of the Big Four firms go about innovating both their audit and non-audit businesses as well as talent management this year, please click here.