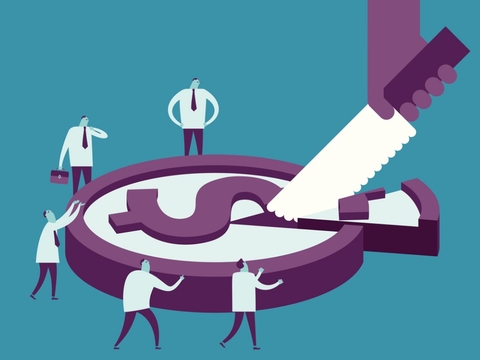 While the debate of splitting up each of the big four accounting firms in the UK has minimal impact on their businesses in Asia Pacific because they are networks of companies operating as independent entities in different jurisdictions, the call for the breakup reflects the need to address those long-existing audit industry issues.

To ensure higher audit quality and a more leveled playing field, the industry will need to address issues such as high barriers to entry, so that new entrants want to, and are able to enter the market, said Mark Billington, ICAEW Regional Director, South-East Asia.

“This may mean looking at limited liability, which clients are reluctant to cap by contract; considering whether audit fees need to be altered to change the risk profile and make taking on big audits more palatable,” he noted.

In late August, audit industry representatives in the UK met with regulators to discuss putting a limit on the big four accounting firms’ market share after members of the parliament called for a breakup of these heavyweights.

The big four, smaller audit players including Grant Thornton, RSM, Moore Stephens, Mazars and BDO, as well as the Institute of Chartered Accountants in England and Wales (ICAEW) and Institute of Chartered Accountants of Scotland had a conference call to finalize their co-created proposal before presenting it to Competition and Markets Authority (CMA).

One of the recommendations in the proposal includes a limit on the number of the 350 biggest companies in the UK a big four firm can audit.

At the moment the big four firms check the books of almost all those leading corporations in the country.

Other suggestions include having audits shared by a big four firm and a smaller rival while the big four could also license their technologies for smaller audit players to use.

According to media reports, smaller auditing firms such as Grant Thornton indicated that it’d give up bidding for top audits as they failed to win bids after costly exercise in which companies only struck deals with the big four players.

In addition, the proposal suggests that an independent body picks the auditor for companies, now a task of a firm’s audit committee.

The industry should be realistic about the resources that could be shared, the timelines for the implementation of the proposed solution and the possibility of building capacity in existing smaller audit firms

Billington said it’s up to the CMA to determine the steps it’d take after reviewing the submitted proposal.

He said that the industry players need to be realistic with their expectations and timescales.

“Even with the implementation of all suggested solutions with buy-in from all stakeholders – clients, the big four, audit firms - the simple issue of scale still exists,” he said. For some smaller firms, getting to a position where they can take on large multinational audits will take time, which is an issue of capacity, and not quality.

Background recap: The collapse of Carillion in the UK

The call for the big four breakup in the UK started in May when two parliamentary committees issue a scathing report which accused the big four of being “complicit” in the collapse of government contractor Carillion.

The report says that Carillion exposed the UK’s audit market as a “cosy club incapable of providing the degree of independent challenge needed.

After the collapse of the outsourcing firm, there were calls for breaking the big four into more audit firms and detaching audit business from consultancy.

Audit failings on the rise

At the same time, audit failings in the country have also been on the rise. The value of fines levied by the Financial Reporting Council (FRC) against auditors has risen 23% to £17.96 million (US$23.58 million) in 2017/18, up from £14.59 million (US$19.15 million) the previous year, according to research from Thomson Reuters.

There's been increasing pressure on FRC to crack down on subpar audit work and to raise the amount of penalties.

Earlier this year the regulator introduced fines up to £10 million (US$13.12 million) for seriously poor audit work based on recommendations from a report chaired by retired Court of Appeal judge Sir Christopher Clarke.

Will a breakup help tackle the audit concentration issue?

Billington said the breakup of the Big Four—whether that means creating smaller firms or audit-only firms—might not necessarily be able to address the problems of audit concentration.

“The industry should also be realistic about the resources that could be shared, the timelines for the implementation of the proposed solution and the possibility of building capacity in existing smaller audit firms,” he pointed out.

Getting to a position where smaller firms can take on large multinational audits will take time, which is an issue of capacity, and not quality

“If you step back and think about the benefits of some of the skills and competencies that we have in an organization like ours, they are additive to a quality audit,” he said.

“If you don't have that expertise because all you have are people who only understand the numbers, you miss the bigger risks,” he added.

Kevin Ellis, PwC’s UK chairman and senior partner was quoted in a recent report by the UK’s City A.M.as saying that the firm supports diversification but splitting the four players would damage the level of insight available to audit clients

PwC admitted in its financial year-end report that it has made mistakes over the past year and is very conscious of the criticism that has been levelled at the profession. The firm announced that global revenues grew 7% to of US$41.3 billion for the 12 months ending June 30, 2018.

“When we bring an audit team to a client, it’s made up of technology experts, tax experts, and valuation experts,” Weinberger pointed out. “Without a multi-disciplinary group of people, we could not serve clients like Google, Amazon, Facebook, and Salesforce because these are required to assess their risks going forward as a business.”