When Business Partnering Sours: The Rio Tinto CFO Who Did Not Say No 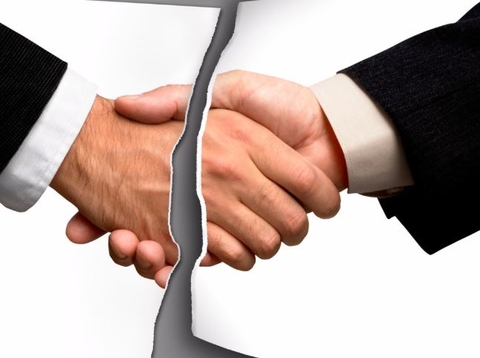 In 2012, when CFO Innovation first published its list of Asia’s best-paid CFOs, Guy Elliott of Australian mining giant Rio Tinto was ranked No. 3. His total compensation in fiscal year 2011 came to US$5.8 million. The next year, he disappeared from the league table, replaced by new Rio Tinto CFO Christopher Lynch (who came in at No. 5 with US$4.1 million).

What happened? Elliott had retired at 57 in April 2013, three months after CEO Thomas Albanese stepped down “by mutual agreement with the Rio Tinto Board” and after the company impaired the carrying value of a coal mine in Mozambique by US$3 billion. Albanese and Elliott were part of the team that had approved the purchase of the mine for US$3.7 billion two years earlier.

The CEO believed that “there would be continued growth in energy, especially in emerging markets.” However, the CFO had “concerns that [the CEO] was too inclined towards growth at the expense of value”

Last week, Albanese and Elliott were in the news again. The US Securities and Exchange Commission sued Rio Tinto and the two men for fraud, alleging that they embarked on “a course of deceptive conduct . . . to conceal the rapid and dramatic decline in value of a coal business in Mozambique.” Elliott, a UK national, abruptly resigned from the UK regulator The Takeover Panel and from his position as non-executive director at Royal Dutch Shell.

Albanese, 60, who stepped down as CEO of Indian miner Vedanta in August, said: “I echo Rio Tinto’s confidence that these [allegations] will be proved baseless in court.” The Australian miner had issued a statement calling the case “unwarranted” and expressed the belief that “the SEC’s claims will be rejected.” For his part, Elliott’s said through a spokeswoman that he “fully refutes the charges and will be vigorously contesting them.”

For CFOs, the case is a reminder of the new risks posed by the expansion of their remit. Automation, robotics, artificial intelligence and other technology tools, along with cloud platforms, Shared Services Centers and Centers of Excellence, are speeding up transactional work. This is freeing up the finance function for the higher-value tasks of analytics, strategic support and business partnering.

Like most finance leaders in Australia, Elliott was much more than a bean-counter at Rio Tinto. He was a strategic business partner and advisor to the CEO, in addition to his controlling, stewardship, compliance and investor relations responsibilities (Rio Tinto is listed on the Australian Securities Exchange and the London Stock Exchange).

In the SEC’s telling, Elliott appeared to have some misgivings about the way Albanese was implementing his strategy for Rio Tinto. According to the US regulator, the CEO believed that “there would be continued growth in energy, especially in emerging markets, and that a significant coal discovery could be of strategic importance on a long-term basis.” However, said the SEC, the CFO had “concerns that Albanese was too inclined towards growth at the expense of value.”

That’s a dynamic that may sound familiar to some finance chiefs. The CEO is typically seen as the blue-skies leader who inspires the organization to do everything it can to realize his strategic vision. The CFO is there to counsel and support with analysis, due diligence and evidence-based data – and act as a brake, if needed.

Albanese had something to prove. Two months after becoming CEO in 2007, he presided over a US$38-billion acquisition of Canadian aluminum-processing company Alcan. (Elliott was already CFO then, having been appointed in 2002.) Less than two years later, Elliott oversaw a US$7.9 billion impairment of Alcan’s carrying value, and three other impairments in 2010, 2012 and 2013 – effectively writing off the entire investment.

A lot was thus riding on the Mozambique deal, which was “expected to restore the market’s confidence in Albanese’s deal-making acumen,” according to the SEC. The target company was Riversdale Mining, which owned the Zambezi coal project and had a joint venture with an international company on the Benga coal project. The two assets were located contiguously in Mozambique’s Tete and Moatize provinces.

In its complaint, the SEC asserted that Rio Tinto’s in-house experts had identified significant risks, including those related to barging, other transport options, and the quantity and quality of the mineral deposits. “They repeatedly described the risks to Albanese and Elliott,” said the SEC. “However, Albanese and Elliott did not disclose this material information to Rio Tinto’s Board of Directors.”

The board, of which both Albanese and Elliott were members, approved the acquisition. Months later, some of the due-diligence warnings came to pass. By October 2011, the VP of Logistics of Rio Tinto Energy, the unit responsible for Rio Tinto’s coal and uranium business, concluded that the hydrogeological properties of the Zambezi River and ecological constraints would not be able to support barging infrastructure for 30 million tons of coal annually.

The infrastructure that could be built would support the transport of only 10 million tons of coal, materially affecting the project’s valuation. Even that proved illusory. In December, the Mozambique government disapproved Rio Tinto’s barging proposal. The rejection meant that the only viable transportation was by railway, which was expected to transport an additional 12 to 15 million tons, in addition to the 30 million tons projected for the barges.

“But within a few months,” says the SEC, “the company came to understand that the existing rail line had a maximum capacity of six million tons of coal per year, and that only 32 percent of that capacity, i.e., a little less than two million tons, would be available to Rio Tinto on a shared basis.” Rio Tinto also discovered, according to the SEC, that the 7 billion tons in coal resources that Rio Tinto’s due diligence estimated for the mine was inaccurate. Post-acquisition, the resources had to be reduced to less than 3 billion tons.

All these issues substantially affected the acquisition’s value. According to the SEC, Rio Tinto Coal Mozambique (RTCM), the new name of Riversdale Mining, created a ground-up valuation model that took these new developments into account. The model generated negative valuations, ranging from minus-US$3.45 billion to minus-US$9 billion, depending on the assumptions.

The SEC charged that Albanese and Elliott did not inform Rio Tinto’s Audit Committee and its independent auditors of the “nature and effect” of the adverse developments. Rio Tinto also failed to test RTCM for impairment pursuant to Rio Tinto’s accounting policies and the provisions of IAS 36, the regulator alleged.

Albanese and Elliott signed Rio Tinto’s 2011 Annual Report which made no mention of the barging and resources issues at RTCM. That report was incorporated in Rio Tinto’s Form 20-F filing with the SEC in March 2012, which brought the alleged infractions under the ambit of the US regulator.

“Albanese and Elliott knew, were reckless in not knowing, or should have known that these certifications were false because the Annual Report continued to value RTCM at more than US$3 billion even though there was no viable plan to transport more than a small fraction of the coal that would need to be sold to support that valuation,” said the SEC.

The SEC wants Albanese and Elliott to “disgorge all ill-gotten gains as a result of their unlawful conduct, plus prejudgment interest,” pay civil monetary penalties, and be “barred from acting as officers or directors of any public company”

The SEC also charged that Rio Tinto, via Albanese and Elliott, used the valuation that they knew or should have known was inaccurate to support the issuance of four bonds totaling US$2.5 billion, which were listed on the New York Stock Exchange in March 2012, days after the release of the 2011 Annual Report. Three other bonds, with a face value of US$3 billion, were issued in August that same year.

The lack of impairment action came to a head in December 2012 when the executive in charge of the Rio Tinto Technology & Innovation Group (T&I) spoke directly with the Chairman of the Board. This executive, along with a Rio Tinto geologist, had spoken to Elliott in November informing him that, in their judgment, RTCM had little or no commercial value given the resources and transportation issues.

“Contrary to his promise,” said the SEC, “Elliot did not disclose the significant valuation challenges that T&I had flagged for him in their previous call. Rather, Elliott merely alluded to the information he had received from T&I as ‘late breaking’ news of a ‘technical nature.’ The board chairman ordered an investigation and in January 2013, the value of RTCM was revised down by 80%, to US$611 million.

Albanese was dismissed a few weeks later. In February, Rio Tinto announced a net loss of almost US$3 billion for the year 2012, its first ever loss since it was founded in 1873. Elliott retired in April. In 2014, Rio Tinto further impaired RTCM’s carry value to US$119 million. Sometime later, in October of that year, RTCM was sold for US$50 million – less than 2% of the US$3.7 billion it paid to purchase it.

The SEC filed its suit three years later. Among other things, it is asking the Southern District Court of New York to order Rio Tinto, Albanese and Elliott to “disgorge all ill-gotten gains as a result of their unlawful conduct, plus prejudgment interest,” to pay civil monetary penalties and for Albanese and Elliott to be “barred from acting as officers or directors of any public company.”

Elliott is presumed innocent of all the charges, but must prove this is the case in court. Even so, the sorry saga reminds CFOs everywhere that:

Remember that, in today’s environment, whistleblowers abound. People can easily go over your head and speak to the board directly

Of course, if you are determined to be an enabler of the CEO’s schemes, perhaps because you are in too deep, do exactly the opposite of the above.

But remember that, in today’s environment, whistleblowers abound and can gain substantially from reward money. People can easily go over your head and speak to the board directly or utilize hotlines to rat you out. And the media is always ready to highlight perceived or actual malfeasance.

Do not think that you can quietly retire either, especially if your company’s dealings come under the ambit of a regulator like America’s SEC. Your local regulators may let things slide. But you may not be as lucky when it comes to other regulatory and judicial authorities.