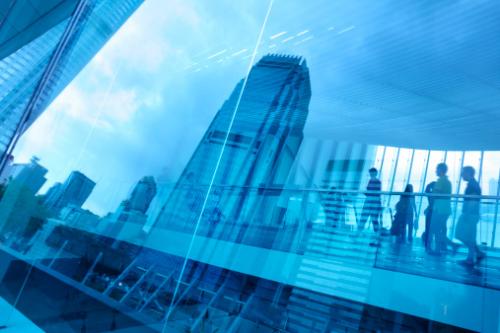 Passed by the Legislative Council on July 12, 2012 after a year’s-long process of deliberation and review, Hong Kong’s new Companies Ordinance (Cap. 622, “new CO”) recently went into effect.
The Ordinance consists of 921 sections and 11 schedules and is described as addressing four goals: to enhance corporate governance, ensure better regulation, facilitate business, and modernize the law.
Overall, the Ordinance strengthens the position of shareholders vis-à-vis company directors and expands the powers of the Registrar of Companies, even while removing some bureaucratic obstacles to the smooth flow of business. It is hoped that these latter provisions will reduce some unnecessary costs of doing business in Hong Kong (see “Facilitating business” below) and further strengthen its position as a capital of international commerce.
The following are some specific examples of the most significant reforms introduced by the Ordinance.
Corporate Governance
The Ordinance contains several measures designed to improve the governance of Hong Kong businesses.
Every private company is now required to have at least one natural person designated as a director (with failure to do so punishable by fine), for whom employment contracts exceeding a 3-year tenure must receive shareholder approval; the legal responsibilities of the position of director have also been made more explicit.
Importantly, the involvement of shareholders (especially minority shareholders) in company decision-making has received a boost through the Ordinance’s lowering of voter thresholds for blocking public offers or takeover bids – a bid is defeated if it is opposed by more than 10% of disinterested shareholders.
Additional measures include requiring companies to provide shareholders with more detailed information on company direction, which will be contained in the comprehensive directors’ reports – this is in keeping with the heightened transparency demanded by the Ordinance.
Lastly, the Ordinance tightens restrictions on directors’ conflicts of interest through such measures as expanding the category of persons who, for reason of their connection to a company director, are prohibited from receiving loans, and requiring that these and similar transactions receive the approval of disinterested shareholders.
Better Regulation
Measures for ensuring better regulation deal largely with clarifying the role and powers of the Registrar of Companies to obtain and revise company registration records; for example, auditors are charged in the Ordinance with ensuring the accuracy of company financial reports (negligence punishable by law).
Among the expanded powers of auditors is the right to obtain information from the accounting records of a non-Hong Kong incorporated subsidiary.
Overall, the Registrar’s ability to carry out investigations of violations and enforcement of penalties has been strengthened, with a maximum fine of US$25,000 applicable to companies who fail to provide requested information.
Facilitating Business
While many of the measures introduced by the Ordinance would appear to constrain freedom in business practices, to better facilitate businesses in Hong Kong, the new CO also aims at the removal of restrictions.
These include abolishing the requirement for companies to hold an annual General Meeting (contingent on shareholder consent) and the prohibition on a company lending capital to a third-party for the purpose of acquiring the company’s own shares.
Also significant is the Ordinance’s expansion of the range of companies, particularly SMEs, that qualify for simplified reporting.
In more miscellaneous measures, the Ordinance does away with the requirement for official company seals and allows companies to hold general meetings as teleconferences.
Modernizing the Law
Under this final goal, the Ordinance simplifies the language of its predecessor and abolishes a number of antiquated concepts contained therein, including par value shares, memoranda of association, and the power of a company to issue share warrants.
Furthermore, the activation of the new CO was accompanied by 12 pieces of subsidiary legislation and various complementary reforms to the Registrar of Companies.
As yet inactive, however, is a somewhat controversial statute with bearing on directors’ disclosure of information, titled the “Companies (Residential Addresses and Identification Numbers) Regulation”. According to the Companies Registry of Hong Kong, the relevant new arrangement will be considered after the new CO is commenced.
Under these provisions, the residential addresses and full identification card numbers of company directors and secretaries would be available for public access, barring these parties’ successful application for restricted status.
Even in such cases, the relevant information could be released by the Registrar to certain classes of persons with a legal right of access or in the event of delinquency on the part of a director.
One source notes that while this push for transparency is likely a step in the right direction for Hong Kong’s business community, because the directors of many Hong Kong businesses do not themselves reside in the region, it is likely to produce some bumps along the way.
About the Author

Dezan Shira & Associates is a specialist foreign direct investment practice that provides advisory services to multinationals investing in emerging Asia. This article was first published in Asia Briefing and was re-edited for clarity and conciseness. For further details or to contact the firm, please visit www.dezshira.com.