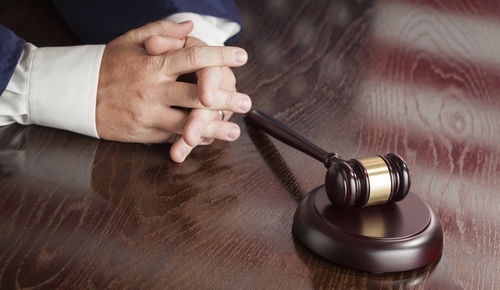 A landmark ruling by the Florida-based Eleventh Circuit Court has clarified the definition of an “instrumentality” of a foreign government, as the term relates to the US Foreign Corrupt Practices Act (FCPA).

The clarification of the term on May 16 in United States v. Esquenazi will have a significant impact on the operations and conduct of American companies doing business across Asia – and the Asian enterprises that deal with US companies.

The FCPA prohibits publicly traded US companies and companies incorporated in the US, as well as their officers, directors, employees, stockholders and agents, from making or offering corrupt payments to foreign government officials. Under the FCPA, “foreign official” refers to “any officer or employee of a foreign government or any department, agency, or instrumentality thereof.”

The significance of the ruling on United States v. Esquenazi lies in the fact that it is one of the first times the term “instrumentality” of a foreign government has been defined in detail. The ruling provides a list of non-exhaustive factors to assist in determining whether an entity is such an “instrumentality” under the FCPA.

The Case
Joel Esquenazi and Carlos Rodriguez (co-owners of Terra Telecommunications Corp.) were found guilty by a Miami jury in August 2011 of bribing officials at state-owned Telecommunications D’Haiti between November 2001 and March 2005.

In the case, the question of whether or not Telecommunications D’Haiti was indeed an “instrumentality” of the Haitian government played a key role in the United States’ ability to prosecute Esquenazi and Rodriguez under the FCPA.

Two precedents
At the time of the appeal in United States v. Esquenazi, factors that determine what constitutes an “instrumentality” had already been addressed previously on two occasions.

The first was in United States v. Noriega, during which the district court applied a five-factor test:

Clarifying the test
Considering the facts from these two previous cases, the Eleventh Circuit clarified the test for determining whether an entity is an “instrumentality” in United States v. Esquenazi.

In the court’s opinion, an “instrumentality” is defined as “an entity controlled by the government of a foreign country” that “performs a function the controlling government treats as its own.”

However, the court elaborated that determining who controls an entity, and whether a government treats an entity as its own, are “fact-bound questions” that should be answered on a case-by-case basis because it “would be unwise and likely impossible to exhaustively answer them in the abstract.”

According to the Eleventh Circuit’s opinion, the following two lists of non-exhaustive factors should be taken into account when assessing whether an entity is an “instrumentality” of a foreign government under the FCPA.

It should be noted that these two lists were drawn in part from Organization for Economic Cooperation and Development’s (OECD) Convention on Combating Bribery of Foreign Public Officials in International Business Transactions.

In countries such as Vietnam and China, American firms should exercise caution in their dealings with staff and officials from government-owned and controlled entities so as to not fall afoul of the FCPA

First, courts and juries should determine whether the government “controls” the entity by considering the following factors:

To assess “whether the entity performs a function the government treats as its own,” the following factors should be examined:

The opinion additionally elaborated that “it will be relatively easy to decide what functions a government treats as its own” by examining more objective factors such as “control, exclusivity, governmental authority to hire and fire, subsidization, and whether an entity’s finances are treated as part of the public fisc” (public treasury or exchequer).

US Companies in Asia
While the Eleventh Court’s ruling in United States v. Esquenazi relates to business conducted in Haiti, it will also impact the operations and conduct of American companies across Asia.

The court’s broad consideration of Telecommunications D’Haiti as an “instrumentality” of a foreign government will have the most significant impact on future cases that involve questions of how to interact with employees and officials from entities that are partially owned by foreign governments – even if those entities are operating in the commercial arena.

In countries such as Vietnam and China with large numbers of state-owned (or partially owned) enterprises, American firms should exercise caution in their dealings with staff and officials from, and payments to, government owned and controlled entities so as to not fall afoul of FCPA provisions.

Whether or not a recipient of payment is a “foreign official” can be a murky issue. The Department of Justice’s and Security and Exchange Commission’s possible interpretation of these transactions and payments should be carefully considered.

In the court’s opinion, “[that] a government-controlled entity provides a commercial service does not automatically mean that it is not an instrumentality.” This highlights the sensitivity with which American firms must interact with enterprises that may be partially government-controlled, but simultaneously engaged in commercial activities.

About the Author
Dezan Shira & Associates is a specialist foreign direct investment practice that provides advisory services to multinationals investing in emerging Asia. This article was first published in Asia Briefing and was re-edited for clarity and conciseness. For further details or to contact the firm, please visit www.dezshira.com.