Proposed by Republican congressional leaders, the tax is supposed to pay for Trump’s Mexico border wall.  According to the Republican plan, imports would be taxed at a rate of 20%, while exports would be excluded from taxes in the form of rebates.

Winkler and Saravelos have calculated the trade impact from a prospective U.S. border tax. 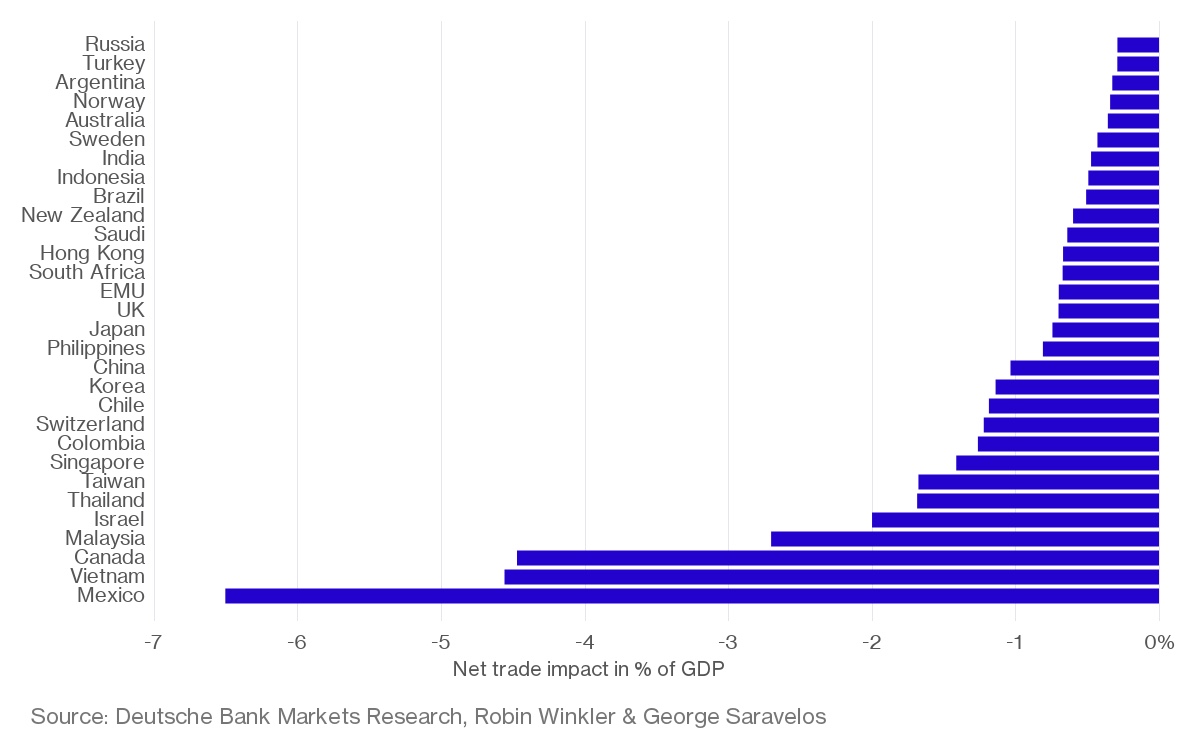 The economists estimate that a border tax, for instance, would have around -4.5% impact on   the GDPs of Vietnam and Malaysia.

“The magnitudes of the damage would be enormous, in our view,” noted Winkler and Saravelos in the research.

If implemented, the plan would likely cause the dollar to appreciate sharply.

“We still consider border tax adjustment one of the key bullish risks for the dollar over the next year.”