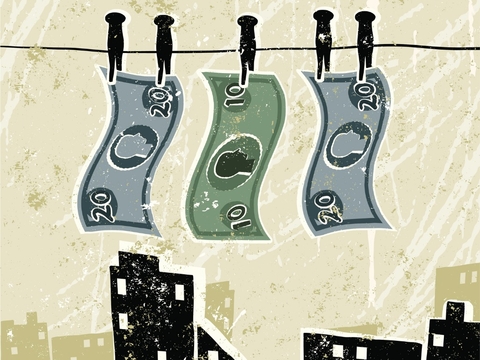 Standard Chartered has agreed to pay US $1.1 billion to settle allegations by regulators in both the US and UK for breaching anti-money laundering laws and economic sanctions.

The bank will pay US$947 million to American agencies. The US’s Treasury and Department of Justice as well as New York State regulators and prosecutors in said the bank had processed hundreds of millions of dollars for years in transactions from countries—including Cuba, Iran, Sudan, and Syria— banned from participating in the country’s financial system, including Cuba, Iran, Sudan and Syria.

The US Treasury Department said the majority of the transactions worth US$438 million that the bank processed between 2009 and 2014 involved Iran-linked accounts from its Dubai branch routing payments through, or to, its new York office other US-based banks.

The Department added that the banks failed to adequately vets its clients and the source of their money.

It’s not the first time the bank’s fined in the US for the same reason.

These latest settlements, however, are the largest imposed on the bank since 2012 when it paid US$667 million as penalties for allegation of sanction breaches in the US between 2001 and 2007.

UK regulator: “Serious and sustained shortcomings” in the bank’s customer due diligence

In the UK, Standard Chartered will pay 102 million British Pound (US$133.25 million) to the Financial Conduct Authority, which had raised concerns about anti-money-laundering controls at Standard Chartered’s UK-based correspondent bank and its branches in the UAE.

The FCA said it found “serious and sustained shortcomings” in the bank’s customer due diligence and that Standard Chartered failed to ensure its UAE branches applied proper counter-terrorist financing controls.

According to the regulator, a customer was able to open an account by handing over around 3m UAE dirham (US$816,766) in cash in a suitcase, with little evidence that the source of the cash was investigated.

Standard Chartered also failed to collect sufficient information on a customer exporting goods that could have a military application to regions involved in armed conflict, the FCA added.