Navigating the Finalized Global Tax Action Plan: What Finance Must Do 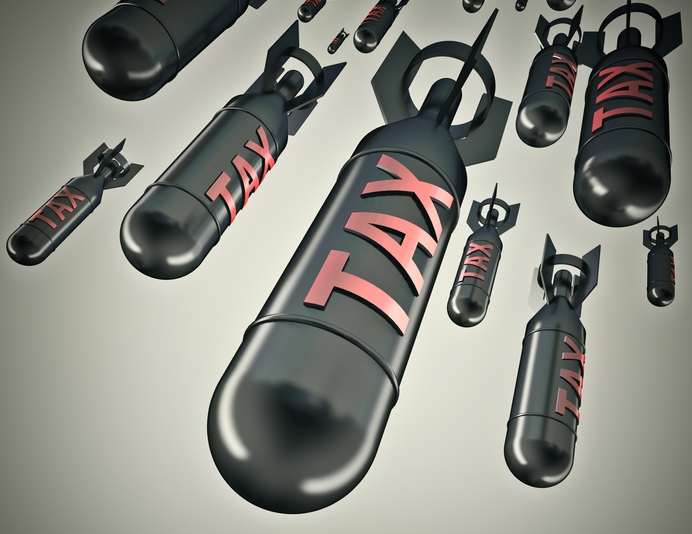 If applied consistently, the Organisation for Economic Co-operation and Development’s (OECD’s) Base Erosion and Profit Shifting (BEPS) Action Plan finalised in 2015 would give multinational businesses clarity as to how much tax should be paid in the countries in which they operate.

But with the timing and the level of implementation set to vary from country to country, the recommendations set out by the OECD could actually create even more uncertainty in the short term. With increasing compliance obligations and risks expected as a result of the Action Plan, tax is set to become more integral to the decision making process of many businesses.

So how can your organisation steer through the upheaval ahead?

Uncertainty can be bad for business, with tax possibly being one of the most uncertain areas faced. This isn’t just about the amount of tax you pay and its impact on profit. As a business you also need clarity over your tax position to help decide longer term investments and the development of growth strategies.

In recent years, however, change, and the increasing pace of it, has been the only constant. Tax policies in different countries are diverging and we see increasing conflicts. The ever more emotive and politicised focus on tax in the media and its sensitivities has also heightened reputational risks by putting the onus on businesses to show their tax paid is not only compliant, but also a ‘fair’ contribution to society.

Most large corporations are equipped to deal with the upheaval. It’s the small and mid-sized multinationals, the bulk of which have straightforward tax affairs, that are facing an uphill battle.

Their concerns stem from the need to devote more resource to managing their tax position which may prove costly and time-consuming. The compliance hurdles are higher and the constantly moving goalposts are hindering forward momentum and growth.

The OECD has estimated that the annual BEPS ‘gap’ is anywhere from 4-10% of global corporate income tax revenues, equating to between USD$100 and $240 billion.

Therefore, many businesses should expect to pay more taxes once the OECD’s recommendations take effect.

The key changes recommended by the OECD are wide-ranging and go to the heart of businesses’ commercial structures. They include:

On top of these changes, multinational groups will be required to report details about the profitability and geographic spread of their business and employees along with transfer pricing policies to tax authorities on a regular basis (under Country by Country (CbC) reporting), which can then be shared with tax administrations in other jurisdictions.

The OECD’s BEPS Action Plan was backed by the G20, which means that aspects of it will also be applied in non-OECD economies, such as China and India. The OECD also has a large number of non-member ‘partner’ countries that are interested in adopting some of the proposals. For example, some of the BEPS changes around double tax treaty abuse require countries to sign up to a multi-lateral instrument expected to be ready later this year.

Country-by-country reporting will be the first initiative to take effect. You should focus on the availability of exclusions for CbC reporting and identifying the reporting entity and other entitities to be included in the report

Over ninety countries have already said they will participate in the instrument. However, it’s still largely up to national governments to decide which of the BEPS recommendations they choose to take on board and how.

They could conceivably ignore them altogether, although as the Action Plan is backed by the G20 and OECD, there would be pressure on significant outliers. Others could go the other way by using the Action Plan as a basis to put in place even more stringent tax changes, either because they are under pressure to respond to political concerns or they see an opportunity to boost tax revenues.

Moreover, while minimum standards are set in some areas like CbC reporting, many of the other actions are simply recommendations, heightening the potential for diverse interpretation and implementation. The US, for example, has agreed to bring in CbC reporting, but other recommendations may need to be built into a wider reform of US tax policy – typically a very slow and complex constitutional process.

It also remains to be seen how recommendations align with the EU-US Transatlantic Trade and Investment Partnership (TTIP), currently under negotiation.

What we’re already beginning to see is the emergence of regional tax blocs, within which there is a high degree of harmonisation in how recommendations are likely to be applied. Others could follow, though some countries within these blocs will still want to offer more favourable tax arrangements than others.

The European Commission (EC) has stepped up its own separate anti-tax avoidance initiative in recent months, including the publication of tax transparency proposals. The EC has also recently unveiled plans for specific EU-wide anti-avoidance measures, which are mainly intended to assist the implementation of the OECD’s proposals in the EU in a coherent way.

What are the first priorities?

CbC reporting will be the first of the BEPS initiatives to take effect. As a priority, you should focus on:

More to keep tabs on

While there is much you can do to respond to the BEPS actions, there are some areas where you may feel less in control. As a result, changes are not only likely to increase a group’s worldwide tax bill, it may also shift the overall tax take away from some countries into others.

This could mean potential for double taxation of the same profits that will need to be managed if different tax authorities vie over taxing rights.

If such a large and relatively well-resourced organisation like the US Internal Revenue Service is vulnerable to cyber hacking, the potential weaknesses within the many smaller tax authorities is a concern

There will also be an increased risk of penalties and damage to a taxpayer’s reputation if new compliance obligations are not identified and met on a timely basis.

Some taxpayers are concerned that tax authorities could use the information from the CbC reports as the basis for aggressive ‘fishing expeditions’, which could result in tax audits and disputes if adjustments are sought. The risks are heightened by the fact that some tax authorities are either targeting BEPS as an opportunity to raise revenues on the one side or more worryingly don’t have the expertise to apply the tax regulations they introduce effectively.

While BEPS includes suggested measures for improved tax dispute resolution, these are not compulsory. Hence, there is a risk some tax authorities may not apply them as stringently as others.

Further concerns centre on the risk that CbC reports could be leaked or hacked into. The tax-related cyber threat facing businesses was highlighted by the attacks on the US Internal Revenue Service (IRS) in 2015, which were reported to have compromised around 100,000 returns (New York Times, 26 May 2015).

If such a large and relatively well-resourced organisation is vulnerable, the potential weaknesses within the many smaller tax authorities around which the CbC reports will be distributed is a concern.

On the front foot

Governments and policy setters must understand businesses’ need for certainty and clarity. They should seek to avoid what could be a disproportionate impact on businesses that haven’t used any of the loopholes that were intended to be eliminated.

Your board must understand the implications for the business, including where you locate key functions and how your organisation is structured, funded and governed.

A clear picture of the new international tax landscape won’t emerge for some time. But by having a consistent and transparent approach to the attribution of profits across their business you can begin to make the necessary assessments and plans. International structures must have commercial substance and your business and tax policy should be thoroughly documented.

Grant Thornton is a global business adviser that helps organizations unlock their potential for growth. This article was first published in Grant Thornton Insights; Navigating BEPS: implications and actions for your business.

Read more on
BEPS (Base Erosion and Profit Shifting)