Lessons for Accountants: Alibaba and the Securities and Exchange Commission 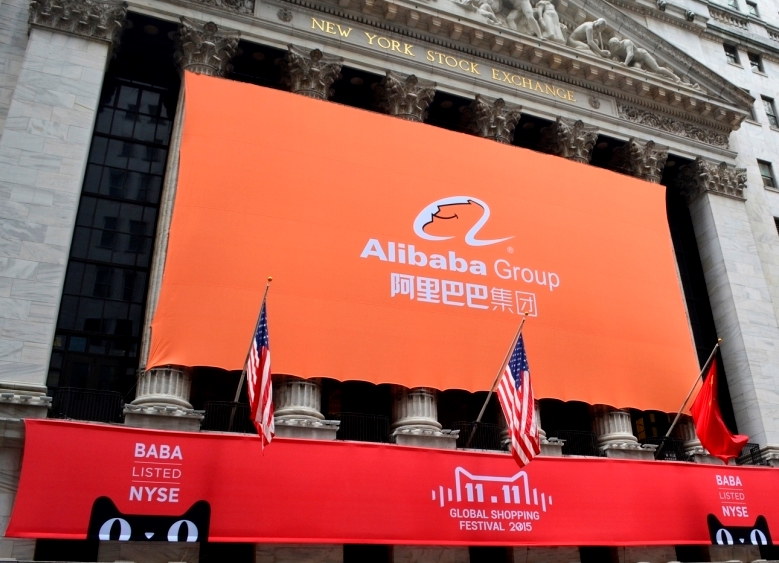 In May, Alibaba (NYSE: BABA) filed its annual report on Form 20F with the US Securities and Exchange Commission. Included in the report was a disclosure of an SEC investigation into BABA’s accounting.

BABA was down over 7% on May 25 – on a day when the market was up triple digits. This is the disclosure that appears to have hammered the stock:

Earlier this year, the U.S. Securities and Exchange Commission, or SEC, informed us that it was initiating an investigation into whether there have been any violations of the federal securities laws.

The SEC has requested that we voluntarily provide it with documents and information relating to, among other things: our consolidation policies and practices (including our accounting for Cainiao Network as an equity method investee), our policies and practices applicable to related party transactions in general, and our reporting of operating data from Singles Day.

We are voluntarily disclosing this SEC request for information and cooperating with the SEC and, through our legal counsel, have been providing the SEC with requested documents and information. The SEC advised us that the initiation of a request for information should not be construed as an indication by the SEC or its staff that any violation of the federal securities laws has occurred.

This matter is ongoing, and, as with any regulatory proceeding, we cannot predict when it will be concluded.

I think this is a more serious matter than a routine Division of Corporate Finance inquiry . . . The process is likely being directed by the SEC’s Division of Enforcement

Not a routine question

The SEC routinely asks questions about company filings and accounting practices with what are called Comment Letters. These questions are asked by the Division of Corporate Finance of the SEC. Most every public company gets these inquiries every few years, and they are generally resolved without serious implications.

The Division of Enforcement is charged with the responsibility to investigate possible violations of federal securities laws, which may lead to civil action by the SEC or a referral to Justice for criminal prosecution.

I think this is a more serious matter than a routine Division of Corporate Finance inquiry. The Form 20F has a section where the company reports any unresolved staff comments. BABA says there are none of these. That, together with BABA’s use of the term ‘investigation’, tells me that the process is likely being directed by the SEC’s Division of Enforcement.

BABA correctly points out in its filing that the process should not be construed as an indication of a violation of securities laws. BABA also reported that a prior SEC investigation into whether BABA had violated securities laws related to its disclosures of communications with SAIC (State Administration for Industry and Commerce) was concluded without a recommendation to prosecute.

There are three issues disclosed by BABA. The first relates to consolidation policies and practices (including accounting for Cainiao Network as an equity method investee).

Consolidation issues might relate to BABA’s use of the variable interest entity (VIE) structure, although I expect those issues were thoroughly scrubbed in the IPO process.

Cainiao is more interesting. BABA owns 47% of Cainiao and accounts for it using the equity method. That means that Alibaba does not consolidate Cainiao (which means it does not pick up all of Cainiao’s revenue and expenses) and instead reports 47% of the loss.

Cainiao Network is a joint venture that BABA formed in May 2013 with other shareholders who are engaged in logistics, retail, and real estate, including four major express courier companies in China. Cainiao Network does not deliver packages itself. During the twelve months ended March 31, 2016, Cainiao Network and its logistics partners enabled the delivery of 12.2 billion packages.

BABA says its financial statements reflect RMB 2.37 billion of expenses paid to Cainiao and income of RMB 86 million for shared services provided to Cainiao by the Alibaba Group. In addition, BABA reports 47% of Cainiao’s operating loss of RMB 295 million.

I expect the SEC is focusing on whether BABA should consolidate Cainiao.

Consolidation would require BABA to back out the expenses paid to Cainiao and the reimbursement for shared services, and instead report 100% of Cainaio’s operations in its financial statements. That would reduce BABA’s income (by approximately 53% of the RMB 295 million loss), and potentially require expanded disclosures of Cainaio’s operations.

BABA has used the VIE rules to consolidate operations like Taobao, which it does not own but controls through contracts. I suspect the SEC may be trying to determine whether the arrangements for Cainiao should also be treated as a VIE arrangement that requires consolidation.

Use of non-GAAP measure

The second issue is related party transactions. BABA certainly has plenty of them and they have been a major concern for shareholders, especially since Alipay was taken out of the BABA structure. It is hard to say what the SEC is focused on here.

The third issue relates to the reporting of operating data from singles day (November 11, the biggest online commerce day of the year in China).

BABA reports some amazing numbers for singles day. The top line number reported is gross merchandise value (GMV). GMV is not a GAAP term, and it has been observed that e-commerce companies define the term differently.

Reporting of non-GAAP measures is commonplace, yet on March 16, 2016, SEC Chairman Mary Jo White said that the SEC will focus on this area.

The problem is that GMV is not the same as revenue.

BABA is not selling products, it is selling online marketing services and reports its service income and commissions on its financial statements. Many investors do not feel that GAAP revenue properly reflects the size of the business, and instead prefer the non-GAAP measure of gross merchandise value, which reflects the total sales going through the platform.

I don't see the issues discussed here to be a huge problem for BABA . . . . However, without more details, there could be surprises

One problem with GMV has been that some merchants have been alleged to process fake transactions in order to improve their rankings.

Part of the problem with non-GAAP measures like GMV is that there are no accounting standards to require consistency between companies and that auditors do not audit these numbers.

I think the solution is for the SEC (perhaps together with the Financial Accounting Standards Board) to develop more clear standards for what non-GAAP measures are acceptable and for the Public Company Accounting Oversight Board to require auditors to examine reported non-GAAP measures.

Not a huge problem

BABA says it cannot say how long the SEC investigation will take to be resolved. Such matters often drag on for a considerable period of time. I don’t see the issues discussed here to be a huge problem for BABA, even if resolved against BABA.

However, without more details, there could be surprises.

Dr. Paul Gillis is a CPA and Professor of Practice at Peking University’s Guanghua School of Management. This opinion piece first appeared on China Accounting Blog, and was re-edited for clarity and conciseness.