Know the Major Changes in Visa Regulations Across the Asia Pacific 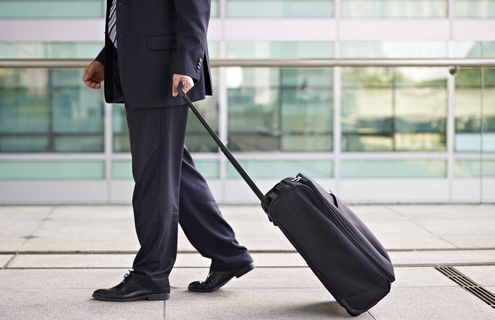 With business travel in the Asia-Pacific up 7% over last year and now outstripping the rest of the world, changes to the region’s numerous visa systems are invariably acutely felt. In this article, we highlight some of the more important schemes that have recently been introduced.

In Singapore, companies that employ more than 25 people and pay a base salary below $S12, 000 per month must advertise vacancies to Singaporeans for a minimum of two weeks before a foreigner is employed

Last month, Singapore implemented a new visa system that may have lasting repercussions for foreigners seeking employment in the Asian Tiger. In an effort to stem the ever-increasing flow of expats working in Singapore, the new regulations are designed to complicate the employment of foreigners and encourage the employment of native Singaporeans, or the “Singapore Core”.

The new scheme is called the Fair Consideration Framework. With the exception of intra-corporate transfers, it stipulates that companies that employ more than 25 people and pay a base salary below $S12, 000 per month must advertise vacancies to Singaporeans for a minimum of two weeks before a foreigner is employed.

If a foreigner is ultimately hired, the company in question must then provide evidence that they took appropriate measures to advertise the position within Singapore. The scheme will also see a greater level of scrutiny placed on firms that already employ predominantly outside of Singapore, and will engage with them to alter their recruitment policies to better suit the new regulations.

At present, foreigners make up approximately 30% of Singapore’s 5.4 million population. However, the paper predicted that, by 2030, the population would rise to between 6.5 and 6.9 million, with immigrants making up 50%.

The full effects of the new regulations have yet to be seen, but the scheme is perhaps an attempt by the government to backtrack on statements made in 2013’s white paper, which were met with heavy criticism within Singapore.

Malaysia recently announced its intention to grant five-year multiple entry visas to foreign investors and business managers. Although all foreign investors will be eligible, Malaysian Prime Minister Najib Razak emphasized that the scheme will be particularly beneficial to Malaysia’s flourishing relationship with Australia.

Speaking to the press after his Australian counterpart Tony Abbot’s one-day visit on 7 September, Najib said freer movement of skilled Australian professionals will be crucial to the continued success of the two nations’ business relationship.

The scheme and Najib’s remarks confirm the already healthy and prosperous relationship that exists between Malaysia and Australia. In 2013, Australia invested RM28.9 billion (US$9.04 billion) in Malaysia, while Malaysia’s investment in Australia was almost double that at RM50.9 billion (US$15.9 billion).

Malaysia’s top politician went on to confirm that the new system will come into effect from December this year, and it has already been warmly welcomed from quarters both within and without the ASEAN member state.

The Thai government has made an array of changes to its visa application system, affecting both work and tourist Visas.

The most radical change has come for those seeking to run an online business in the country. Previously, anyone wishing to work in Thailand would have to obtain a B Visa, which requires a work permit from a Thai employer.

Unable to obtain such a permit, expats who were managing a website from within Thailand were often forced to do so through a tourist visa, which often led to eviction from the country. However, recent changes to the system mean that expats running an online business, or “digital nomads”, no longer require a B Visa and are now able to legitimately do so through simply having a tourist visa.

The Thai government has also implemented changes aimed at boosting tourism. Traditionally one of the most popular tourist destinations in Southeast Asia, Thailand has recently experienced an industry lull, largely due to the political turmoil that has ravaged the country this year.

Chinese tourists, who make up Thailand’s most frequent visitors, will now be granted free visas until November 8. Tourists from around the world, meanwhile, are now able to extend their stay in Thailand for an extra 30 days by paying a small fee to an immigration checkpoint.

Last month, Japan announced its intention to issue free tourist visas to Indonesian nationals. Expected to be implemented next year, the deal is a further endorsement of the strong bilateral relations that exist between Asia’s second and fifth largest economies.

The two have long had an economic partnership deal in place. In recent years, Japan has been one of Indonesia’s most prolific investors. Indonesia is also expected to offer Japanese nationals a similar visa arrangement in due course.

The changes in Asia’s various visa regulations are noticeably diverse, reflecting the nation in question’s current political and economic climate.

For Singapore, the impetus is ostensibly placed upon placating public concern over government reliance on immigration for maintaining its economic competitive edge. For Malaysia, there is a need to ensure that foreign direct investment into the country does not slow in the wake of the MH17 and MH370 disasters.

Thailand has to safeguard against a further drop in tourism, one of its key economic sectors. Japan, meanwhile, is thought to be motivated by a wish to attract more Southeast Asian tourists in the build-up to the 2020 Tokyo Olympic Games, as well as strengthening regional ties in the face of perceived aggression from China.

For the Asia-Pacific as a whole, the new schemes are further affirmation that visa regulations and freedom of movement within the region are inconsistent and ever-changing, and therefore need to be regularly checked.

Dezan Shira & Associates, a specialist foreign direct investment practice that provides advisory services to multinationals investing in emerging Asia. This article was first published in Asia Briefing and was reedited for clarity and conciseness. For further details or to contact the firm, please visit www.dezshira.com.