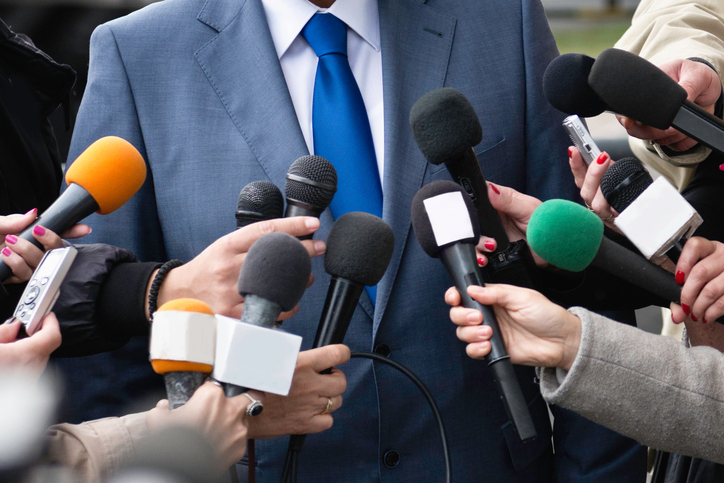 It’s that time of the year again. By now, CFOs would be scheduling a meeting with their external auditors to discuss the scope of the audit for 2016. The discussions tended to be routine in the past, but this time around, there’s a difference.

For the first time in Hong Kong, Malaysia, Philippines, Singapore and Thailand, auditors will be required to communicate Key Audit Matters (KAMs) in their report. They are required to include material matters that arose in the course of the audit and how these were resolved – things that they used to tell the audit committee only within the four walls of the boardroom.

“When a clean opinion is given, all these matters would have been resolved during the audit,” says Gajendran Vyapuri, Assurance Partner at EY in Singapore. Except that beginning with the 2016 report, they will now be out in the open for shareholders to peruse – and potentially energize activist investors, muck-raking short sellers and the media.

In the UK, where Key Audit Matters has been adopted for the last three years, the audit report has evolved from a textual narrative to colorful story-telling. The Financial Reporting Council has said that many companies now use the report as a new way to engage positively with shareholders. For CFOs, that makes the selection of and engagement with the auditor all the more important.

The audit partner must make the judgement call as to what should and what should not be reported. But enough information must be provided to allow the reader to understand the issue and how it was resolved

Up until now, the auditor’s report has always been boilerplate, containing generic statements that assure that the auditing standards of the country have been adhered to, and that the audited financial statements show a true and fair view of the company’s operations.

If, during the audit, questions arose about the valuation of a contract won by the company, for example, the issue would be discussed internally with the CFO and the finance team and resolved to the auditor’s satisfaction. The matter may then be discussed privately with the audit committee.

Under the new rule (promulgated in Singapore as SSA 701: Communicating Key Audit Matters in the Independent Auditor’s Report), the auditor has to go one step further. The valuation issue, as an example, must be reported as a Key Audit Matter, but without revealing confidential information, such as details of the commercial contract.

The audit partner, whose name must now be disclosed, must make the judgement call as to what should and what should not be reported. But enough information must be provided to allow the reader to understand the issue and how it was resolved.

The report issued by KPMG on Singapore Airlines is instructive. The cover letter, which typically ran two pages at most in the past, has been expanded to nine pages. The name of the engagement partner, Tham Sai Choi, is disclosed in the final page.

KPMG reported six material matters regarding it audit of Singapore Airlines’ financial statements as at 31 March 2016:

The narrative is not quite colorful story-telling – it is purely textual – but it is clearly written and presented in a logical format (see screenshot below). 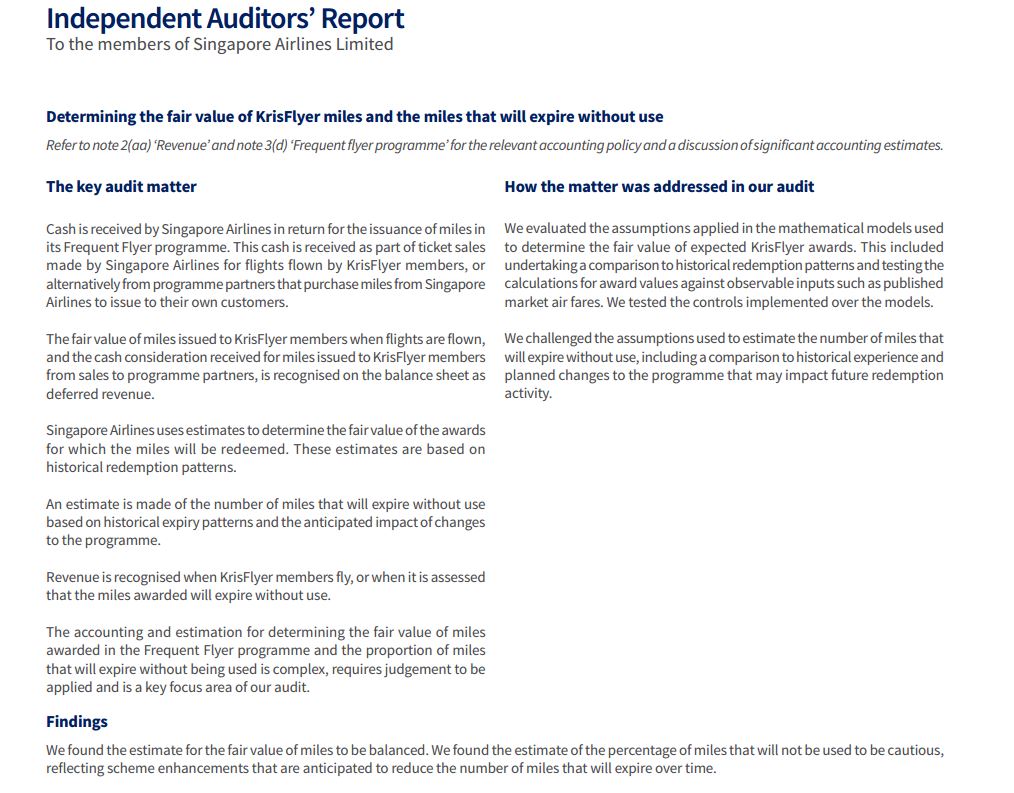 First, the headline, in bold type, runs across the page, with a notation (in italics) below it identifying the accounting notes where more details can be found.

Second, “The key audit matter” is summarized in the left column, and “How the matter was addressed in our audit” is discussed in the right column. Arranging these two sections side-by-side helps the reader link the issue with how it was resolved.

Finally, the “Findings” runs across the bottom of the page and summarizes the conclusion (“We found the estimate of the fair value of miles to be balanced;” “Regarding the accuracy of passenger revenue, no significant exceptions were noted in our testing of the IT and manual controls”).

Having dealt with material matters that have an impact on the books on a day-to-day basis, the CFO and finance team should be upfront with the auditor on potential Key Audit Matters

What the CFO should do

As always, the Independent Auditor’s Report is the prerogative of the auditor. What and how it is written and the analyses and conclusions reached are decided by the auditor, not the CFO and the client company.

However, the audit is a partnership. Honest discussions between auditor and client, including the CFO and audit committee, will go a long way towards producing a report that is useful to everyone concerned. Some suggestions on what the CFO can do:

Take the time to sit down with the auditor for a thorough meeting. Having dealt with material matters that have an impact on the books on a day-to-day basis, the CFO and finance team should be upfront with the auditor on the potential Key Audit Matters that may be highlighted in the auditor’s report.

This is not the company dictating to the auditor what should be included. Rather, it is a part of an existing process where the CFO and finance team sits down with the auditor before the start of the engagement to discuss the scope of the audit.

Part of conversation now should be the potential Key Audit Matters that may feature in the auditor’s report, with the understanding that the auditor has the independence and prerogative to include KAMs that may not have been initially discussed at this first meeting.

Reorganize staff assignments to support the audit’s expanded remit. Some adjustments may be made to allow the finance team to respond to new requests by the auditor for additional documentation. Under the new rule, the auditor must have documentation to support the decision to highlight certain KAMs and not others, or not to present any KAM at all (which is allowed, so long as the auditor can make a case for it).

Be aware of potential inconsistencies in presented information. Another rule, SSA 720: The Auditor’s Responsibilities Relating to Other Information, requires the auditor to expressly comment when there are material inconsistencies between the audited financial statement and any other information in the annual report, such as the management report, chairman’s report, analyses and five-year trend.

If the sustainability report is included in the annual report, the auditor also has to comment on whether there is any material inconsistency with that report. Since it is the company, not the auditor, that prepares the annual report, the CFO must now be extra careful about what is discussed and how the data, analyses and conclusions are presented.

When needed, make the case to the auditor about excluding sensitive information from the report. The CFO should help the auditor understand why certain information should not be communicated in the report, such as matters that would prejudice an investigation of a suspected illegal act, or a non-disclosure clause in a legal contract.

Even so, the auditor has the prerogative to make the decision. As the Institute of Singapore Charted Accountants notes in a briefing paper: “Management may draw attention to certain aspects in law or regulation or other authoritative sources that may be relevant to the consideration of adverse consequences (e.g., such aspects may include harm to the entity’s commercial negotiations or competitive position).”

Anticipate questions and challenges when the KAMs are presented to the public. Even before the release of the Independent Auditor’s Report, the CFO typically will have an idea of the Key Audit Matters that would be highlighted. In the oil and gas industry, for example, there are often two KAMs: the estimation of oil in the ground, and the valuation of assets.

Investors and other parties may question why the company has many more KAMs than others. Does it mean there are more problem areas in governance? The CFO should anticipate such questions and point out that the number of KAMs is dependent on the type of industry and economic climate, as well as risks faced such as overdue debt, impairments, internal controls, corporate governance and so on.

Comparing the number of KAMs between companies in the same industry and country could be an issue, but again, it must be reiterated that all these KAMs have been resolved if a clean audit report is given.

May May Ho is a Singapore-based Contributing Reporter at CFO Innovation.