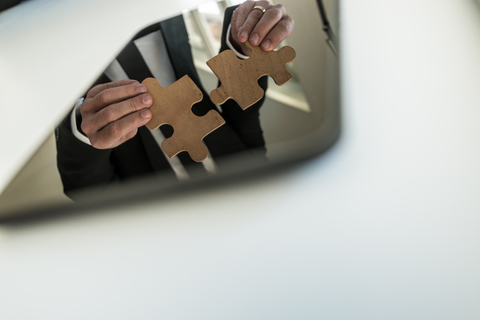 An increasing number of organizations across Asia are implementing integrated reporting (IR) as they realize corporate reporting that focuses solely on financial numbers fails to paint the full picture of their organizations’ value to investors and stakeholders.

“What is corporate governance there for? It’s the accountability of business to society but also investors. If investors and society are not getting from companies the rich value that’s being created then there’s an accountability gap,” said Jonathan Labrey, chief strategy officer of the International Integrated Reporting Council (IIRC) at an integrated reporting conference in Malaysia in April.

“We have to be much more aware of the social and intellectual capital on how economies are shaped and how value is created,” Labrey said.

The IIRC’s integrated reporting framework includes six capitals or resources that, according to the IIRC, create value for an organization and its stakeholders. They are financial capital, manufactured capital, intellectual capital, human capital, natural capital, and social and relationship capital.

Globally, IR adopters are spread across 64 countries, IIRC’s latest annual report showed. In two particular countries, IR has received wide adoption as a form of multi-capital reporting: South Africa, where listed companies are required to prepare integrated reports, and Japan, where IR received endorsement from the government in addition to initiative from companies.

In the face of declining birth rates and an ageing population, there is an increased awareness that aside from financial capital, human capital (employees) is key to the long-term sustainability of Japanese companies. Japan’s Ministry of Economy, Trade and Industry published a report in 2015 recommending the use of integrated reports as a means to better communicate Japanese companies’ value. As of 2017, 341 listed companies in Japan are publishing integrated reports, according to KPMG. In China, IR has received the backing of the Ministry of Finance, but the number of companies adopting IR remains small.

In South-East Asia, IR adoption is picking up in Malaysia, where more than 60 companies have started publishing integrated reports, Labrey said. That’s about double the number from two years ago. Labrey estimates the number to rise to more than 100 companies in the coming year.

“In Malaysia, it’s definitely at a tipping point. All the different pieces of the jigsaw are in place,” he said, citing endorsements from Malaysia’s regulators, corporate governance code, and support from investors such as the local retirement fund.

This year, the IIRC is focusing on promoting the adoption of integrated reporting to organizations in Asia, specifically the South-East Asia region and China. In the West, its efforts will concentrate on the US and Germany, Labrey said.

Who should lead IR implementation?

As organizations consider adopting IR, an often-asked question is: Who should lead it?

It’s not difficult to see why that’s the case. Integrated reporting is not mandated by most regulators. Companies embarking on it don’t see IR adoption from a compliance lens but from a strategic lens — as a way they can tell a better story about their business model and the value they create for investors. Should the CEO lead it? Or finance? Or perhaps someone else in the organization?

Corporate reporting necessitates the involvement of multiple departments from finance to investor relations, but Labrey said that the CFO, as a trusted partner of the CEO, should take ownership of integrated reporting as part of an organization’s strategy.

“You don’t run your business with just one lens, but through your strategy and your business model,” he said, adding that integrated reporting is in line with management accounting principles in driving the strategy for the organization. “The CFO’s role in the modern world is to do that … they need a dashboard like integrated reporting to run the business. So IR for them is just normal good business practice.”

But Labrey has seen variations of who drives IR in an organization. In Japan, he said, it was very much bottom-up and introduced by sustainability teams. Their impetus came when they realized that although the sustainability and corporate social responsibility reports they were producing were valuable to the business, the CEO and CFO at the top were not paying attention. So they pushed for top management to include the reporting of non-financials as part of the company’s strategy.

That said, the fastest impact has been where there is buy-in from the top management. Labrey gives the example of the Maritime and Port Authority of Singapore, where the mandate for integrated reporting came from the CEO and trickled down to the CFO, who took charge of its implementation.

“A new generation of financial and business leaders knows that action is needed to bring cohesion to the corporate reporting landscape. Because we know what gets measured gets managed.”

Larry Fink, chief executive of BlackRock, the world’s largest asset management firm, summed up what some investors and stakeholders want from corporates when he wrote in an open letter last year: “Today, our clients — who are your company’s owners — are asking you to demonstrate the leadership and clarity that will drive not only their own investment returns, but also the prosperity and security of their fellow citizens.”

Editor’s note: The American Institute of CPAs and CIMA are council members of the IIRC. Council members contribute various resources, including financial funding, to the IIRC’s activities in promoting the adoption of integrated reporting globally.

Alexis See Tho is an FM magazine associate editor based in Malaysia.