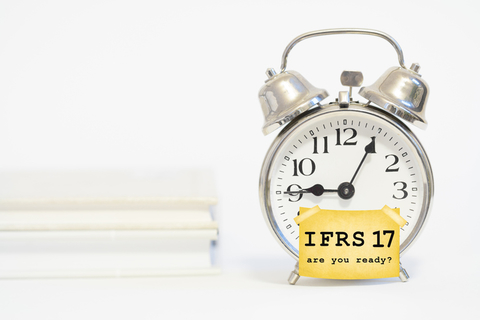 Insurers need more time—now the International Accounting Standards Board (IASB) decides to propose to delay the implementation of IFRS 17 by only one year to Jan 2022 instead of the 2023 deadline that insurers want.

IFRS 17—a new international accounting standard for insurance contracts—was introduced by the IASB in May 2017 to replace the existing IFRS 4 standard from January 2021 in all countries besides the US.

IFRS 17 is aimed to increase transparency around the profitability of insurance business by the followings:

A the same time, IASB also proposes extending to 2022 the temporary exemption for insurers to apply the financial instruments Standard, IFRS 9, so that both IFRS 9 and IFRS 17 can be applied at the same time.

The proposed deferral is subject to public consultation, which is expected next year, said the board, adding that it expects to discuss the merits of potential amendments to the standard during its December meeting.

“Additional time will allow insurers and those working with insurers the time needed to ensure they have the technology required to effectively implement the standard available and in place,” said Philippa Kelly, head of Financial Services at ICAEW said.

Alex Bertolotti, IFRS 17 leader at PwC said that some insurers have been lobbying for this for some time and others have been requesting clarification due to the costs of moving ahead.

“The additional time will help alleviate some risk from existing plans, however many companies still have a lot to do and can't afford to press pause,” he pointed out.

According to the KPMG’s latest report titled In it to win it based on a survey of 160 executives of insurance firms of which 36% are headquartered in Asia Pacific,  67% of large insurers—with premiums over US$10 billion—are in the design or implementation phase for IFRS 17, with almost as many, 64%, in a similar place with respect to IFRS 9.

By comparison, only 10% and 25% of smaller insurers—with premiums under US$1 billion—have started design or implementation for IFRS 17 and IFRS 9 respectively.

However, even with the progress many insurers have made, major hurdles remain in making IFRS 17 and IFRS 9 operational, KPMG pointed out.

While 90% of insurers said they foresee difficulties in securing sufficient skilled people to do the job, half are worried about securing the necessary budget, according to the report.

New operational challenges will come into focus as preparations advance, according to KPMG.

While insurers in Asia (45%) are very confident about complying with IFRS 17 by the effective date of January 1, 2021, they also report a much higher difficulty in their IFRS 17 implementation, said Deloitte earlier this year.

Educating and training staff, and preparing investor relations and financial communications for shareholders and markets—each at 44%—are also challenges facing them, according to the survey results.