How to Manage Audit Fee Increases – And Even Reduce Them 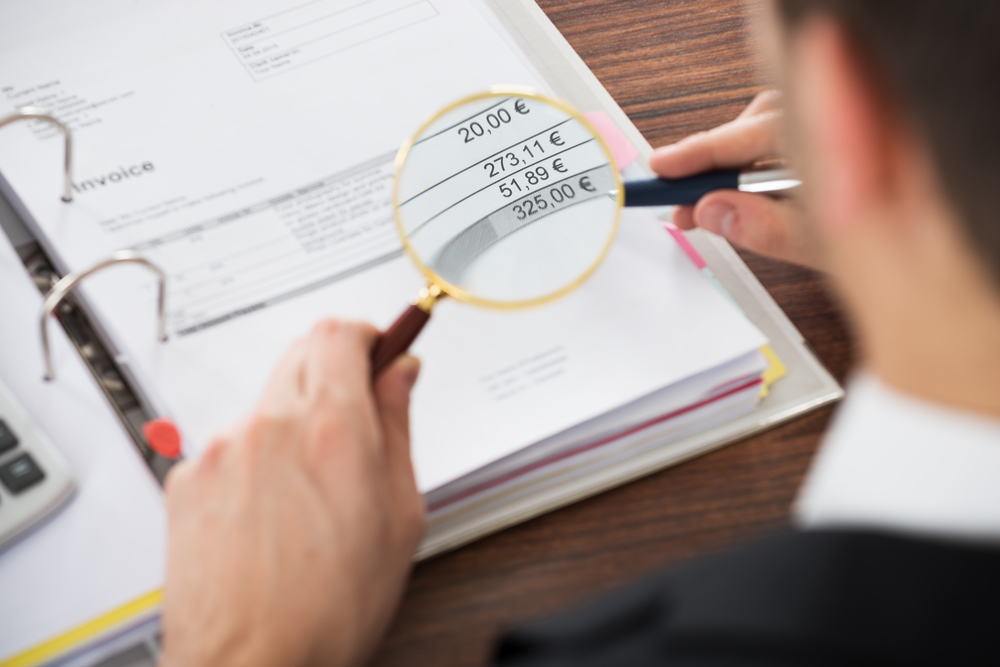 At the other end of the scale, Singapore Airlines paid S$1.7 million (US$1.2 million at the current exchange rate) in fiscal year 2014-15. That’s the equivalent of US$105 per million dollars in revenue – massively low compared with the US average of US$550.

“Regardless of regulatory requirements, business structure changes, inflation in the current business environment, or other factors that can drive up audit fees, many companies are finding ways to work with their auditors to mitigate fee increases”

HSBC did face a special situation last year. It changed auditors from KPMG to PwC, and so had to pay two firms for the statutory audit of its consolidated financial statements and separate financial statements. In 2014, when KPMG was the sole auditor, HSBC paid US$40.6 million in audit fees, or US$663 per million dollars in revenue – 20% higher than the US average.

To be sure, a global bank with around 6,000 offices in 71 economies is a very different organization from a national airline that flies to more than 60 cities in over 30 countries – or from each of the accelerated filers (companies with at least US$75 million but less than US$700 million in public float) in the Audit Analytics study.

Still, in the current volatile business environment where every dollar counts, the amount and rate of increase of audit fees should be looked at, benchmarked, and reviewed for ways to mitigate increases or even reduce the amount paid.

Indeed, according to the US-based Financial Executives Research Foundation (FERF), “regardless of regulatory requirements, business structure changes, inflation in the current business environment, or other factors that can drive up audit fees, many companies are finding ways to work with their auditors to mitigate fee increases.”

In FERF’s 2015 Audit Fee Report, more than 40% of the 7,071 companies that filed reports with the US Securities and Exchange Commission as of September 2015 saw no increases or even managed reductions in audit fees compared with prior years. “Of those filers, 15 percent were able to keep their fees down or flat for two consecutive years, and 4 percent for three years,” reports FERF.

The foundation’s researchers then conducted in-depth interviews with some companies that were able to reduce audit fees for consecutive years and audit partners. “These interviews revealed similar themes and highlighted the importance of working with auditors to find more efficient and effective ways to complete the audit,” the researchers wrote in Mitigating Increases in Audit Fees.

The research suggests seven action steps for CFOs and the finance team to consider:

Even if it ain’t broke, try to see if there are still ways to make the process more efficient – and potentially cheaper. “For example,” says the report, “companies should continue to conduct timely meetings with the auditors to understand the audit scope, discuss the audit approach and procedures, including risk assessment and substantive testing procedures, as well as identify significant audit areas.”

Knowing the priority areas, the approach and testing procedures, finance staff can anticipate what information the auditors would require and make sure it is available. “Once we better understood what the auditors were doing and how they were gathering information, we worked with them to leverage our systems better to provide the information they need quickly,” the VP of Financial Accounting of a chemical company told the FERF researchers.

A company that relies heavily on management review controls at the back end of its processes will cause auditors to request increased documentation, leading to higher audit fees

One audit partner suggested that clients make sure they submit quality work in agreed upon timeframes to their auditors. That’s because the audit fee for an engagement with a company that has low quality documentation will always be higher than that of a counterpart with detailed documentation that supports the company’s accounting, financial reporting and internal control judgements.

Many companies have figured out that the better their internal controls are, the more they can save on audit fees, says the FERF report. If internal controls are “buttoned up,” as a partner at a leading audit firm put it, auditors will spend less time examining and testing those controls.

As an example of a strong internal control system, front-end controls ensure the initiation of the revenue process happens appropriately. Then there are various checks along the way until the revenue is recorded on the ledger. This means that “your back-end controls are simply validating that all the information is flowing through your systems correctly and being recorded to the general ledger,” said the partner.

In contrast, a company that relies heavily on management review controls at the back end of its processes will cause auditors to request increased documentation, because there are no other controls overseeing the transaction and process levels.

“We have to document the types of notes and the support they should have in their environment to prove that things are happening appropriately,” said the partner. “As you can imagine, that’s a whole lot of documentation effort that the auditor has to do in order to support that that control is operating effectively.”

If auditors have to test at multiple locations, their fees would necessarily be higher than if they do their work at one location. “A new trend that has emerged is centralization of the audit footprint,” says the FERF report. “Whether it is through automation or strategic vision, this has helped companies decrease their audit fees with internal structure change.”

One technology firm transformed the controls and compliance function to report to one centralized leader. Information has also been consolidated by region rather than by country or multiple business units. “As a result, their auditors were able to go directly to the regional centers and test rather than dispatching auditors to each country or business unit within a country,” note the FERF researchers.

Using only one enterprise resource planning (ERP) system can also drive audit efficiencies, along with simplifying and streamlining the company’s legal structure. “We see hundreds of legal entities scattered throughout the world, which can lead to greater statutory audit requirements,” said one audit partner.

Reducing audit fees is not typically a major driver of rationalizing ERP systems or legal structures. But it can be an additional reason that can add impetus to these initiatives.

Any type of automation is helpful to the audit process, an audit partner told the FERF researchers. “If you have a manual process, then the amount of work that we have to get comfortable with that process is much more than if the company actually scaled that and made the process automated,” he said.

One software CFO said that her software company hires former auditors in finance. The Corporate Controller, who used to work for a Big Four accounting firm, knows which areas auditors typically review, so he prioritizes them for improvement

“Where I also see automation driving efficiencies in the audit is with systems a client and auditor can use to communicate,” he added. “Systems that monitor deliverables, including when a deliverable is not met, are helpful.”

“Some [automated systems] include red flags that automatically occur. For these systems, the right people will get notices in the organization, prompting the right attention on the deliverables.”

Examples of automation that has led to lower audit fees include:

For its part, the auditing profession “is piloting certain audit tests that may mitigate future fee increases and provide greater insights,” notes the FERF report. Explained an audit partner the researchers interviewed: “Automation of audit testing can help auditors to identify and test those potentially more risky transactions by being able to analyze a much larger population of data and set of transactions.”

One CFO told FERF that her software company hires former auditors in finance. The Corporate Controller, who used to work for a Big Four accounting firm, knows which areas auditors typically review, so he prioritizes them for improvement.

“Because of his background, he was also able to streamline all financial reporting necessary to get the tax provision and footnotes,” said the CFO. “In addition, he has come up with schedules and worked with auditors to determine where the most significant areas of the tax provision are.”

“It is extremely helpful when the client has a deep understanding of accounting for the complex transactions, as well as auditing,” one audit partner affirmed. There is less scope for miscommunication, potentially faster audit – and lower audit fees.

Prepare for the engagement

From an auditor’s perspective, clients that are prepared for their audit are more likely to see a decrease in audit fees, says the report. “The better the client is prepared, the better we are prepared,” an auditor told the researchers. “To the extent that we are prepared together, there is a synergistic effect.”

Being well prepared means anticipating what the deliverables are and ensuring these are met in a timely manner. The requirements typically include documentation, staff interviews and walkthroughs of systems and processes.

When these are not delivered on time, the audit firm may be forced to shift the staff assigned to the audit, “and perhaps subject the company to a new audit team that is not familiar with the client’s organization,” explained an audit partner.

And don’t be afraid to push back. The preceding suggestions can potentially shorten the time the auditors spend on the audit, but you as the client may not see a lower fee if you don’t challenge reported totals of hours worked that you think are incorrect.

Is the audit firm you have engaged appropriate for the size and complexity of your company? An executive at a mid-sized company told the FERF researchers about replacing a big accounting firm even though it was doing a great job

One Director of Financial Reporting and Compliance told the FERF researchers about the company’s internal tracking of hours spent on particular areas. This gives finance hard data to assess the credibility of the auditor’s hours.

As an example, the auditors estimated they would need 1,000 hours on implementing the COSO Framework on internal controls. The company itself, however, spent only 400 hours on it, as tracked internally.

The auditors originally estimated that the implementation would be “a six-figure process,” the director told FERF. “But since we tracked the time we spent internally, we ended up well under half of that amount and were able to push back in other areas.”

She also has a policy of not accepting overruns from the auditors unless they are communicated before they occur.

One final point: Is the audit firm you have engaged appropriate for the size and complexity of your company? An executive at a mid-sized company told the FERF researchers about replacing a big accounting firm even though it was doing a great job.

“We decided to go with a middle-tier firm, which ultimately had lower rates,” he recounted. “However, there is still work that needs to be done, even at a mid-tier audit firm, to keep the fees lower.”