Hong Kong Scandal: The Curious Case of the Unrepentant Accountant 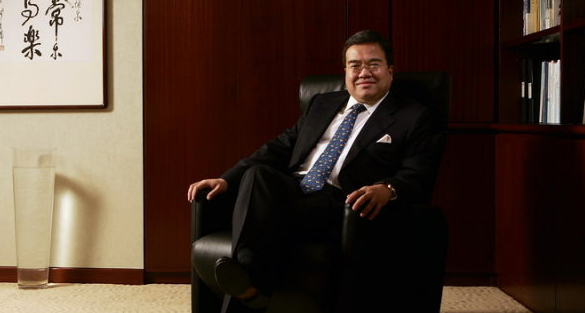 Anthony Wu Ting-yuk was defiant. On July 23, the Hong Kong Institute of Certified Public Accountants (HKICPA) barred him from practicing for two years and fined him HK$250,000 – equivalent to US$32,250 – for professional misconduct.

I will discuss an appeal with my lawyers, said the standing committee member of the CPPCC, China’s legislative advisory body, and head of the think tank Bauhinia Foundation, which is seen as close to Donald Tsang, Hong Kong’s former chief executive.

The politically connected Wu (pictured above), a CPA who once headed Ernst & Young’s China business, also blasted the 37,000-member HKICPA, which is the only body authorized by law to register and grant practicing certificates to CPAs in Hong Kong.

“The guidelines, measures and practices today are quite different from those 20 years ago,” Wu argued. “To use today’s standards to judge those in the early 1990s and to allow the case to drag on for more than 12 years without explanation are clearly unreasonable and inappropriate.”

Wu was sanctioned for being involved in the management of a company that Ernst & Young was auditing from 1995 to 1997. That client, New China Hong Kong Group, went into voluntary liquidation in 1999.

Ernst & Young was also sanctioned, along with Catherine Yen Kai Shun, who was lead auditor of New China and now a senior partner at EY. The Big Four accounting firm declined to comment when requested to do so by CFO Innovation.

Just why the self-regulating HKICPA took so long to act is something of a mystery, although there is no lack of speculation about the reasons. (CFO Innovation’s request for an interview is currently being processed.)

Still, once the HKICPA finally moved, it gave Wu as good as it got. In a statement to the South China Morning Post, the HKICPA’s Disciplinary Committee blamed Wu for being “the architect of his considerable fall from grace.”

His “staunch defense” of his actions “suggests to us that he has not even now gained sufficient and true introspection of the nature, extent and seriousness of the breaches that he had committed and how it would damage the reputation of the accountancy profession as a whole.”

“It is this lack of insight that has caused the committee some concern," said the committee, which is chaired by Senior Counsel Kumar Ramanathan, who is also chairman of the Hong Kong Bar Association.

Ernst & Young, Yen and Wu were also ordered to pay the HKICPA HK$2 million (US$258,000) to defray the cost of the disciplinary and investigation proceedings.

In its long-delayed judgment, the Disciplinary Committee found Ernst & Young “guilty of failing or neglecting to observe, maintain or otherwise apply a professional standard.” The accounting firm “failed to be, and be seen to be” free of any interest that might detract from its objectivity, said the committee.

Ernst & Young also failed “to have any or any adequate review machinery which would have alerted it to the risk of the appearance of its independence being impaired.”

That last statement appears to relate to the charge against Wu, who became a managing partner of EY’s China business in 1996, deputy chairman two years later, and chairman from 2000 to 2005.

The HKICPA faulted Wu for “participating in the management or otherwise having an involvement” with New China Hong Kong Group and its subsidiaries while he was a senior partner at EY.

It took two years to decide whether Wu, Yen and Ernst & Young had a case to answer. The investigation then took another two years to complete.

He was not actually the auditor on record (Yen was), but Wu was ruled a deemed auditor under the Companies Ordinance. As such, his acting for EY as financial adviser on New China’s Executive Committee is regarded as impairing audit independence.

According to the HKICPA, Wu was also an authorized signatory to some 13 New China bank accounts and had personal dealings involving considerable sums of money with the company's subsidiaries, which were also EY audit clients.

The committee did not rule on the culpability of any of the respondents in New China’s 1999 collapse, which left creditors with losses of some US$193 million.

The creditors had sued EY in 2004 and Wu in 2005 for alleged conflict of interest and failure to disclose “the imprudent, reckless or improper manner” in which the group conducted its business. But the court threw out the complaints in part because the statute of limitations had run out.

However, the case against EY and Wu at the HKICPA is not time-barred, although it may have looked like it was. It took two years for the body to decide whether EY, Wu and Yen had a case to answer after complaints were filed in 2009. The investigation then took another two years to complete.

A report on the findings was finally released last year – in the evening of Christmas eve, when everyone was on holiday. Wu, Yen and Ernst & Young were found guilty, but no sanctions were announced.

It took the Disciplinary Committee another seven months to decide what penalties to impose, as announced on July 23.

Why the delay? The HKICPA has not been exactly forthcoming, an approach that is cementing the perception that influential people like Wu can expect to be handled with kid gloves.

Wu was honored with the Gold Bauhinia Star, Hong Kong’s highest award for public service, in 2008. He served as chairman of the Hong Kong Hospital Authority from 2004 until 2013, when he was named to the standing committee of the Chinese People’s Political Consultative Conference

Ironically, the fact that the HKICPA took so long to hear his case may form the basis for Wu’s appeal. Under the Professional Accountants Ordinance, respondents have 30 days after receiving the HKICPA order in which to file a notice with the Court of Appeal.

While his two-year suspension technically does not matter for the 60-year-old Wu, who has not been practicing for years, the damage to his reputation may make him proceed with an appeal.

The Disciplinary Committee has arguably been trenchant in explaining the heavier penalties it meted out to him in comparison with Yen and Ernst & Young. "A reprimand does not and will not adequately reflect the very serious nature of the breaches he has committed," it said in the statement.

“An accident or a single instance breach of the independence principle may perhaps be viewed with some sympathy and indulgence,” the committee added. “However, where the breaches were persistent, flagrant and inexcusable, as we have found in the case of Wu, we believe that a serious view has to be taken of such conduct."

Some see the elevation of the case to the Court of Appeal as a good thing. The public and the accounting industry may finally gain clarity into exactly why it took the HKICPA such a long time to conclude the case. The court may also rule on Wu’s contention that it is unfair “to use today’s standards to judge those in the early 1990s.”

“The regulatory burden on Hong Kong accountants is light, since they convinced the government to let them regulate themselves through their professional body, the Hong Kong Institute of Certified Public Accountants,” argues Gillis.

In Singapore, the Accounting and Corporate Regulatory Authority exercises oversight of auditors, not the Institute of Singapore Chartered Accountants. Hong Kong did create a Financial Reporting Council, says Gillis, “but it has no disciplinary powers and can only refer auditing or reporting irregularities to the HKICPA.”

As the case of Anthony Wu suggests, there is no guarantee that the HKICPA will deal with alleged irregularities expeditiously. Going forward, it has to prove it has learned from the Wu case – or else agree to step aside and let some other body exercise oversight over the profession.