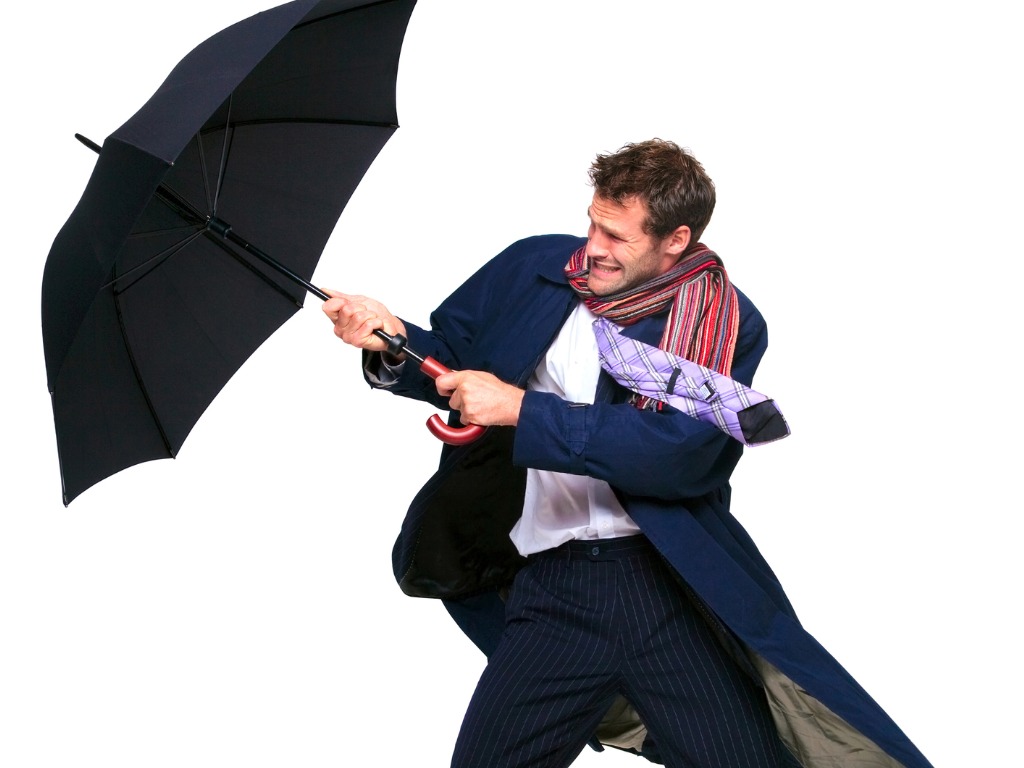 On March 2, an extraordinary general meeting of the Hong Kong Institute of Certified Public Accountants (HKICPA) will consider three, well, extraordinary motions. First, should the Institute refund 50% of all its cash – estimated at HK$390 million (US$49.9 million) – to its more than 42,000 members?

Second, should the president and vice president be elected directly by the membership instead of by the council members choosing among themselves? And should the current CEO and Registrar be replaced by someone else who will be paid less than the incumbent’s HK$5 million compensation package?

The initiative to turn over the role of disciplining auditors of listed companies to an independent body has been moving very slowly, even though the delay is taking a toll on Hong Kong’s reputation as a major financial center

The winds of change are blowing at this once-staid statutory body charged with developing and regulating the accountancy profession in Hong Kong. Last month, the city’s Legislative Council started formal consideration of a bill that proposes to strip away HKICPA’s role of disciplining auditors of public interest companies and turn it over to the independent Financial Reporting Council, to bolster Hong Kong’s reputation for good governance.

A new Qualification Programme will be launched in June 2019, one that “offers alternative pathways and greater flexibility for students with different educational backgrounds, including sub-degree holders and non-accounting majors, to become CPAs.” And in response to technology disruption, says new HKICPA president Eric Tong, analytics, artificial intelligence, robotics and so on will become more apparent in the Institute’s continuing professional development program.

More than a decade ago, the Institute gave up its role of investigating the audits of listed companies to the Financial Reporting Council, which was established in 2006. The move was made at the suggestion of the Institute, says Tong, who is Audit & Assurance Partner at Deloitte China’s Global Financial Services Industry Group (he is president of HKICPA for this year).

“HKICPA was an early advocate for an independent regulator of listed company auditors in Hong Kong, therefore we are keen to see the completion of this exercise,” he says. But the initiative has been moving very slowly, even though the delay is taking a toll on Hong Kong’s reputation as a major financial center – the city is ranked lower in governance than rival Singapore, which has had an independent overseer of public audits since 2004.

The government now appears to have grasped the nettle. The measure “is crucial to strengthening Hong Kong's status as an international financial center and capital market,” says Secretary for Financial Services and the Treasury James Lau. “The Bill will enhance the existing regulatory regime for auditors of listed entities, allowing it to be independent from the audit profession, thereby providing better protection to investors.”

For all of Tong’s full-throated support, however, the HKICPA is trying to shape the bill more to its membership’s liking. As gazetted, the bill broadly addresses the Institute’s worries, says Tong, but “some of our concerns remain.” One is the proposed three-fold increase in the Financial Reporting Council’s budget, to HK$90 million every year.

“Judging from our own experience in regulation, inspection and discipline, the figure seems very high considering the number of PIE [public interest entity] auditors under the purview of FRC,” says Tong. “The government needs to be more forthcoming and transparent with the funding parties, to ensure everybody is comfortable that their respective contribution is reasonable and fair.”

Under the proposed bill, the FRC will be funded 25% by the HKICPA, 25% by the stock market and the Securities and Futures Commission, and 50% by a levy on investors, so it is tempting to conflate the proposal to refund half of the HKICPA’s cash holdings to the members with the rise in the FRC’s budget. Tong says one has nothing to do with the other. The Institute just happens to have the “nice problem” of having a huge reserve, and it’s only right to consult members on what to do with it.

How many of those FRC investigations has the HKICPA acted on in terms of discipline? “We are not disclosing that data, because it is sensitive,” says Tong

While expressing reservations about the FRC’s budget, the HKICPA also wants to make sure that the FRC has “sufficient persons with relevant, practical and up-to-date auditing skills and experience,” according to Tong. "This includes the FRC Council itself, inspection and investigation teams, disciplinary tribunals and independent case assessors and appeal panels.” But hiring those people – the FRC’s current headcount is only 22 – could possibly require a lot more than the proposed HK$90 million (or the lower amount that the HKICPA seems to think should be enough).

How to reconcile those rather incompatible demands? One solution may be for the government to pick up more of the tab. “The Government has given seed money to all these regulators [Securities and Futures Commission, Mandatory Provident Fund Schemes Authority and the new Insurance Authority],” Kenneth Leung, who is the legislator for the accounting sector, told the South China Morning Post. “Why is there no fair treatment to the auditor regulator?”

Set up last year, the Insurance Authority received HK$650 million to fund its first four years of operations. The UK’s Financial Reporting Council, which Tong says is a closer model for Hong Kong’s FRC because of its flexible principles-based approach as opposed to the rigid compliance approach of America’s Public Company Accounting Oversight Board, has a budget of £35 million or HK$378 million. (The much bigger PCAOB operates on US$250 million or HK$1.9 billion annually.) Leung wants the government to fund the FRC to the tune of HK$300 million, a request that Financial Secretary Paul Chan has said the government will consider.

Tong says the current system, where the FRC investigates and the HKICPA takes care of inspections and sanctions, is “working fine.” From 2010 to 2016, says the Institute, its Quality Assurance Department has referred a total of 12 cases on significant non-compliance with professional standards to the FRC for investigation. For its part, according to its website, the FRC has completed 11 investigations as of last year; 40 investigations are on-going. How many of those FRC investigations has the HKICPA acted on in terms of discipline? “We are not disclosing that data, because it is sensitive,” says Tong.

The HKICPA president also declines to be drawn on how much he thinks the FRC’s budget should be. “We have not been given the details, so we can’t comment,” says Tong. “We know it’s high, but we don’t know why it’s high.” The HKICPA is not commenting either on Leung’s demand for the government to contribute HK$300 million to set up the FRC, without knowing the details of the proposed budget.

The HKICPA also wants more clarity on the bill’s other provisions, including how non-Hong Kong auditors will be regulated and the penalty for non-compliance – a number of member firms believe that the maximum penalty of HK$10 million “will impose an undue burden on smaller firms,” says Tong. Another concern is the FRC’s power to direct the HKICPA to take specific action, which Tong says must not be exercised “without following a due process that is no less robust than the HKICPA’s existing processes, such as public consultation.”

Singapore Management University has started a new Master of Science in Accounting (Data and Analytics) program, along with a second major in accounting data and analytics for undergraduates. Tong says the HKICPA is in contact with local universities, but it is up to them to offer these programs

While seeking to influence the final outline of the audit-the-auditor reforms, the HKICPA is also trying to make sure that Hong Kong accountants are equipped with the business skills and technology tools of the modern age. Once again, Singapore has been ahead of Hong Kong in this area – the Singapore Qualification Programme was revamped way back in 2013 to allow a career pathway for graduates with either accountancy or non-accountancy degree.

Tong expects to see the new Hong Kong QP helping to turn out the “Accountant-Plus,” a finance professional that not only has knowledge of financial reporting, business finance, business assurance and taxation, but also possesses higher-order enabling skills such as problem solving and critical and lateral thinking. “In the new syllabus, we put more emphasis on analytics,” he says, in response to the increasing importance of Big Data in both business and practice.

The Institute is very much aware of technology and how it can disrupt the accounting profession. One of the three pillars of the 7th five-year strategic plan, to be rolled out next year, is technology and how it is changing the auditing practice, the business world and the Institute itself. “It’s all about robotic process automation, Big Data, even artificial intelligence,” says Tong. An action plan to implement the strategic direction is being finalized.

The Singapore Management University’s School of Accountancy has started a new Master of Science in Accounting (Data and Analytics) program, along with a second major in accounting data and analytics for undergraduates. Is Hong Kong following suit? Tong says the HKICPA is in contact with local universities and other educational institutions, but it is up to them to develop and offer these programs.

One of Asia’s staid accounting bodies seems to be accelerating its response to transformative changes, technologically and in terms of oversight and regulation. It remains to be seen, however, whether the HKICPA can really respond effectively to the winds of change.