Getting Rich by Doing Good: The US$30-Million Whistleblower 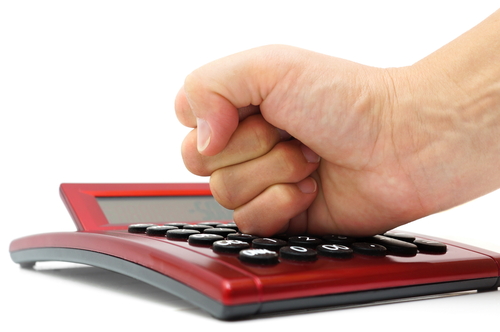 Two announcements from the US Securities and Exchange Commission (SEC) captured the attention of the media and finance professionals in the past month.

“Whistleblowers from all over the world should feel similarly incentivized to come forward with credible information about potential violations of the U.S. securities laws”

The second announcement was more dramatic. On September 22, the SEC said it expected to award more than US$30 million, the largest reward ever, to a whistleblower who was living outside the US.

The award “shows the international breadth of our whistleblower program as we effectively utilize valuable tips from anyone, anywhere to bring wrongdoers to justice,” said Sean McKessy, Chief of the SEC’s Office of the Whistleblower.

“Whistleblowers from all over the world should feel similarly incentivized to come forward with credible information about potential violations of the U.S. securities laws.”

You don’t have to be in the US

In other words, someone in Asia can receive millions of dollars by alerting the SEC of a violation by any company that is subject to America’s securities laws, such as an Asian multinational that has shares trading in the US as American Depositary Receipts, for example, and the Asian unit of a US-listed multinational or a privately held company incorporated in the United States.

And that someone can be an internal auditor or compliance officer, or potentially even the financial controller and CFO. “These individuals may be eligible for an SEC whistleblower award if their companies fail to take appropriate, timely action on information they first reported internally,” said McKessy.

By law, the SEC must protect the confidentiality of whistleblowers, so it does not disclose information that might directly or indirectly reveal a whistleblower’s identity. So we do not know the identity of the US$30-million man (or woman), and whether he or she is based in Asia or elsewhere. We don’t know the name of the internal auditor that got US$300,000, either.

But since the program was started in 2012, the Office of the Whistleblower has handed out 14 awards, four of them to people outside the United States. The first, in 2012, totaled US$50,000. In 2013, some US$25,000 was awarded to three whistleblowers who aided the SEC and the US Department of Justice in closing down a fake hedge fund. Once the government collects all the fines imposed, the whistleblowers are likely to collect more than US$125,000.

Before the US$30-million award, the previous high was US$14 million in 2013. In that case, the whistleblower “provided original information and assistance that allowed the SEC to investigate an enforcement matter more quickly than otherwise would have been possible,” said the agency.

“Less than six months after receiving the whistleblower’s tip, the SEC was able to bring an enforcement action against the perpetrators and secure investor funds.”

If you’re interested in participating in the whistleblower program for monetary gain or to stop wrongdoing in your company or another firm (or both), here are some things to know:

Eligibility: “An ‘eligible whistleblower’ is a person who voluntarily provides us with original information about a possible violation of [US] federal securities laws that has occurred, is ongoing, or is about to occur,” says the Office of the Whistleblower.

One or more people can be a whistleblower, but not companies or organizations. “You are not required to be an employee of the company to submit information about that company,” says the agency.

An award is granted only if the information results in enforcement action that involves at least US$1 million in fines. The amount of the reward can range from 10% to 30% of the realized amount (that is, what the Office of the Whistleblower actually gets).

Nature of information. The Office of the Whistleblower’s online questionnaire lists the following as the general categories that describes the original information:

If you are the internal auditor: The whistleblower in the recent US$300,000 award had reported his or her concerns about wrongdoing to appropriate persons within the company, including a supervisor.

When the company took no action within 120 days, the whistleblower reported the same information to the SEC, which took enforcement action that resulted in a fine of at least US$1 million.

“Although internal reporting is not required to be considered for an award, you may be eligible for an award for information you reported internally if you also report the information to us within 120 days of reporting it internally,” says the  Office of the Whistleblower.

“Under these circumstances, we will consider your place in line for determining whether your information is ‘original information’ to be the date you reported it internally.”

“In addition, if the company to which you reported conducts an investigation and reports the results to us, you will benefit from all the information the Company’s investigation turns up when we are considering whether you should receive an award and if so where the award should fall in the 10% to 30% range.”

If you are the CFO, FC, and others in finance: This situation has yet to be tested, but in theory, these positions should be eligible for a whistleblower’s award.

“Individuals who perform internal audit, compliance, and legal functions for companies are on the front lines in the battle against fraud and corruption,” says McKessy. “They often are privy to the very kinds of specific, timely, and credible information that can prevent an imminent fraud or stop an ongoing one.”

Also to be tested is the case of external auditors turning whistleblower on a client. Again, in theory, they are “on the front lines in the battle against fraud and corruption,” so the Office of the Whistleblower may consider them eligible.

However, external auditors can be exposed to legal action by their firm and the client company given the confidential nature of the business engagement. They may also lose their CPA accreditation and membership in professional accountancy bodies.

How to file a complaint

The Office of the Whistleblower has made it easy for potential whistleblowers to report wrongdoing online (Click here to access the “Submit a Tip” tool) or by mail or fax:

If you wish to be anonymous but still be eligible for an award, you must be represented by a lawyer who would act as point of contact with the SEC. If you are not interested in the award, you can submit anonymously.

Either way, you would have the satisfaction of knowing you have become part of rooting out fraud and corruption. The prospect of getting a US$30 million reward is not too bad, either.