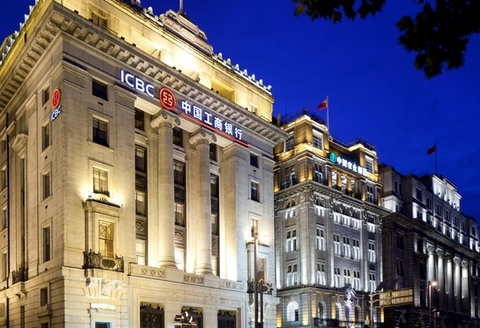 The recent cut in China's required reserve ratio (RRR) is an effort to guard against liquidity shortage with the use of policy tools rather than a step toward more expansionary policy, said Fitch Ratings on Thursday.

The one-percentage point cut will apply to banks that faced high RRR ratios (of 17% or 15%), which includes the large banks, mid-tier banks, city banks, non-county rural and foreign banks.

The freed-up liquidity will be used to first repay outstanding medium-term lending facility (MLF) loans, which the People’s Bank of China (PBOC) estimates at RMB 900 billion.

The central bank expects that the extra liquidity will support lending and lower interest rates to micro enterprises, and this will form part of these banks' Macro Prudential Assessment.

This leaves around RMB 400 billion of additional liquidity that will be released into the market, with city and non-county rural banks the most likely to benefit, said Fitch.

The changes will lower funding costs for banks that currently use the MLF. Banks earn interest of 1.6% on their required reserves, while they pay interest of 3.2% to the central bank on MLF loans.

The requirement that banks increase lending to micro enterprises will alleviate pressure on borrowing costs for this targeted sector, the rating agency noted.

“It reflects efforts to support inclusive finance and is in keeping with the more targeted RRR cut in September 2017—which only applied to banks that meet criteria on lending to rural and micro enterprises—rather than a shift in policy stance.” Fitch said.

“Indeed, macro-prudential tightening measures—aimed at curbing shadow banking and excessive reliance on inter-bank funding—have been more concerted and persistent than we had previously expected. The measures contributed to a slowdown in growth of bank claims on non-bank financial institutions to 3% year-on-year in February 2018, compared with a 40% CAGR from 2013-2017,” it added.

That said, overall RMB loan growth of 12.8% at end-March was still higher than RMB deposit growth of 8.7%, implying continued deposit pressure at banks.

“While we still expect efforts to contain financial risks to remain the policy focus through most of 2018, the government still clearly places much store in achieving high growth rates—6.5% of GDP growth in 2018. This suggests that near-term growth would not be allowed to fall too far without a policy response. Macro-prudential tightening has so far been made in the context of growth exceeding targeted levels.”