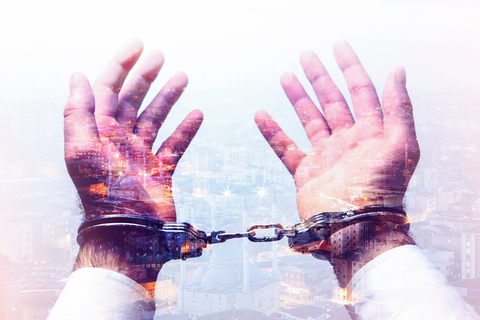 Two senior Goldman Sachs bankers and Malaysian financier Jho Low have been charged by the US Justice Department for one of the world’s biggest financial scandal.

Former Goldman head of Southeast Asia Timothy Leissner, 46, pleaded guilty to conspiring to launder money and violate foreign anti-bribery laws for helping siphon off billions of dollars from a fund known as 1Malaysia Development Bhd or 1MDB, according to filings unsealed Thursday.

Former Goldman managing director Roger Ng, 51, was arrested in Malaysia on Thursday while and the alleged mastermind of the fraud, Malaysian financier Jho Low, 36, is at large and was last seen in China, according to Malaysian authorities.

Both Ng and Low were indicted on three counts of conspiring to violate foreign anti-bribery laws and launder money.

Low had ties to government officials and acted as an informal advisor to the 1MDB fund, according to prosecutors. He maintains his innocence, according to a statement by his legal team.

Goldman underwrote about US$6.5 billion in bonds for 1MDB and was paid US$600 million in fees.

The indictment alleges the bankers bribed government officials to get the bond deals, controlled offshore accounts where the stolen money was funneled and helped launder the proceeds.

Authorities say billions of dollars were embezzled from the state fund to buy art, property, a private jet - and even to help finance the Wolf of Wall Street film starring Leonardo DiCaprio.

The scandal has prompted investigations globally and played a role in the election defeat earlier this year of Malaysia's former prime minister, Najib Razak, who is accused of pocketing US$700 million from the fund he set up.

Another Goldman partner is cited as an unnamed co-conspirator by prosecutors as well. The unnamed partner was alleged to have known the bribes paid and helped Leissner get around Goldman’s internal compliance officials.

Leissner will forfeit US $43.7 million and is scheduled to be sentenced in January.