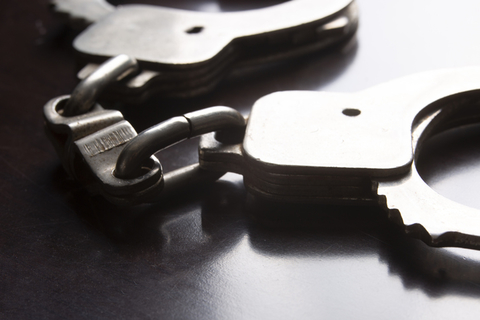 Nissan Motor said it will remove chairman Carlos Ghosn after he was arrested in Tokyo for allegedly violating Japanese financial law.

The auto maker said in a statement on Monday that over many years Ghosn and board director Greg Kelly had “under-reported” compensation amounts to the Tokyo Stock Exchange.

According to a Reuters report, Japanese media said Ghosn had reported about 10 billion Yen (US$88.9 million) of annual compensation as about 5 billion Yen for several years.

In addition, Nissan said Ghosn committed “numerous other significant acts of misconduct” such as personal use of company assets and made “inappropriate investments”, without providing specific details.

Nissan CEO Hiroto Saikawa said in a press conference on Monday that he’d propose the removal of Ghosn and Kelly to the Board of Directors this coming Thursday.

According to Saikawa, a wider investigation began after a whistle-blower passed information to Nissan’s auditors while the evidences collected was sent to Japan’s public prosecutor.

Nissan refused to specify the number of people involved in financial misconduct but saying Ghosn and Kelly were the “masterminds” behind it.

Governance issues: Concentration of power in one executive

The CEO admitted too much power had been concentrated on Ghosn.

“The problem of governance was significant,” Saikawa said. “Looking back, after 2005 when he became CEO of both Renault and Nissan, we did not really discuss the implications.”

One of the most famous figures in the automobile industry, Ghosn is best-known for saving Nissan from going bankrupt.

Brazilian-born, of Lebanese descent and a French citizen, Ghosn joined Nissan in 1999 after Renault bought a controlling stake and became its CEO in 2001. He remained in that post until last year.

The Nissan chairman’s financial misconduct is one of the financial scandals in recent years in Japan which has pushed companies for better governance as a result.

Back in 2015, Toshiba admitted that it had overstated profits by more than 150 billion yen over seven years.

Will the Renault-Nissan alliance stay?

The scandal raises questions about the Renault-Nissan alliance that he personally shaped and had pledged to consolidate with a deeper tie-up.

French car manufacturer Renault owns 43.4%of Nissan, while Nissan owns 1% of Renault, with no voting rights in a partnership that began in 1999.

Since 2016 Nissan has held a 34 percent controlling stake in its smaller Japanese competitor, Mitsubishi.

He was quoted as saying in a Reuters report that the country will ensure the stability of Renault and of the alliance between the two car makers.

Is your senior management overpaid?

The arrest of Ghosn also raises once again the issue of overpaid CEOs and senior executives.

Ghosn has been among the best paid executives in both Japan and France for several years, receiving multiple paychecks as a result of his different roles—CEO of Renault as well as chairman of both Nissan and Mitsubishi.

His fat paychecks have regularly drawn criticism. According to a Bloomberg report, he was paid about 1.1 billion yen (US$10 million) for 2016 and about $6.5 million in the most recent fiscal year at Nissan.

He was paid about US$8.5 million at Renault and about US$2 million from Mitsubishi in the latest period, the report says, adding that his package for 2017 at Renault was narrowly passed by Renault shareholders after Ghosn's acceptance of a 20% reduction.

In total, he received US$17 million last year from the three car makers.