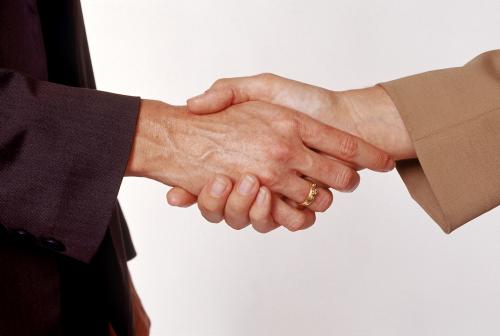 How much is the cost of the finance function as a percentage of total revenues? “The average is around 1.4%,” says Charles Tilley, chief executive of the Chartered Institute of Management Accountants (CIMA). “That of well-run companies is somewhere between 0.6% and 0.7%.”

Accounting bodies like CIMA would seem to have a special responsibility here because you’re the ones training and testing accountants. Have your basic qualification training and the continuing education programme been transformed to respond to this kind of environment?

I’m very proud of the CIMA qualification. We’re the only international accounting body, first of all, that’s solely focused on business.
We have three pillars to our qualification. It’s obviously very important to understand financial accounting, so that’s one of the basics. We also need to understand management accounting, and that’s our core, if you like. But you also got to know business. You got to have a passion for business, and therefore the whole area of project management, business process reviewing, marketing, HR, etc, they’re all covered.
Our qualification is a business finance qualification. It’s teaching the language of business, and it’s teaching you to be, firstly, somebody who really adds value to the finance team, but secondly, has the ability to go on beyond.
What about governance? What about the environment and sustainability? Are these integrated into the curriculum?
The space that we think is ours is five areas. One is enterprise governance, which is the role of the board, governance and so forth. The board’s role is also driving forward the strategy. Then performance management -- what are the decisions being taken about how we use resources and how do we manage risks? And then the reporting, which is internal and external. To do those things, you actually need to have good management and leadership skills, good influencer skills, and so forth.
Finally, and this is where professional bodies are so important, and where I hope the world is going to embrace professional bodies generally and CIMA particularly, is the whole area of ethics. We are wrapped in professional standards. We want our people to do the right thing. It’s very difficult to train in ethics, but it’s absolutely a key element [in accounting and business].
AFTER THE CRISIS
I have heard a lot of business analysts speculating about the ‘new normal’ post-crisis, when an entirely new business world is supposed to emerge. What do you think the new normal will be in Asia, where the Great Recession appears to be nearly over?
We have been working with PricewaterhouseCoopers on board leadership issues. The new normal might be, and I hope it is, that company boards clearly remember that their job is [to ensure] performance, and that performance is not short term but the long term sustainability of the business.
What comes into that long term sustainability? Undoubtedly it’s the environment. Fifteen years ago the picture of an environmentalist was a guy with very long hair, scruffy and dirty. The new environmentalist is [represented by] Stuart Rose, chief executive of [British retail chain] Marks and Spencer. They have just put in a huge environment programme they call Project A. When asked what Project B was, he said there’s no Project B; we cannot afford to fail [with Project A].
I think the environment is absolutely out there from a corporate perspective for two reasons. One is because if you get it right, in many instances you can make money. If you look at [British supermarket] Tesco in terms of how they’re running their fleets of trucks, the efficiency of the engines at the outset manages to reduce fuel costs massively. You see Wal-Mart now, for instance, having huge solar power panel on top of their shops. Their shops run off the sun and that’s cost-savings.
And their customers like it. You’ve got customers saying: we want environmentally friendly things, be they be shampoos, washing powders, cars. The environment is now real. I sit on the [supervisory board of the] Prince of Wales’s Accounting for Sustainability project. He’s done a fantastic job of raising the profile of how [a company’s sustainability performance] is reported. Last week I chaired a roundtable of property companies and what they’re doing on sustainability. It’s now very much the case that their clients are saying: we want sustainable buildings that are much cheaper to run and so forth. It’s no longer tree-hugging; it’s now a business imperative.

And the finance function and CFO are responsible for measuring and reporting all this?

Absolutely. It’s the old adage – what gets measured gets done. In the session we had at Clarence House, fantastic work being done by accountants in terms of the measurement. Basically, the accountant is in a brilliant position. Instead of having this data being just financial, you want it to be the whole business, about everything that matters. He’s connecting the financials with the customer data, with production data and so forth. It’s what the best accountants have always done.
How is the process of developing and standardising non-financial measurement and benchmarking coming along?
There are some standards, but one size absolutely doesn’t fit all. It’s not like IFRS. I think what one sees is, over time, and this is what investors are pushing for, there will be industry standardisation. So if a retail analyst finds that the way [upscale department store] Lane Crawford presents [sustainability] information is completely different from [mid-market retailer] Dairy Farm, that’s disastrous as far as he is concerned. How does he do his comparisons? So it’s got to be consistent across business segments.
Read more on
accountancy outsourcing and shared services