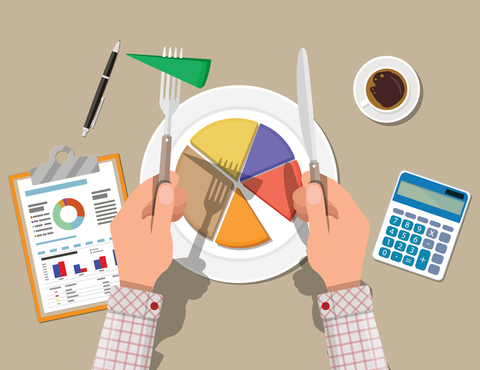 This is the CEO's response to the call to break up big four firms seen as oligopolies dominating the UK's audit market. Overall, EY’s FY 2018 revenues grew by 7.4% in local currency and 11% in US dollars compared with FY17. Revenues from Audit grew 4.4% year-on-year, the least among the different business lines. Advisory saw a 10.1% growth and tax 6.4%. Revenues from transaction advisory services were 13.9% higher than last FY’s.

“When we bring an audit team to a client, it’s made up of technology experts, tax experts, and valuation experts,” Weinberger pointed out. “Without a multi-disciplinary group of people, we could not serve clients like Google, Amazon, Facebook, and Salesforce because these are required to assess their risks going forward as a business.”

In late August, audit industry representatives in the UK met with regulators to discuss putting a limit on the big four accounting firms’ market share after members of the parliament called for a breakup of these heavyweights.

Big four breakup is unlikely in Asia Pacific
There have also been speculations about whether the breakup discussion might come to Asia. Even if that happens, the impact on the big four is limited because they are networks of companies using the same brand and each of them is an independent entity in its jurisdiction.

Therefore, issues arising in one jurisdiction will not impact companies in others while audit requirements in one particular jurisdiction would not be applicable globally.

The report says that Carillion exposed the UK’s audit market as a “cosy club incapable of providing the degree of independent challenge needed.

After the collapse of the outsourcing firm, there were calls for breaking the big four into more audit firms and detaching audit business from consultancy.

Audit failings on the rise

Audit failings in the country have also been on the rise. The value of fines levied by the Financial Reporting Council (FRC) against auditors has risen 23% to £17.96 million (US$23.58 million) in 2017/18, up from £14.59 million (US$19.15 million) the previous year, according to research from Thomson Reuters.

There's been increasing pressure on FRC to crack down on subpar audit work and to raise the amount of penalties.

Earlier this year the regulator introduced fines up to £10 million (US$13.12 million) for seriously poor audit work based on recommendations from a report chaired by retired Court of Appeal judge Sir Christopher Clarke.

One of the recommendations in the proposal by industry players and accounting bodies is a limit on how many of the 350 biggest companies in the UK a big four firm can audit. At the moment the big four firms check the books of almost all those leading corporations in the country.

Other suggestions include having audits shared by a big four firm and a smaller rival while the big four could also license their technologies for smaller audit players to use.

According to media reports, smaller auditing firms such as Grant Thornton indicated that it’d give up bidding for top audits as they failed to win bids after costly exercise in which companies only struck deals with the big four players.

In addition, there is also a recommendation suggesting that an independent body picks the auditor for companies, a task of a firm’s audit committee now.