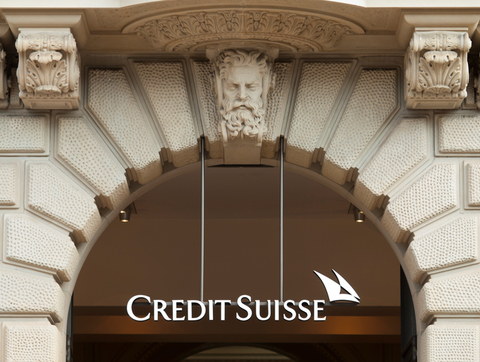 Credit Suisse Group AG will pay around US$77 million to settle US probes into its hiring of people related to government officials in China and other Asia Pacific countries for lucrative business, said the US Securities and Exchange Commission on Thursday.

While Credit Suisse’s Hong Kong unit will pay a $47.03 million criminal fine and enter a non-prosecution agreement, the Swiss bank will pay $29.82 million to settle related U.S. Securities and Exchange Commission civil claims, according to a statement by the SEC.

The bank violated the Foreign Corrupt Practices Act by hiring and promoting people connected with Asian government officials from at least 2007 through 2013, as a quid pro quo to win banking business, SEC said.

Credit Suisse offered jobs to more than 100 individuals referred by or connected to government officials, resulting in millions of dollars of business, SEC noted.

“Bribery can take many forms, including granting employment to friends and relatives of government officials.  Credit Suisse’s practice of engaging in these hiring practices violated the law, and it is now being held to account for having done so,” said Charles Cain, Chief of the SEC Enforcement Division’s FCPA Unit.

Many of these “relationship hires” or “referral hires” were less qualified than other job candidates who didn’t have such ties as they were employed without proper screening.

Credit Suisse senior managers in Asia Pacific at times agreed in principle to hire a referred candidate before conducting interviews or vetting of any kind, based on business advantages the government official who referred the candidate could provide, SEC said.

In addition, senior managers in the region engaged in sham practices intended to give the appearance of a regular hiring process being followed, the regulatory body said, adding that those managers instructed subordinates to conduct interviews of referral candidates and automatically score the candidate highly, regardless of his/her actual performance.

Some of the wrongdoings in Hong Kong

One of such hires was the daughter of a high-ranking official at a Chinese energy-related state-owned enterprise (SOE) in 2010 while that official was the controlling shareholder of that particular company, the SEC order revealed.

In 2008, the Hong Kong unite hired the nephew of a senior Chinese government official, despite the fact that the nephew lacked investment banking qualifications, said SEC.

While a Credit Suisse Hong Kong manager acknowledged that “most likely he will not be good”, the hire was made at the request of a government official with a Chinese SOE from which Credit Suisse was seeking to win business, according to the SEC order.

The same Credit Suisse HK manager reasoned that “there is a relationship hire in every industry” and stated that this particular individual should be hired in order to “open doors on SOE fronts which we are in lack of and our marketing effort has been handicapped, the SEC order says.

After repeated efforts to “leverage” the referral hire to obtain business from various Chinese SOEs, Credit Suisse HK successfully won a mandate generating about US$475,170 in revenue for the bank.

JPMorgan Chase was also fined US$264 million by the US government in November 2016 to settle allegations that it had hired the children and relatives of influential Chinese policymakers or officials in the hope of winning their business.