Audit Opinion: ‘Self-Regulation Is Not Working in Hong Kong’ 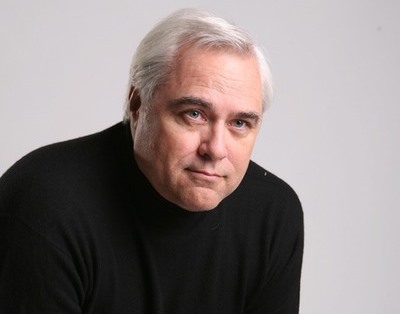 I wrote last December about a discussion going on in Hong Kong on whether to toughen audit regulation to bring Hong Kong in line with global practices. Hong Kong had suffered the insult of losing regulatory equivalency with the European Union in accountancy because of its weak regulatory regime.

The Hong Kong Institute of CPAs (HKICPA) led the debate, and based on the comments, most members seemed aghast at the concept of tough audit regulation. The HKICPA concluded its consultation with members on January 17, 2014 – and the debate went silent.

I hope the issue gets revived. Hong Kong practices self-regulation in accountancy. That means the accounting firms regulate themselves.

After Enron, the rest of the world pretty much concluded self-regulation does not work. It is not working in Hong Kong.

I offer as evidence the case of former EY senior partner Anthony Wu. He was found to have violated auditor independence rules because he was a member of the client’s executive committee, authorized signer on 13 client bank accounts, had significant personal dealings with client subsidiaries, loaning the client money, and having EY collect a retainer for his services as a financial advisor.

The client, New China Hong Kong Group, collapsed in 1999, spawning a series of legal claims. Eventually complaints were filed with the HKICPA about Wu, another EY partner, and EY itself. Auditor independence is fundamental to the accounting profession, so the allegations were serious.

But it took the HKICPA two years just to decide whether to investigate the complaints.

That was understandable, in Hong Kong anyway. Wu is a high profile CPA in Hong Kong. He was Chairman of EY from 2000 to 2005.

He was awarded the Gold Bauhinia Star (Hong Kong’s highest honor) and served as Chairman of the Hospital Board and the Chamber of Commerce. He also served on several high profile government and corporate boards, and the China People’s Political Consultative Committee.

The HKICPA investigation dragged on for another two-and-a-half years. The case was finally heard by a HKICPA disciplinary committee in May last year, making it the longest running case in HKICPA history by a huge margin.

HKICPA issued the report of the investigative committee late last Christmas eve, raising suspicions they were trying to bury the incident.

Curiously, while the disciplinary committee found that Wu, his partner, and EY had violated the independence rules, they did not administer any sanctions. Almost six months later, the HKICPA website still does not show any sanctions.

The HKICPA has limited sanction power anyway. It can ban a CPA from practice, something that would probably no longer affect Wu (who no longer works in accountancy), but could be devastating to EY.

It can levy a fine of up to HK$500,000 (US$64,500), which is grossly inadequate for a violation of public trust of this nature. Or it can issue a reprimand, a verbal slap on the wrist.

The violations are serious and Wu should receive the maximum penalty. And maybe that Gold Bauhinia Star ought to fade.

HKICPA’s disciplinary committee needs to step up and do its job.

Most importantly, Hong Kong needs to set up an independent audit regulator with sufficient funding to clean up the profession.

Dr. Paul Gillis is a CPA and Professor of Practice at Peking University’s Guanghua School of Management. This opinion piece first appeared on China Accounting Blog, and was re-edited for clarity and conciseness. Dr. Gillis’s opinion is his own and does not necessarily reflect that of CFO Innovation.