As Effectivity of IFRS 16 Looms, CFOs May Have Less Time Than They Think 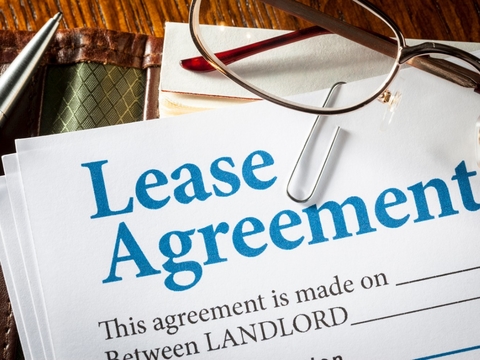 At the 5th CFO Innovation Forum in Manila in June, Shahzad Mahmood had sage advice to the finance professionals in attendance. Don’t underestimate the impact of IFRS 16: Leases on your financial statements, he warned.

Your company’s financial metrics can change, said Mahmood, who is CFO in the Philippines of IBEX, a global provider of Business Process Outsourcing services, and a chartered accountant formerly with Grant Thornton in his native Pakistan. “That could lead to your company breaching debt covenants.”

Organizations like IBEX, which has long-term leases on large spaces that serve as 24/7 sites for thousands of BPO workers, will need to closely study the potential impact. That is true as well for companies in sectors such as retail, transportation, construction and IT & professional services – and any enterprise that has material off-balance sheet commitments.

The issue has taken on urgency because IFRS 16 (and the counterpart ASC 842 issued by the FASB, for companies reporting in US GAAP) becomes effective for financial periods beginning on or after January 1, 2019. Finance and accounting departments must therefore make sure they can extract accurate data points from lease agreements and must coordinate with other business units including corporate real estate, procurement and IT.

Implementing the new standard will be a big undertaking. Deloitte reckons that public companies, in particular, should make their lease accounting software and systems operational by the end of September or early October

Under IFRS 16, companies must treat all leases as finance leases (except for short-term or low-value leases). In the statement of financial position, the party that rents the asset (the lessee) recognizes the asset and the liability for the lease. Meanwhile, in the statement of profit and loss, the lessee recognizes the interest cost and the depreciation of the leased asset, instead of the operating lease expenses as was the case under IAS 17, the standard being replaced.

According to Big Four accounting firm Deloitte, IFRS 16 can:

Deloitte arrived at these conclusions after assessing the operational lease obligations of the largest 50 publicly listed Dutch companies (excluding financials and real estate firms) in the AEX, AMX and ASCX. It found that the combined net debt of those companies increased by some €45 billion, about 30%.

“We even observe that for nine out of 50 companies, the increase of net debt is over 50%,” writes Maurits van Maren, Director, M&A, Valuations & Modelling, at Deloitte in the Netherlands, in “New IFRS 16 Lease Standard: The Impact on Business Valuation.”

Van Maren says IFRS 16 should have no impact on fundamental valuations “since the substance of the lease does not change the economics and cash-flow generating capacity of the business.”

What could change are “the outcomes of valuations” – meaning the financial ratios that investors, banks and other parties rely on in part when making investing and lending decisions, and specifically, M&A acquirers when valuing target companies.

First, enterprise value – calculated as the sum of the market cap and net debt – will increase. Assuming that equity value is unchanged, the Deloitte analysis finds that the combined enterprise value of the 50 Dutch companies studied increased by 6% post-IFRS 16.

Decision-makers will also appreciate getting a heads up from finance about the impact on leverage ratios, valuation and other metrics early enough as they consider M&A and other transactions in 2019

In Discounted Cash Flow models, where enterprise value is assessed based on the Net Present Value (NPV) of expected Free Cash Flows (FCFs), Deloitte sees an increased “sensitivity for errors” in two areas:

Offsetting depreciation related to the lease by capex, which is already reflected in the lease obligation. For simplicity, capex is sometimes assumed to equal depreciation, particularly in the terminal value period. Committing this mistake post-IFRS 16 could result in undervaluation of companies with very long remaining lease terms.

Improperly incorporating the negative impact of future cash flows relating to the continuing of leasing from the moment the lease expires. If the negative impact is not explicitly reflected in future FCFs, the result could be overvaluation of companies with very short remaining lease terms.

In Market models, where valuation is based on market multiples, van Maren says the “vast majority” of EV/EBITDA multiples will decrease, the result of “the NPV of future lease obligations (increase in net debt and hence also in enterprise value) being relatively low compared to the current operating lease expenses (increase in EBITDA).”

The Deloitte analysis highlights the complications that IFRS 16 could bring and flags the need for CFOs and CAOs to make sure that all information related to leases is reported to finance and that the data is accurate and up-to-date. This can be a big challenge for companies where data points required by IFRS 16 have not been traditionally collected and whose geographical reach means lease contracts in multiple locations, currencies and languages.

Decision-makers will also appreciate getting a heads up from finance about the impact on leverage ratios, valuation and other metrics early enough as they consider M&A and other transactions in 2019.

Implementing the new standard will be a big undertaking, Deloitte warns in another paper. It reckons that public companies, in particular, should make their lease accounting software and systems operational by the end of September or early October this year to allow for testing and enable quarterly reporting in 2019.

“Unfortunately, implementation times for such packages can stretch out for six months to a year, meaning that any organization that hasn’t already started the process may need to consider a simpler solution in the interim,” says the accounting firm.

“For CFOs who might have been monitoring their organization’s progress only sporadically, this is the time to put it higher on the agenda.” Finance leaders like Shahzad Mahmood wholeheartedly agree.